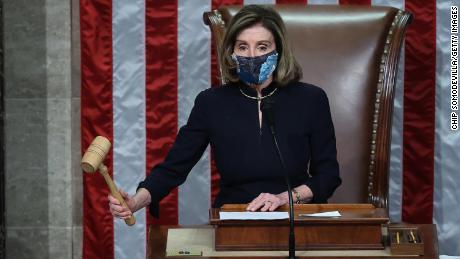 They appeared to reconcile, but other senior Republicans began breaking with the President, including Senate Majority Leader Mitch McConnell and Rep. Liz Cheney, the No. 3 House Republican. Ten Republicans voted for his impeachment in the most bipartisan impeachment vote in history. While only two months ago Trump seemed assured of dominant influence within the GOP going forward, he has squandered at least some of his sway in his ignoble final acts as President. Now, enraged and seeking revenge, Trump has raised the idea of starting a new political party in recent days, a senior adviser said. 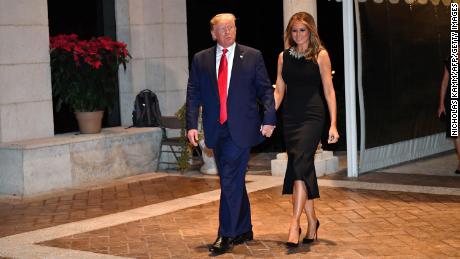 Trump enters his post-presidency facing swirling legal matters and with the fate of his business empire in doubt. He will retreat for now to his private Mar-a-Lago club in Palm Beach, Florida, where he has established residency, though there are questions of whether he’ll be allowed to live there permanently.
Without some of the protections afforded him by the presidency, Trump will become vulnerable to multiple investigations looking into possible fraud in his financial business dealings as a private citizen. He faces defamation lawsuits sparked by his denials of women’s allegations that he assaulted them. And then there are claims he corrupted the presidency for his personal profit.
Even as he exits the White House, there is little question that Trump’s shadow will cloud the capital for the foreseeable future. The matter of his impeachment still lingers in the Senate, which will begin a trial after Biden is sworn in. And Trump’s influence on his party’s direction going forward will amount to a reckoning for conservatives, who now must decide whether theirs is the party of a president who incited an insurrection on his way out of office.
Trump has left the Republican Party in civil war. Its leadership remains handpicked by the outgoing President and many of its newest faces are acolytes and beneficiaries of Trump’s willingness to break with political norms. But others — including both those who worked for him and those who have long warned of his dangers — would rather Trump disappear forever, relegated to fringe politics and zoning disputes in Palm Beach.
The likelihood that happens seems slim. Trump has amassed hundreds of millions of dollars in a leadership PAC formed after the election that he will be able to use for future political activity, including boosting candidates. There are few restrictions on how the money can be used.
Whether he runs again himself also remains an open question; when he lost in November he signaled to those around him that he was likely to attempt a return to the White House in four years. But since then, officials have cast doubt on his intentions, suggesting instead he was more interested in keeping the potential 2024 GOP field in limbo rather than seriously contemplating another run. 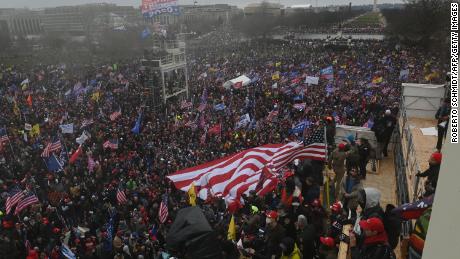 The results of Trump’s presidency are not particularly mixed. While there have been some achievements — a reshaped Supreme Court, a dismantled regulatory state and the brokering of diplomatic achievements in the Middle East — Trump’s overarching legacy is one of division and rancor capped by the catastrophic events of January 6, when he had 14 days left in his term.
From nearly the day he entered office, aides wondered whether he actually enjoyed the job of being president, its mundane daily tasks hardly a fit for a man who had never served in government, did not have much of an attention span and had previously expressed little interest in, say, health care policy or nuclear arms treaties.
“This is more work than in my previous life,” he told Reuters 100 days into the job. “I thought it would be easier.”
Trump had spent his previous decades cultivating a public profile as a savvy businessman and larger-than-life New York City mogul, despite a succession of bankruptcies and collapses. His second act as a reality television star with a penchant for race-baiting conspiracies (such as questioning President Barack Obama’s birthplace) led into his third act as president, and along with it an eye toward artifice and spectacle.
Trump’s experience as president was regularly frustrated by the limitations of the executive branch; steps he wanted to take were either illegal or met resistance from Democrats, who took control of the House of Representatives two years into his term.
Special counsel Robert Mueller’s investigation into Trump’s ties to Russia proved an immense distraction that preoccupied both the President and his White House. It resulted in the convictions of several Trump associates, many of whom he pardoned. 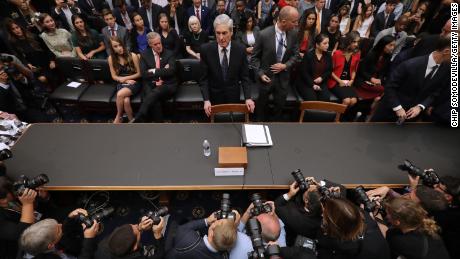 Instead of rising to the difficulties, Trump amended the job to fit his own liking. He mostly skipped reading lengthy intelligence documents, preferring in-person briefings that on some occasions left out important information about which Trump would later claim ignorance.
After attending most of the yearly world leader summits his first year in office and finding them a bore, Trump skipped the ones he deemed skippable in subsequent years, including the ASEAN summit at which America’s presence had been traditionally seen as a counterweight to China.
Most tragically, Trump showed little interest in leading the nation through the coronavirus pandemic, self-styling himself a “wartime leader” for a few days before reverting to downplaying the crisis and eventually pretending it did not exist. Even his own serious bout with the disease, which left him struggling to breathe and hospitalized, only seemed to strengthen his resolve to ignore it.
The more colorful trappings of the job interested him more. A fateful invitation to attend Bastille Day in Paris in 2017 turned Trump on to the thrills of a military parade, which he unsuccessfully lobbied for in Washington for another three years. He produced political spectacles at the Lincoln Memorial, Mount Rushmore and on the White House South Lawn, trampling presidential norms along the way.
But as he ran a dark and bitter campaign for reelection last year, even many of his advisers wondered whether he really wanted to serve another four years in office. He ignored entreaties on adjusting his political approach to better appeal to women and seniors, insisting throughout that what propelled him to power in 2016 — anti-immigrant race-baiting, stoking of class grievances and general fear-mongering — would work again.
He never adjusted to the reality that “Make America Great Again” lost its luster when uttered by an incumbent who’d already had four years to deliver. And amid a life-altering pandemic, he did not seize the opportunity to actually lead the nation through its most trying stretch in memory.
Now, the capital and the country, led by President Joe Biden, go about the work of picking up the pieces.

On May Day, Gig Workers Are Organizing an Intersectional Movement

Manchin Comes Out Against Yet Another Proposal From the Democrats: DC Statehood

Biden and Putin Agree to Begin Work on Arms Control &...