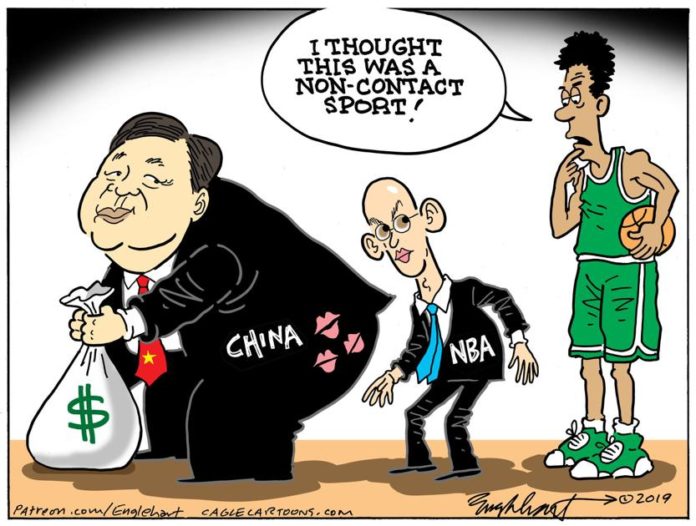 A U.S. Senator is demanding answers from NBA commissioner Adam Silver on his league’s relationship with China.

In a letter sent Tuesday to Silver, Sen. Marsha Blackburn (R-Tenn.) expressed “concern” over the NBA’s dealings with a country governed by a Communist regime that has abused human rights, squashed pro-democracy protests and hidden details on the coronavirus outbreak. Sports Illustrated obtained a copy of the two-page letter.

Blackburn is giving Silver a July 21 deadline to respond to three questions she poses at the letter’s end regarding China Central Television’s ban on NBA games, the league’s relationship with Chinese state-owned enterprise Alibaba and the league’s training center in the controversial region of Xinjiang. The relationship between China and the United States is at a “pivotal moment,” she writes, and it could eventually lead to a new Cold War.

While commending Silver’s prudent decision in March to suspend the NBA season, Blackburn believes that details on its relationship with China are “imperative” as the league reconvenes. “While the NBA has worked hard to raise awareness of social issues at home, there is concern that the league has turned a blind eye to human rights abuses committed abroad—even bowing down to pressure last year,” the letter says. “The actions of the NBA and some players have created an appearance that your league prioritizes profit over principle.”

The NBA and China have a deep and long history, dating back to the 1980s, when former commissioner David Stern began forging a relationship with China Central Television (CCTV) to broadcast the league’s games. In the early 2000s, the NBA’s presence in the country boomed during the playing days of native son Yao Ming. Since 2007, the NBA has held preseason games in the country each year except one. 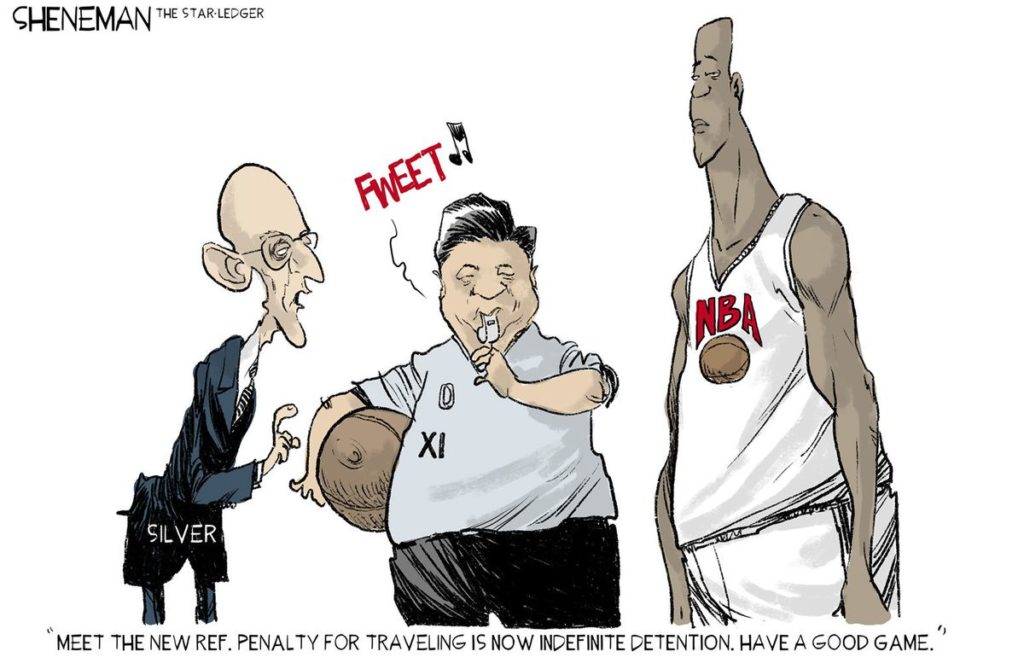 The relationship is worth millions each year, according to most estimates. But it hit a snag last fall, when Rockets general manager Daryl Morey created a stir by tweeting a message encouraging his followers to “stand with Hong Kong,” an independent region that for more than a year now has entered into pro-democratic protests against Beijing. The tweet, though quickly deleted, caused a now months-long divide between the league and China. CCTV has stopped all broadcasts of NBA games since the tweet in October, and Silver said earlier this year that the issue has cost the league a “substantial” amount that he described as “probably less than $400 million.”

In a statement, the league called the tweet “regrettable,” and its biggest star, LeBron James, described the message as “misinformed.” Lawmakers on Capitol Hill chided the NBA for its response, cowering to a communist government instead of supporting the democratic rights of the Hong Kong people. In her letter, Blackburn calls the fallout of Morey’s tweet “stunning” and urges the league to give “careful thought” in reassessing its relationship with the country.

Many in Washington view the NBA as a key entity in future government relations with China, a sort of leverage point that America may hold against the communist regime. Recent actions from China, detailed in the letter, have raised concerns with those on Capitol Hill. Chinese officials withheld knowledge of the coronavirus for months, hoarded personal protective equipment, destroyed test samples and arrested doctors who were warning the public.

China recently passed a national security law that calls for harsher sentences against Hong Kong residents who support secession, further eroding the region’s freedoms and eradicating its democratic identity, the letter states. Furthermore, Blackburn writes, China continues to violate the religious freedom and autonomy of the Tibetan people, while inhumanely treating the Uyghurs, a predominately Muslim ethnic group located in a region, Xinjiang, that reportedly houses an NBA training center.

The letter closes with these three questions/requests:

1. What are the anticipated financial consequences of China Central Television’s (CCTV) continued ban on the airing of NBA games?

2. Please outline the scope of the NBA’s relationship with Chinese state-owned enterprise Alibaba.

3. The NBA reportedly continues to operate a training center Xinjiang, one of the world’s worst humanitarian zones. What steps is the NBA taking to shutter this location?