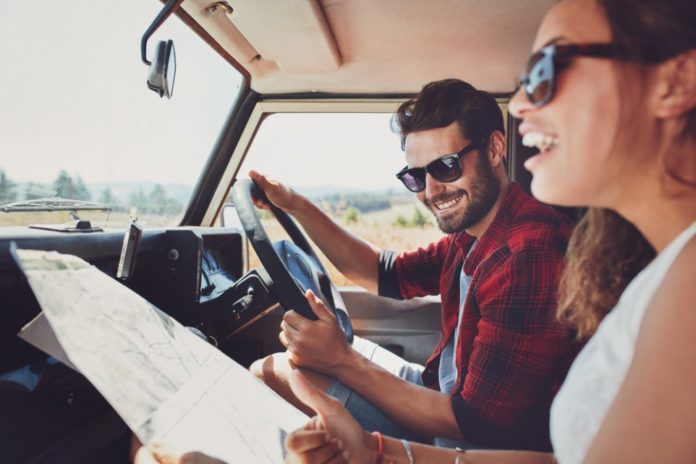 Driving with cannabis in the car is a funny thing in terms of the letter of the law. A bag in the front seat could get you a fine or worse, even in an adult-use state. Almost two dozen other states are medical cannabis-only, and open container laws can vary between them, too.

So where should you store it? For starters, ask yourself how you would transport legal alcohol.

“I just tell people, put it in your trunk, like a bottle of wine,” says Ngaio Bealum, an actor/comedian and longtime cannabis advocate who has transported cannabis throughout the US over the course of many decades.

It turns out the trunk isn’t a bad idea when it comes to satisfying the law in most states.

“So much of the regulation policy for cannabis is done through the filter of alcohol regulation,” said NORML Deputy Director Paul Armentano. “I wouldn’t be surprised to see this issue debated in other legal states.”

The issue may get debated more in the future, but for now it’s important to know current laws in each state to avoid a brush with the police you never saw coming. So, here are the basics on driving with cannabis in each of the 10 recreational cannabis states plus the District of Columbia.

Keep the cannabis in the trunk if you’re driving in Alaska, especially Anchorage, where the city assembly extended its open container laws to cannabis in 2016. But nearly two years after it was legalized, Alaska still has no set limit for the amount of cannabis that can be in your system while driving. This means if you get pulled over and are suspected of being under the influence, you’d better do an exemplary job of following the officer’s instructions during the field sobriety test.

California Vehicle Code 23222(b) is California’s “open container” law, which makes it unlawful to drive with any cannabis not in a container, or in an opened container. Similarly, California Business and Professions Code 26120 requires retailers to label cannabis products and place them in tamper-evident, child-resistant packaging with unique tracking identifiers.

California Highway Patrol Sergeant Glen Glaser said CHP officers are trained to recognize these uniform codes and enforce them. Glaser, who oversees the CHP’s Drug Recognition Evaluator Program, said the best way to avoid explaining a broken seal to an officer is just to store all cannabis in the trunk.

“The trickier part is the edibles that are on a big rise. How are officers going to determine what is and isn’t an edible?” Glaser said. “That’s where you’re going to have to fall back on sound professional judgement.”

Colorado law specifies drivers with five nanograms of active THC in their blood can be prosecuted for driving under the influence, though law enforcement officers are more likely to base arrests on observed impairment.

Colorado’s open container law makes it illegal to have cannabis in the passenger area of a vehicle if it’s in an open container, container with a broken seal, or if there is evidence that cannabis has been consumed. It’s also illegal to consume cannabis on any public roadway, and many Colorado Law Enforcement Officer have received advanced training in Advanced Roadside Impaired Driving Enforcement (ARIDE).

Under Maine law, individuals 21 years of age or older are allowed to transport up to 2.5 ounces (70 grams) of cannabis so long as the cannabis is kept sealed in a childproof container at all times in the vehicle.

A previous Massachusetts court case also confirmed that the “mere odor of burnt cannabis is insufficient cause to stop a motor vehicle.” Since cannabis is legal, smelling like it does not mean any crime took place. It’s another consumer protection against unlawful discrimination.

Cannabis in the car should be in a sealed container away from the driver and any minor passengers. Failure to do so could result in an open container fine. Las Vegas is also a major destination point, which makes it important to point out that it’s illegal to take cannabis across state lines even if the next destination has legal cannabis laws.

Nevada has historically been a pot-unfriendly state in terms of the law, and it’s unclear how open container laws may vary in enforcement throughout the remote parts of the state.

“Almost everything has to do with the individual personality of the officer,” says Bealum. He related a story from several years ago when he got pulled over in Nevada. “He handcuffed me and searched the entire entire car—that was fun.”

He said the officer threatened him with jail over cannabis he found in the trunk, but then he pulled back and just wrote him a ticket for expired vehicle tags. Bealum didn’t protest, saying, “Do you really want to spend the weekend in jail in Winnemucca?”

Per Oregon law (ORS 475B.245), a person the age of 21 or older may transport up to one ounce of cannabis in a public place, but details go hazy after that.

“The statute doesn’t specify how to transport the cannabis,” says Timothy Fox with the Oregon State Police.

One good rule of the road—and life really—is to ask yourself, “How would this behavior look from the perspective of a judge or a jury?” Act accordingly.

Under Act 86 passed in 2018, a person operating a vehicle on a public highway may not possess any cannabis in the passenger area of the vehicle, defined as any area readily accessible to the operator or passengers while in their seating positions, including the glove compartment. In a vehicle not equipped with a trunk, the area behind the last upright seat could suffice. Violators are fined $500—a steep price compared to the $25 penalty for an open container of alcohol. Vermont’s limits are also strict: up to one ounce of cannabis or five grams of concentrate is allowed.

Washington is specific about its cannabis transport laws. Cannabis must be stored in the trunk of the vehicle, in some other area of the vehicle not normally occupied or directly accessible by the driver or passengers if the vehicle does not have a trunk, or in a package, container, or receptacle that has not been opened or the seal broken or contents partially removed. A center compartment or glove compartment is not good enough.

You can possess or transport cannabis weighing less than two ounces, but here’s a buzzkill: federal officers can arrest you under federal law at any time for any amount of cannabis. For example, the US Park Police can arrest a person for possessing cannabis in the trunk of their car while at any National Park Service land.