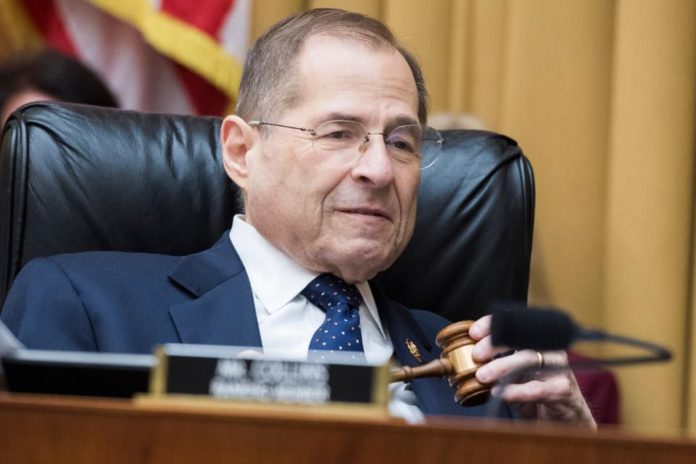 The chairman of the influential House Judiciary Committee authored a message to NORML’s email list on Monday—a notable signal of how the cannabis legalization movement has entered the mainstream corridors of power on Capitol Hill.

Rep. Jerrold Nadler (D-NY), who last month filed legislation to remove marijuana from the Controlled Substances Act and begin repairing the harms of prohibition enforcement, asked the advocacy group’s supporters to write their own members of Congress in support of his bill, the Marijuana Opportunity, Reinvestment, and Expungement (MORE) Act.

“America has a moral responsibility to pass my legislation to end the prohibition of marijuana and take on the oppression at the heart of the War on Drugs,” Nadler wrote. “I’m proud to work with NORML to create a more just national marijuana policy.”

Additionally, it would levy a five percent federal tax on cannabis sales, with some revenue earmarked for job training and legal aid programs for people impacted by prohibition enforcement as well as loans for small marijuana businesses owned by socially and economically disadvantaged people.

Its introduction comes amidst what observers are saying is the most marijuana-friendly Congress in history. Less than eight months into the two-year session, dozens of cannabis proposals have been filed, seven hearings have been held on the issue and legislation to increase marijuana businesses’ access to banking services has cleared a key committee.

“With Chairman Nadler’s leadership, we believe that the MORE act will likely be the first bill to end federal marijuana criminalization ever to pass in a chamber of Congress,” NORML Political Director Justin Strekal said in an interview. “Representative democracy is not a spectator sport. Now is the time for the majority of Americans who support legalization to demand reform from their legislators, just as Mr. Nadler’s message to our members indicated.”

Nadler’s bill was endorsed by a group of justice-focused organizations such as ACLU and NAACP in a letter to House leaders earlier this month.

Calling the proposal an important step “to bolster communities ravaged by the war on drugs,” the groups are pushing congressional leadership to see that it is “swiftly marked up and immediately scheduled for floor consideration” following the August recess.

“The hysteria around marijuana is starting to lift as states across the country lead the way in reforming their marijuana laws. It is time for the federal government to follow suit,” Nadler wrote in the new message to NORML’s list. “Marijuana is a public health and personal freedom issue, not a criminal one. We can no longer afford the moral or financial costs of the War on Drugs.”

The New York congressman sent a separate email to his own campaign list last month asking his supporters to sign a petition backing his cannabis bill.

Also last month, a Judiciary subcommittee held a hearing on marijuana prohibition at which members of both parties express broad support for ending or scaling back federal prohibition, with disagreement mostly focusing on the details or competing proposals to do so.

The bill will “once and for all end the destructive policy of federal marijuana prohibition in America” and “remedy the widespread inequities and injustice this policy has brought upon tens of millions of Americans,” the chairman told the legalization group’s members.

Beyond descheduling cannabis, the MORE Act would create processes for the expungement and resentencing of prior convictions and prevent government agencies from blocking access to federal benefits or impeding citizenship status for immigrants due to marijuana use.