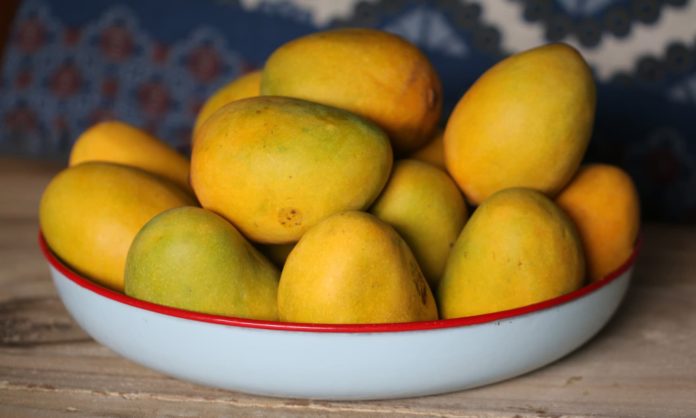 How do you make your marijuana supply last longer? A friend recently asked that question and I imagine it’s a question on multiple minds at the moment. Maybe your next cannabis delivery isn’t scheduled for another week, or maybe you can’t afford any purchases except what is necessary. Or maybe you want to increase your marijuana high without decreasing your provisions.

All constitute valid reasons to experiment with a food combination old-school hippies have known for decades: marijuana and mangoes. It may seem an oddly specific fruit pairing, but the biological makeup of the two fit like a glove. It all has to do with something called terpenes.

Terpenes can be found in tons of plant populations, including marijuana, and stipulate a plant’s aromatic qualities. Out in the wild, terpene produce aromas that either attract pollinators or dissuade passing animals form chomping away. They can also serve as plant’s immune system from germ infections. However, they also present multiple health benefits to the human body.

For example, the myrcene terpene is anti-inflammatory, anti-tumor, and can help in the treatment of spasms. One fruit that has an abundance of myrcene? Mangoes.

You also find myrcene in wild thyme, hops, and many strains of marijuana. A 1997 Swiss study examined 16 marijuana strains and determined myrcene was the most abundant terpene found in cannabis. If you have ever smelled that clove-like, earthy scent from your marijuana flower, you’re smelling myrcene terpenes.

By eating a mango before marijuana consumption, you introduce a whole bunch of myrcene into your body. Myrcene enacts this interesting effect to your blood-brain barrier—essentially it lowers the BBB’s resistance to letting certain compounds or “foreign substances” pass through. Usually, this is something you want — except if you are trying to increase your cannabinoid absorption.

Myrcene bonds well with THC. According to research, it basically opens the door for more of the cannabinoid to enter your system. Reports also indicate it increases the CB1 receptor in your endocannabinoid system, meaning you’re able to experience more of a “high” than is typical. Researchers found absorbing myrcenes approximately 45 minutes before inhaling marijuana produces the best effects.

None of this is an exact science, by the way. You can boost your chances of this effect by producing myrcene-rich marijuana strains, but maybe that isn’t an easy process at this time. Also, mangoes you purchase in the supermarket don’t all contain the same levels of myrcene. But it’s still worth a shot.