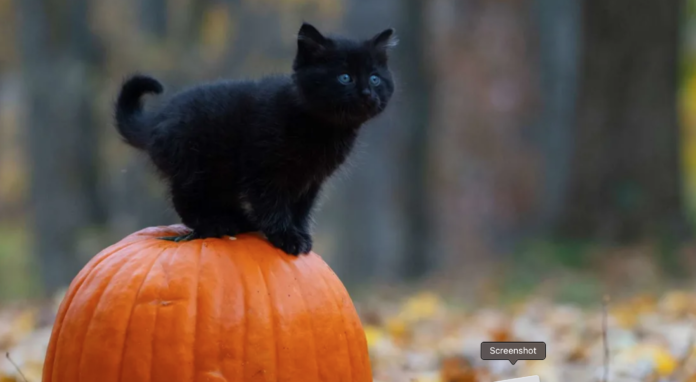 Trick-or-treating, Jack-O’-Lanterns, and creepy costumes are some of the best traditions of Halloween. Share these sweet facts with friends as you sort through your candy haul. 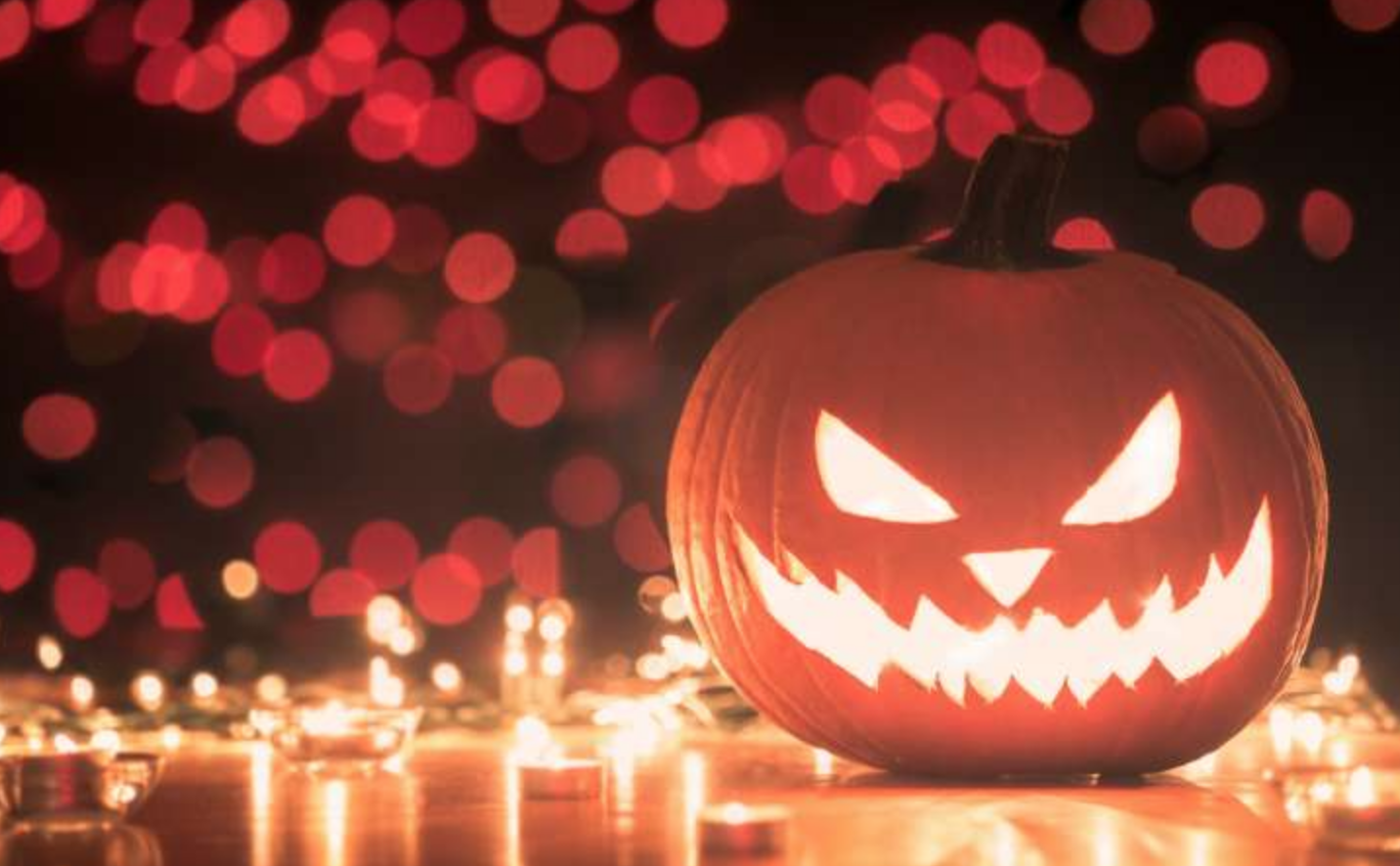 Jack-O’-Lanterns, which originated in Ireland using turnips instead of pumpkins, are supposedly based on a legend about a man name Stingy Jack who repeatedly trapped the Devil and only let him go on the condition that Jack would never go to Hell. When he died, however, Jack learned that Heaven didn’t really want his soul either, so he was condemned to wander the Earth as a ghost for all eternity. The Devil gave Jack a lump of burning coal in a carved-out turnip to light his way. Eventually, locals began carving frightening faces into their own gourds to scare off evil spirits.

Celtic people believed that during the festival Samhain, which marked the transition to the new year at the end of the harvest and beginning of the winter, spirits walked the Earth. Later, the introduction of All Souls Day on November 2 by Christian missionaries perpetuated the idea of a mingling between the living and the dead around the same time of year.

With all these ghosts wandering around the Earth during Samhain, the Celts had to get creative to avoid being terrorized by evil spirits. To fake out the ghosts, people would don disguises so they would be mistaken for spirits themselves and left alone. 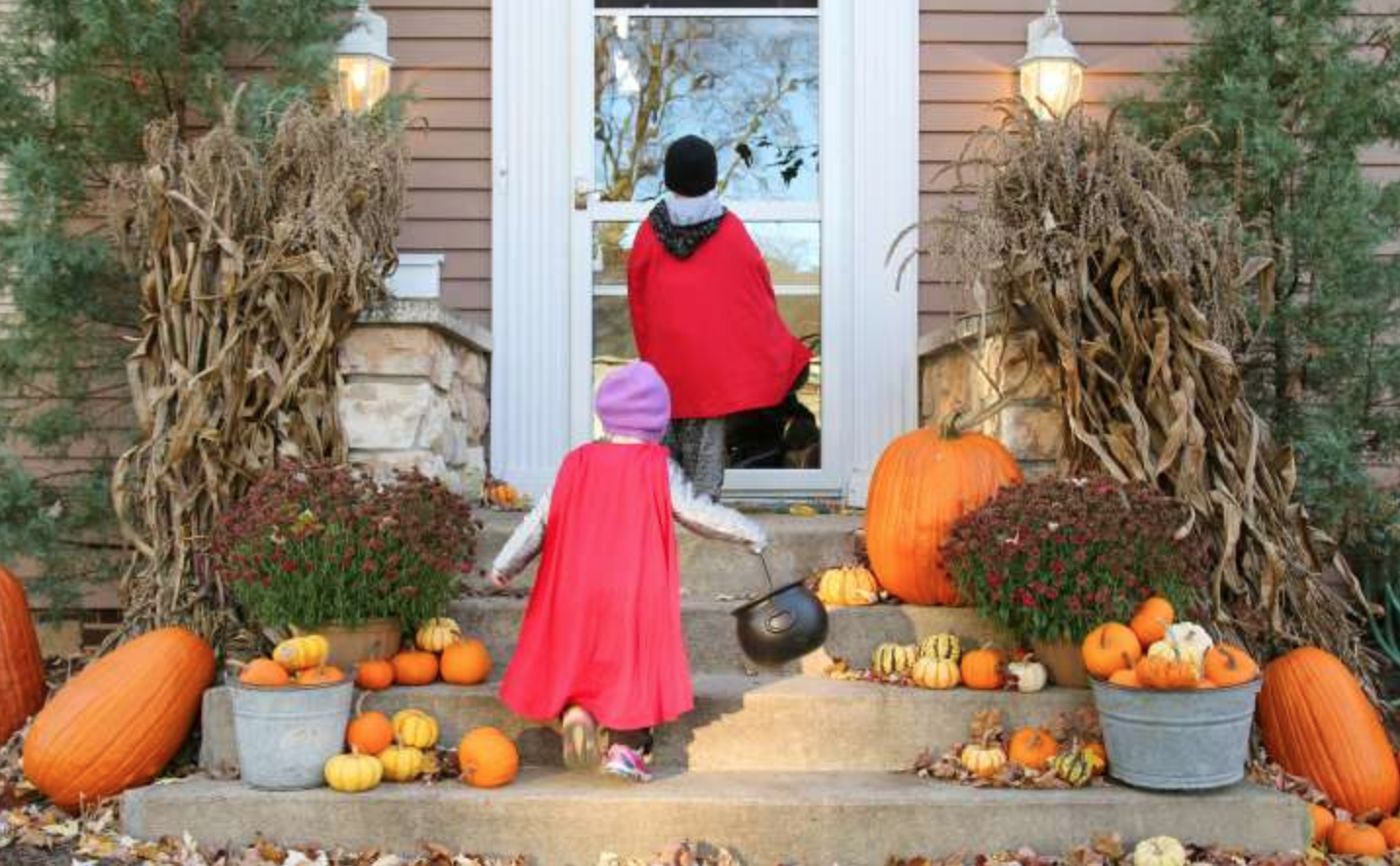 There is a lot of debate around the origins of trick-or-treating. One theory proposes that during Samhain, Celtic people would leave out food to placate the souls and ghosts and spirits traveling the Earth that night. Eventually, people began dressing up as these otherworldly beings in exchange for similar offerings of food and drink.

Other researchers speculate that the candy bonanza stems from the Scottish practice of guising, itself a secular version of souling. In the Middle Ages, soulers, usually children and poor adults, would go to local homes and collect food or money in return for prayers said for the dead on All Souls’ Day. Guisers ditched the prayers in favor of non-religious performances like jokes, songs, or other “tricks.”

Some sources argue that our modern trick-or-treating stems from belsnickling, a tradition in German-American communities where children would dress in costume and then call on their neighbors to see if the adults could guess the identities of the disguised guests. In one version of the practice, the children were rewarded with food or other treats if no one could identify them.

7. GETTING SPOOKED BY BLACK CATS 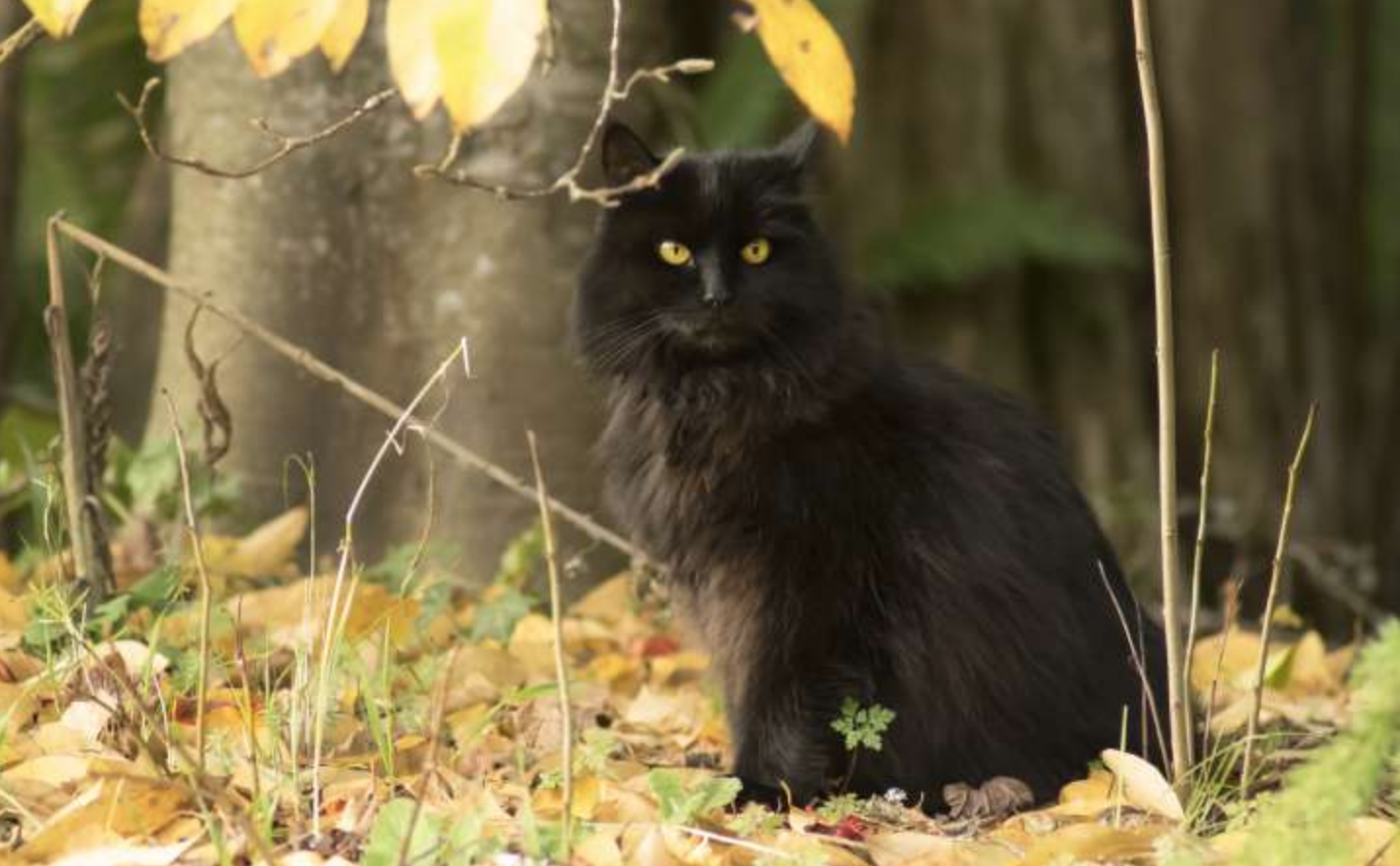 The association of black cats and spookiness actually dates all the way back to the Middle Ages, when these dark kitties were considered a symbol of the Devil. It didn’t help the felines’ reputations when, centuries later, accused witches were often found to have cats, especially black ones, as companions. People started believing that the cats were a witch’s “familiar”—animals that gave them an assist with their dark magic—and the two have been linked ever since.

This game traces its origins to a courting ritual that was part of a Roman festival honoring Pomona, the goddess of agriculture and abundance. Multiple variations existed, but the gist was that young men and women would be able to foretell their future relationships based on the game. When the Romans conquered the British Isles, the Pomona festival was blended with the similarly timed Samhain, a precursor to Halloween.

9. DECORATING WITH BLACK AND ORANGE

The classic Halloween colors can also trace their origins back to the Celtic festival Samhain. Black represented the “death” of summer while orange is emblematic of the autumn harvest season.

As a phenomenon that often varies by region, the pre-Halloween tradition, also known as “Devil’s Night”, is credited with a different origin depending on whom you ask. Some sources say that pranks were originally part of May Day celebrations. But Samhain, and eventually All Souls Day, seem to have included good-natured mischief. When Scottish and Irish immigrants came to America, they brought along the tradition of celebrating Mischief Night as part of Halloween, which was great for candy-fueled pranksters. 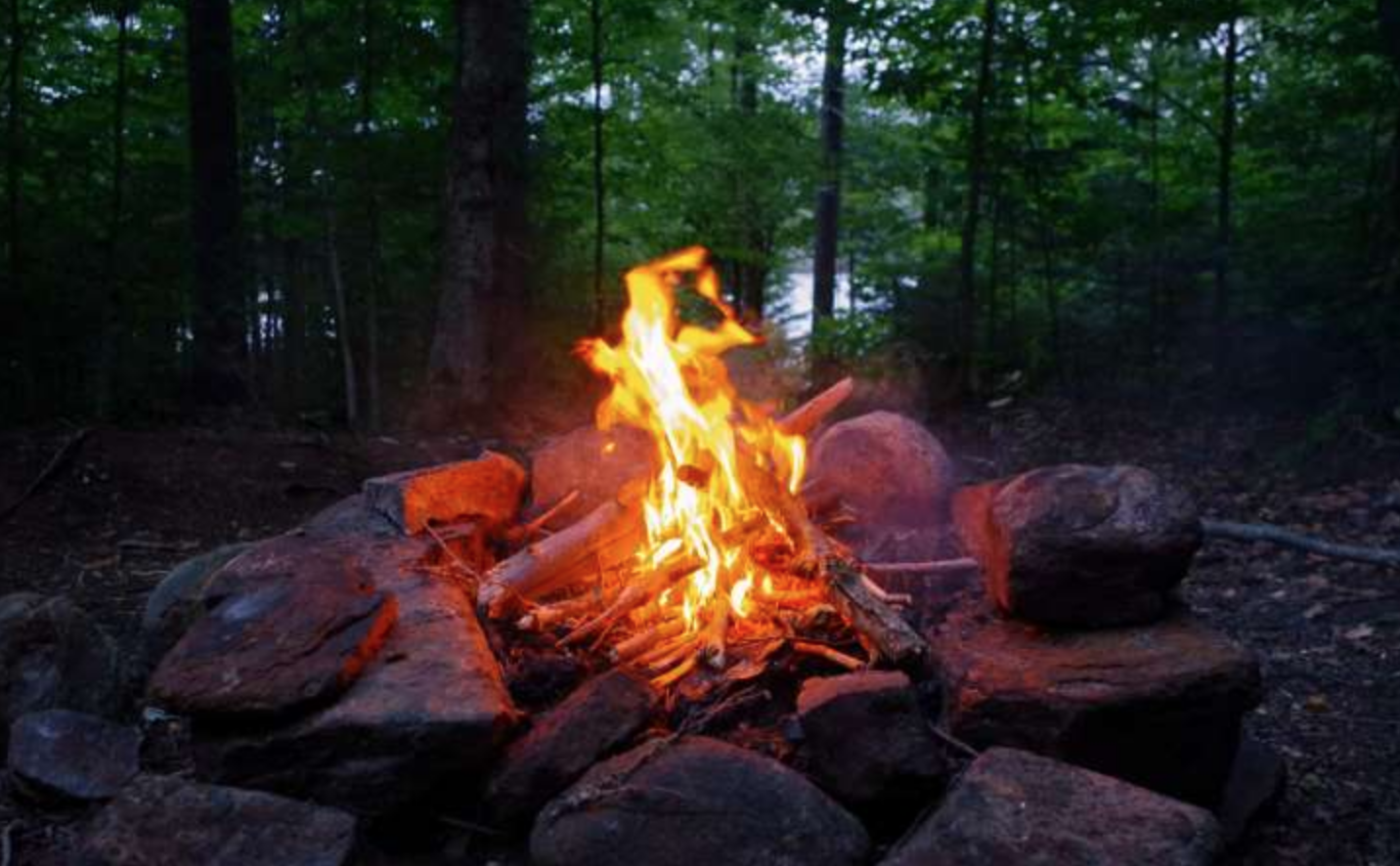 These days, candles are more likely than towering traditional bonfires, but for much of the early history of Halloween, open flames were integral in lighting the way for souls seeking the afterlife.

People have been coating fruit in sugar syrups as a means of preservation for centuries. Since the development of the Roman festival of Pomona, the goddess often represented by and associated with apples, the fruit has had a place in harvest celebrations. But the first mention of candy apples being given out at Halloween didn’t occur until the 1950s.

It’s likely that bats were present at the earliest celebrations of proto-Halloween, not just symbolically but literally. As part of Samhain, the Celts lit large bonfires, which attracted insects. The insects, in turn, attracted bats, which soon became associated with the festival. Medieval folklore expanded upon the spooky connotation of bats with a number of superstitions built around the idea that bats were the harbingers of death. 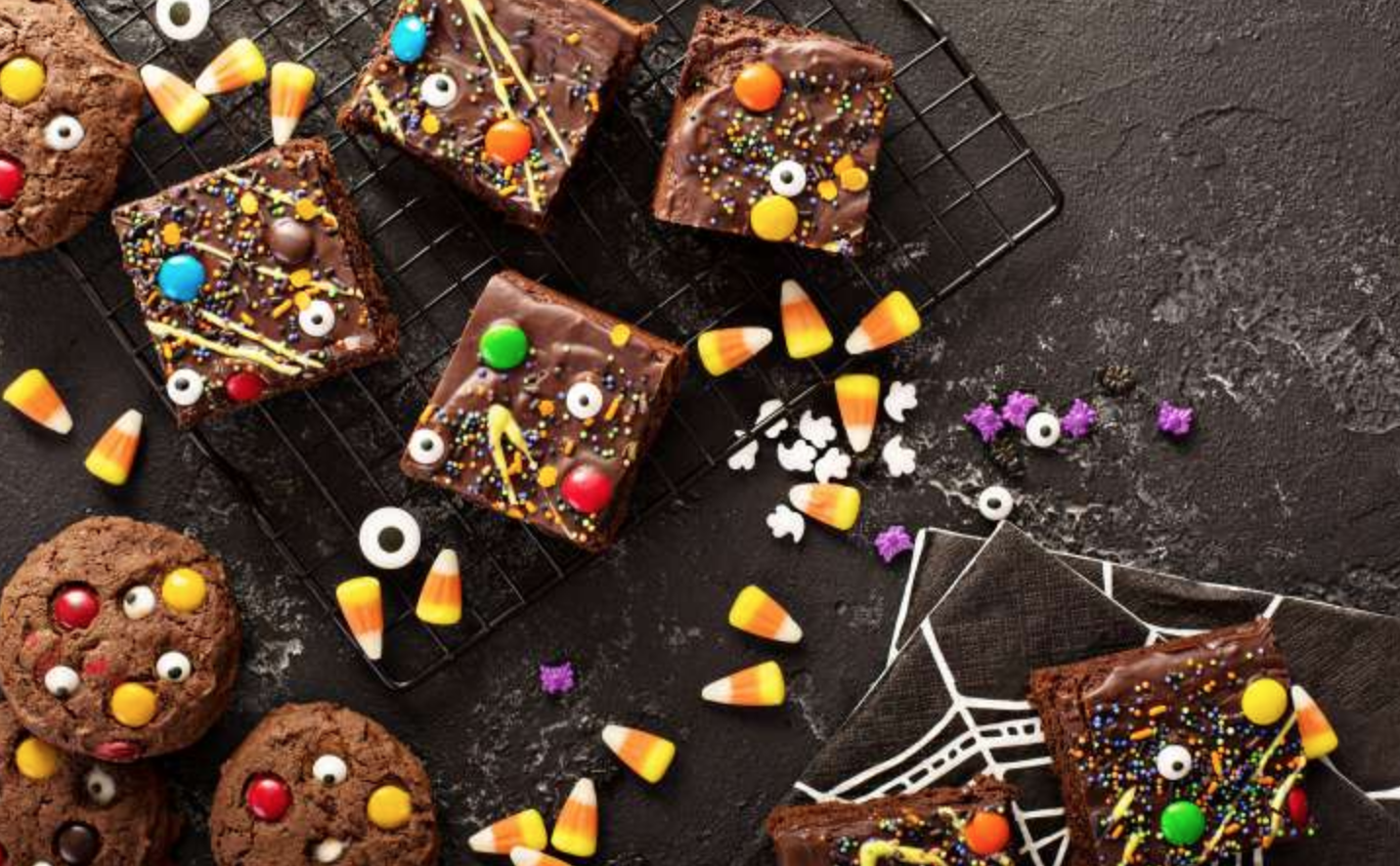 The act of going door-to-door for handouts has long been a part of Halloween celebrations. But until the middle of the 20th century, the “treats” kids received were not necessarily candy. Toys, coins, fruit, and nuts were just as likely to be given out. The rise in the popularity of trick-or-treating in the 1950s inspired candy companies to make a marketing push with small, individually wrapped confections. People obliged out of convenience, but candy didn’t dominate at the exclusion of all other treats until parents started fearing anything unwrapped in the 1970s.

According to some stories, a candymaker at the Wunderlee Candy Company in Philadelphia invented the revolutionary tri-color candy in the 1880s. The treats didn’t become a widespread phenomenon until another company brought the candy to the masses in 1898. At the time, candy corn was called Chicken Feed and sold in boxes with the slogan “Something worth crowing for.” Originally just autumnal candy because of corn’s association with harvest time, candy corn became Halloween-specific when trick-or-treating rose to prominence in the U.S. in the 1950s.

Why a US city is searching for mass graves

McConnell likens himself to Obama: ‘We both are the descendants of slave owners’

Palestinian journalists targeted by Israel in Gaza speak out