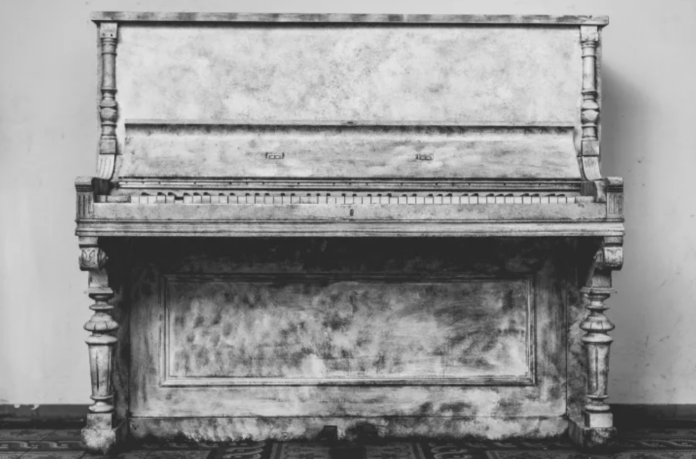 We’re used to taking it figuratively. One “slays” on guitar, is a “killer” pianist, or wants to “die” listening to a miraculous piece of music. History, though, is surprisingly rich with examples of people actually killed by musical instruments. Some were bludgeoned and some crushed; others were snuffed out by the sheer effort of performing or while an instrument was devilishly played to cover up the crime. Below are seven people who met their end thanks to a musical instrument.

1. ELIZABETH JACKSON // STRUCK WITH A FLUTE

David Mills was practicing his flute the night of March 25, 1751, when he got into a heated argument with fellow servant Elizabeth Jackson. A woman “given to passion,” she threw a candlestick at Mills after he said something rude. He retaliated by striking her left temple with his flute before the porter and the footman pulled them apart. Jackson lived for another four hours, able to walk but not make sensible speech. Her fellow servants decided to bleed her, a sadly ineffective treatment for skull fractures. “Her s[k]ull was remarkably thin,” the surgeon testified at Mills’s trial.

Reputed to be the king of instruments, the organ requires a performer with an athletic endurance—more than 67-year-old Louis Vierne had to give during a recital at Notre Dame cathedral on June 2, 1937. He collapsed (likely of a heart attack) after playing the last chord of a piece. With a Gallic appreciation for tragedy, one concertgoer noted the piece “bears a title which, given the circumstance, seems like fate and takes on an oddly disturbing meaning: ‘Tombstone for a dead child’!” As Vierne’s lifeless feet fell upon the pedalboard “a low whimper was heard from the admirable instrument, which seemed to weep for its master,” the concertgoer wrote.

3. JAMES “JIMMY THE BEARD” FERROZZO // CRUSHED BY A PIANO

Getting crushed by a piano is usually the stuff of cartoons, but what happened to James Ferrozzo is somehow even stranger than a cartoon. “A nude, screaming dancer found trapped under a man’s crushed body on a trick piano pinned against a nightclub ceiling was too drunk to remember how she got there,” the AP reported the day after the 1983 incident. The dancer was a new employee at San Francisco’s Condor Club (said to be one of the first, if not the first, topless bar). The man was her boyfriend, the club’s bouncer. And the trick piano was part of topless-dancing pioneer Carol Doda’s act—a white baby grand that lowered her from the second floor. During Ferrozzo’s assignation with the dancer, the piano’s switch was somehow activated, lifting him partway to heaven before deadly contact with the ceiling sent him the rest of the way.

One of the greatest music teachers of mythic Ancient Greece, Linos took on Herakles as a pupil. According to the historian Diodorus Siculus, the demi-god “was unable to appreciate what was taught him because of his sluggishness of soul,” and so after a harsh reprimand he flew into a rage and beat Linos to death with his lyre. Herakles dubiously used a sort of ancient stand-your-ground law as a defense during trial and was exonerated. Poor Linos: an honest man beaten by a lyre.

5. SOPHIA RASCH // SUFFOCATED WHILE A PIANO MUFFLED HER SCREAMS

No one better proves George Bernard Shaw’s quip that “hell is full of musical amateurs” than Susannah Koczula. “I have seen Susannah trying to play the piano several times—she could not play,” 10-year-old Carl Rasch testified at Koczula’s 1894 trial. Susannah, the Rasch’s caregiver, distracted little Carl, sister Clara, and their neighborhood friend Woolf with an impromptu performance while a gruesome scene unfolded upstairs: Koczula’s husband tied and suffocated Carl and Clara’s mother, Sophia Rasch, before making off with her jewelry. “She banged the piano,” explained Woolf. “I heard no halloaing.”

Benjamin Franklin invented the glass harmonica, or armonica, in 1761, unleashing a deadly scourge upon the musical world. “It was forbidden in several countries by the police,” wrote music historian Karl Pohl in 1862, while Karl Leopold Röllig warned in 1787 that “It’s not just the gentle waves of air that fill the ear, but the charming vibrations and constant strain of the bowls upon the already delicate nerves of the fingers that combine to produce diseases which are terrible, maybe even fatal.” In 1808, when Marianne Kirchgessner, Europe’s premiere glass armonica virtuoso, died at the age of 39, many suspected nervousness brought on by playing the instrument.

One summer day in 1845, Charles Ratherbee, a trumpeter, got into a fight with Joseph Harvey, who rented space in a garden from Ratherbee and was sowing seeds where the trumpeter had planned to plant potatoes. When confronted, Harvey became upset and knocked Ratherbee to the ground with his elbow. Two weeks and five days later, Ratherbee was dead.

Harvey was arrested for Ratherbee’s death, but a doctor pinpointed another killer: An undiagnosed lung disease made worse by his musical career. “The blowing of a trumpet would decidedly increase [the disease],” the surgeon testified at Harvey’s manslaughter trial. When asked if he was “in a fit state to blow a trumpet” the surgeon replied bluntly, “No.” Harvey was acquitted and given a suspended sentence for assault. The trumpet was never charged.

Mark Meadows Held in Contempt of Congress as Jan. 6 Probe Expands. How Long...