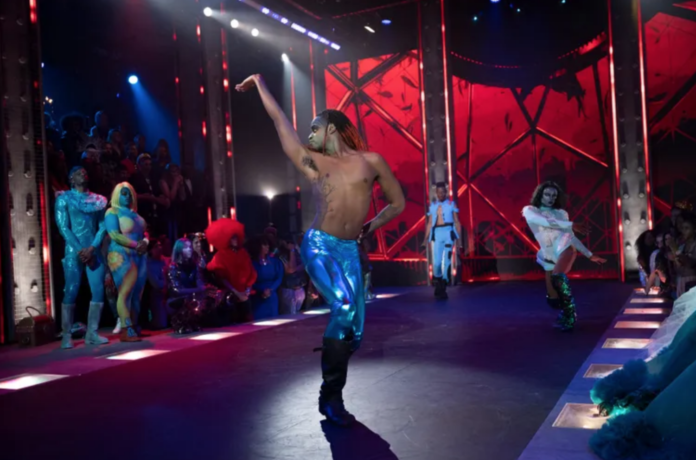 The move is the latest, and greatest, in a new wave of media consolidation sparked by the streaming wars.

Bond is moving into the house Bezos built. It’s true. After a week of speculation, today Amazon announced it had indeed made a deal to buy MGM, the studio home of Rocky, RoboCop, and, yes, James Bond. The deal, worth $8.45 billion, is the second-largest Amazon acquisition yet, second only to its $13.7 billion purchase of Whole Foods in 2017. It’s also the latest power move in an ongoing battle for turf in the streaming wars, one that signals what streaming services will need to do to ultimately triumph—or at least survive.

Endgame
The Streaming Wars Could Finally End in 2021

In the olden days—OK, 2008—streaming services mostly offered content licensed from other studios. A few hundred movies here, a few thousand hours of TV there. As they grew, of course, they expanded into the glitzy world of original content. Netflix found early success with House of Cards; Amazon started making shows like Transparent; Hulu offered up The Handmaid’s Tale (which is, incidentally, produced by MGM). Streamers even started gunning for awards with auteur-driven films like Manchester By the Sea and Marriage Story. But then, the studios themselves got in on the streaming game, launching their own services—Disney+, Paramount+, anything else with a mathematical symbol attached—and streamers had to increase their output of originals as those companies reclaimed the content they’d licensed out. (So long, Office. See you on Peacock. Goodbye, Friends. Catch you on HBO Max.) With Amazon’s big-ticket purchase of MGM, this struggle enters a new phase: streaming services buying studios outright.

It’s an inevitable progression, and not surprising Amazon would do it first. Unlike Netflix, it has failed to reliably produce original hits. And unlike, say, NBCUniversal, its corporate model isn’t solely entertainment. It’s also a cloud computing company, massive retailer, and grocery store chain, to name a few. It had a net income of more than $21 billion last year alone. It’s easier for Amazon to dig in the couch cushions to buy MGM and its 4,000 movies and 17,000 TV shows than it is for the company to try to launch a new studio with the same heft—especially given how rocky its experience was trying to do exactly that with video games. The company all but said so in its announcement, with Amazon Studios’ head of Prime Video Mike Hopkins proclaiming “the real financial value behind this deal is the treasure trove of IP in the deep [MGM] catalog” and noting that Amazon has plans to develop that intellectual property for future projects.

Yet the move could induce other streamers—and small studios—to strike their own deals to not be left out. This could mean Netflix starts shopping around, or smaller players like Apple TV+ start inking deals with indie studios like A24 to secure all of their content, rather than just one movie here or there. “Something’s gotta give, something’s gotta shake out for them to start having deals or partners or acquisitions,” says Sarah Henschel, a streaming analyst with research firm Omdia. “I think the smaller studios will either get acquired, or Apple TV+ and others will make deals with them.”

It’s a slightly different scenario, but just last week AT&T announced it was spinning off WarnerMedia to merge it with Discovery, effectively putting the company behind DC Comics movies and HBO under the same roof as HGTV and Shark Week. No one knows exactly what this new outfit will look like, but presumably whatever kind of DiscoveryMax+ results, it’ll be a big part of the trend toward media consolidation that’s happening right now, one that will also involve streamers buying up or cutting deals with studios, or services merging with each other to combine their IP stockpiles. It’s R&D by M&A.

Amazon also has a distinct advantage over its competitors in that streaming is not its only source of revenue, or even the main focus of its subscription offering. Prime Video remains a nice bonus when you pay for a year of two-day shipping. Amazon doesn’t need to have the best library of prestige movies and television; it just needs to give customers one more reason to not cancel Prime. The back catalog of James Bond films could be just that. Unlike Netflix, which has to keep providing new programming to avoid churn, it’s already got a built-in customer base. “They can mess up a lot and still be OK,” says Henschel. “They have the revenue and cash power to fail or work on content investments and develop a more longer-term strategy while newer services need to show profitability as fast as possible.”

The MGM purchase also isn’t the only big check Amazon is writing; the company paid $250 million for TV rights to the Lord of the Rings universe, and will reportedly spend hundreds of millions of dollars per season bringing that world to Prime Video. Like 007, it’s a known quantity with passionate fans that will follow their heroes to Amazon—and maybe, the company hopes, set up a few Subscribe & Save items while they’re at it.

Netflix has made a handful of acquisitions itself; it picked up comics icon Mark Millar’s Millarworld in 2017, and struck an overall deal with the creators of kid-focused Storybots two years later. It continues to find breakout hits through its own algorithmic savvy and deep investments in original content. But iconic characters like Bond don’t happen overnight; they can take decades to cement their place in popular imagination. And as audiences become increasingly fragmented, they’re going to be easier bought than made.

Taliban's Sweeping Offensive in Afghanistan Was “Inevitable” and Stems from Brutal U.S. War