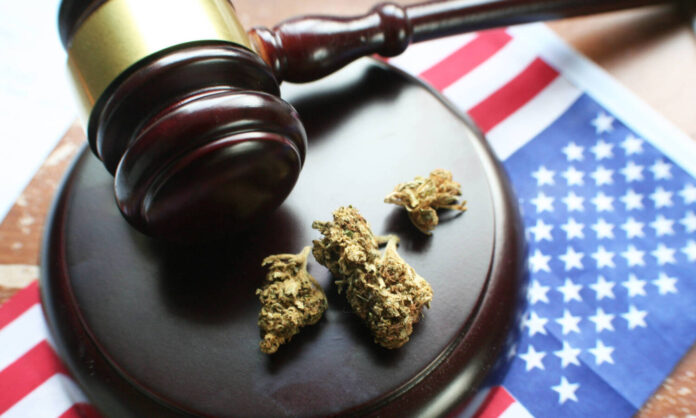 President Joe Biden has been a busy man throughout his first year in the Oval Office. From passing stimulus legislation to facilitating the rollout of coronavirus vaccines, it’s hard to imagine when he has time to concern himself with matters regarding cannabis.

But no matter how much Biden has on his plate, cannabis enthusiasts can rest assured that there are plans in place for the young, budding industry. Here are some ways the administration has already made its impact on the world of cannabis.

One of the main factors that contributed to the stigma that’s tainted marijuana is the lack of research that has been conducted on the substance. For decades, all federally-approved marijuana research has been primarily conducted from marijuana sourced directly from a facility located on the campus of the University of Mississippi. The current monopoly on marijuana research makes finding details about the marijuana available in dispensaries an uphill climb.

Fortunately, verbiage included in the recently passed infrastructure bill makes it possible for various cannabis companies to become federally approved cannabis manufacturers for research purposes. The legislation which is currently headed to the President desk, calls for the release of a report detailing the effects of marijuana and impaired driving from the transportation secretary, attorney general and secretary of health and human services. The report is slated to be released two years after the bill is signed into law.

Along with making cannabis research more accessible, the Biden administration has also created a framework to make it easier for banks to do business with marijuana-related businesses. When legalized medical marijuana originally entered the fray, most transactions were cash-only presenting numerous problems for cannabis retailers. Nearly three decades later, many marijuana retailers are still encountering the same obstacles.

To the benefit of marijuana retailers, politicians on Capitol Hill have taken note and drafted legislation aimed at helping cannabis retailers overcome those obstacles. The SAFE Banking act is a part of the recently-passed National Defense Spending Act (NDAA) which is currently awaiting committee approval before being signed into law by the President. Congressman Ed Perlmutter, serving the 7th congressional district of Colorado, originally introduced the legislation that would provide federal protections to legally operating marijuana businesses in 2019.

How the Biden Administration Could Decriminalize Cannabis

Although certain decisions the Biden Administration has made regarding marijuana are likely to have a profound impact for years to come, many cannabis enthusiasts are eager to see whether or not the administration proceeds with further decriminalization efforts such as full legalization and record expungement.

While there are no concrete plans to remove marijuana from the list of Schedule 1 substances, DC politicians have provided numerous opportunities to do so with the help of Congress.

The Marijuana Opportunity, Reinvestment and Expungement (MORE) Act, for example, was reintroduced before the House of Representatives in May of 2021 after passing the House, but stalling in the Senate in December of 2020. In July of 2021, Senate Majority Leader Chuck Schumer proposed legislation that would eliminate cannabis from the Controlled Substances Act, while introducing regulations that would tax cannabis products. The bill, called the Cannabis Administration and Opportunity Act, would need to garner 10 republican votes in order to reach the threshold of 60 votes needed to pass the senate.