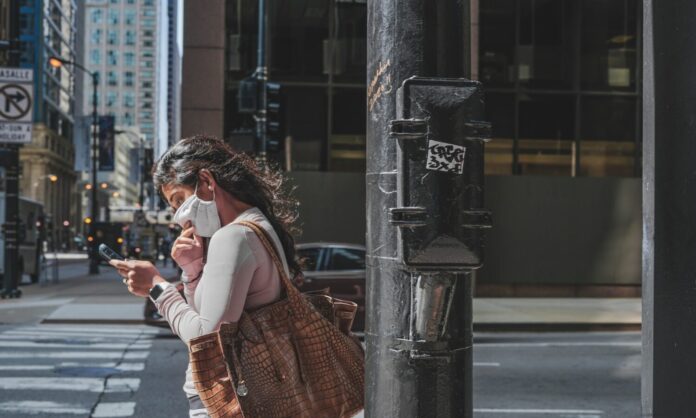 The news broke this week that cannabis can help with fighting COVID-19 and almost the entire non-cannabis world picked up the headline from the Oregon State University study on cannabis and cellular pathways used by the COVID virus to invade the body.

Fortunately, almost everyone in the cannabis industry kept a level head and said that, no, marijuana does not stop or cure the COVID virus, but it does have potential to help in a few ways. One, it can reduce the spread of the virus by binding with receptors the virus uses to spread throughout the body. Two, it can reduce the symptoms associated with the virus, since cannabis has natural anti-inflammatory properties. Marijuana, up until the point, cannot cure COVID or keep you from getting the virus.

As the article “The Cannabis Grinch” pointed out, hopes are fading for fast federal marijuana legalization in 2022, unless a long shot bet like cannabis having a major impact on COVID transmission or remission occurs.  The article also points out that the news has to come from a Big 4 pharma company, one that has tremendous pull right now with the White House and CDC.

The reason this is the case goes back to the history of “cannabis can inhibit pathways that the COVID viruses uses to spread, so it closes doorways the virus uses to gain strength” started with Dr. Kovelchuk in Canada almost two years ago.  You can watch the full interview with Dr. Kovelchuk here, and listen as he explains his findings before peer to peer review. Fast forward to Dr. Richard Van Breeman’s study from Oregon State that builds on Dr. Kovelchuk’s thesis and you can see how the cannabis and COVID headlines could start to spin off the rails.

One problem is that for the marijuana industry to see a real push at the federal level to legalize cannabis for COVID research and deployment, the study has to come from a company or lab like Pfizer or Johnson & Johnson. Will those labs, that are making millions per day on vaccines, want to rush a cannabis-COVID alternative to the plate? No way. As some medical professionals have also pointed out, while Dr. Van Breeman’s work is a start, there is a long way to go from a petri dish and mass spectrometer predictions.

While the marijuana industry perked up at the news of a possible Holy Grail of fast cannabis legalization, the facts as summarized in by Dan Adams in The Boston Globe are as follows:

Researchers at Oregon State University‘s hemp lap used some nifty computer modeling and mass spectrometry techniques to make predictions about how well a variety of organic compounds would bind with the “protein spike” of the coronavirus, which allows it to infect human cells. They then sent their list of top candidates to the Oregon Health & Science University, which has a special containment facility authorized to work with live samples of dangerous pathogens such as the coronavirus.

The tests at OHSA (sic – OSHU not the Occupational Safety and Health Act) showed that two hemp-derived cannabinoid compounds bound strongly with the spike, blocking the ability of the virus cells to infect human cells.

However, the effect hasn’t yet been studied in human subjects, just petri dishes. Also, the compounds in question occur in very low levels in most strains of cannabis and hemp, and can only be ingested via extracts made with solvents, not through smoking or cooked edibles.

Assuming clinical trials go well, the researchers’ eventual hope is that a pill containing purified versions of the cannabis compounds could be developed as a supplement to vaccination, for use after a known exposure or by those who are immunocompromised.

RELATED: Why Smoking Weed Won’t Protect You From COVID-19

Whenever there is a positive clinical study around cannabis and COVID, marijuana stocks jump, and the world gets excited about the medical potential of marijuana as a medicine.  Then the details start to emerge, and they are never as game-changing as the click-bait headlines.

While cannabis has potential to heal and help the human body in a myriad of ways, the medical testing has been kept in the dark for the past 58 years thanks the federal government’s Schedule 1 classification of the plant. Research has been prohibited in almost all cases by the feds. Medical studies over the past 7-8 years of state legalization are just starting to catch up to modern medical standards, but in a way, we are starting research like it is 1958 all over again.

Does Big Pharma want marijuana legalized right now? Based on studies showing patients dropping over half of their prescription drugs once they start on a cannabis therapy program, the commonsense answer would be “no”. Why would Big Pharma want to see full legalization of a plant that would theoretically cut into their profits by 50%?  The same goes for Big Alcohol and Big Tobacco at this point in time.

Billions of dollars in lobbying money against legalizing marijuana paving the road to full federal marijuana legalization is a pipe dream right now. While the voters want legalization by an overwhelming margin, major businesses tied to lobbying and election funding do not want that right now.

RELATED: Is The Republican’s Bill To Legalize Marijuana DOA if Mitch McConnell Doesn’t Support It?

Federal marijuana legalization will happen when Mitch McConnell says it will happen, as he holds the key votes and influence in the Senate to pass or kill marijuana legalization. As of now, the senator from Kentucky has shown no interest in helping a “Democratic” cause, and legalizing marijuana at the federal level. Without strong support from Republicans, federal legalization is dead in the water, with the SAFE Banking Act now looking like a long shot in 2022 as well.

Those facts push the marijuana industry into “Hail Mary” or “holy grail” mode.  While no obvious path exists right now to federal legalization, especially with mid-term elections coming up later this year, the industry must have an outlier or long shot come through for a game-changing cannabis move. Cannabis curing or preventing COVID is certainly one headline, if it turns out to be true, that could do just that. Outside of a major medical finding on the cancer or COVID level, 2022 does not look like the year for federal marijuana legalization.