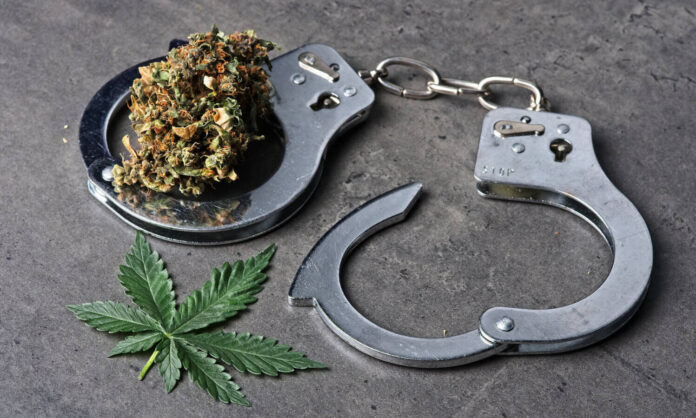 African Americans are nearly four times more likely to get arrested for marijuana possession laws than whites, though both groups use cannabis at roughly the same rates, according to the ACLU. Various analyses of marijuana-related arrests in recent years have proved this fact to be true.

However, according to a new study conducted by the Researchers from the University of California San Diego, cannabis decriminalization policy seems to be reducing the racial disparity in arrests for possession, Forbes reports.

The findings suggest that cannabis decriminalization in 11 states resulted in a 70% drop in cannabis possession arrest rates among adults and over 40% among youths.

The study, published in the peer-reviewed academic journal Social Science & Medicine, has taken into account FBI Uniform Crime Report data coming from 37 U.S. states from 2000 to 2019.

And while a 17% decline in racial disparity among adults is evident, there was no evidence of a drop in the racial disparity between Black and White young people following the decriminalization of marijuana. However, it was related to a decline in arrest rates among Blacks and Whites.

The study found that the main drivers of such a decline seem to be recreational cannabis laws. In addition, there was limited evidence for such an association in terms of medical marijuana.

“Cannabis decriminalization seemed to be particularly beneficial to Blacks, who were suffering the most from the adverse consequences of criminal penalties,” the study reads. “Taken together, we recommend that lawmakers and public health researchers reconsider cannabis decriminalization as an option of cannabis liberalization, particularly in states concerning the unintended consequences and implementation costs of medical and recreational cannabis legalization.”

However, the researchers disclosed that they did not identify a relation between recreational cannabis legalization laws and racial disparity in arrest rates due to a lack of evidence.

They also could not ascertain whether the drop in racial disparity among adults was due to individual cannabis possession or behavioral change on the part if law enforcement officers.

In the end, the research pointed out that “it is possible that law enforcement behaviors did not change: Blacks might still be more likely to be stopped, questioned, or searched for cannabis possession than Whites after decriminalization.

RELATED: Cannabis Equity And The Promise Of Reparations For The War On Drugs

“But if these behaviors did not result in arrests because of decriminalization, racial disparity in arrest rates would still decline,” the study reads.” It is also possible that Blacks were more likely to respond to decriminalization by possessing less cannabis below the threshold amount for the lowest level of criminal offense compared to Whites.”

Another Study Proving The Same

With the study, California researchers reaffirmed the findings of a recent study published by the American Medical Association.

RELATED: Sports Star Arrested For Ridiculous Amount Of Weed — And Other Reasons We Need To Legalize Marijuana

Researchers from Eastern Virginia Medical School and Saint Louis University analyzed data from 43 states — gathered from 2008 to 2019 — only to find that removing or loosening laws around marijuana is connected to notable decreases in arrest rates compared to states that have kept cannabis illegal.

Moreover, the study also revealed that “cannabis arrests for adults and youth went up over time in states that did not implement a cannabis policy change,” with racial disparities in arrest rates increasing as well.