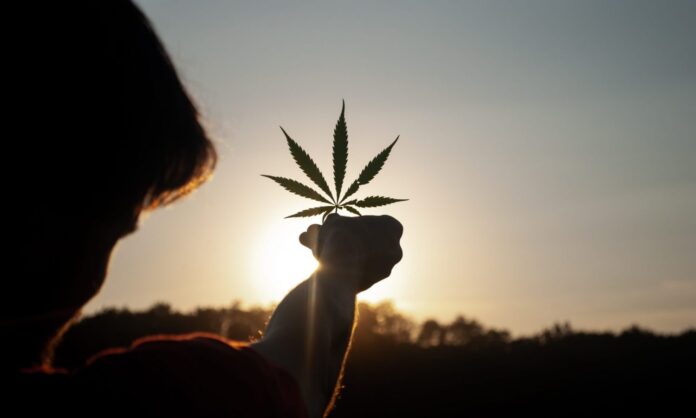 Shockingly, April came and went without an IPO from HighTimes Holding Company. Once again the leaders at High Times teased that the beleaguered shareholders would finally see their shares hit the public markets only to have the day come and go with nothing happening.

CEO Peter Horvath told Cheddar News in February, “Well we’re definitely going public this year, and I don’t want to peg it to a specific time but in this industry 4/20 is a notable date … so I think that’s a target.” Although he added that he couldn’t actually commit to a formal target date for the company’s public debut. “We’ll see where we end up,” he said.

The company didn’t issue a press release at the time and Horvath only spoke to Cheddar. No other news outlets had this scoop, but then most of the cannabis media is skeptical of any of High Times claims of going public.

This proclamation of a 420 IPO came as a surprise because the company was essentially shut down with regards to selling its stock according to a story on the Cannabis Law Report. The story reported that because the company hadn’t updated its financial statements since 2019 and the Securities & Exchange Commission (SEC) would not allow the company to sell more shares. Companies are required to provide current financial reports to investors by the SEC. High Times made a big fuss and threatened any reporters who wrote about the issue with legal action, however, the reporting was accurate and the company even noted in its most recent Form U-1 that the offering is pending the updated financial statements.

Horvath told Cheddar reporter Chloe Aiello that the statements could come as soon as March. That hasn’t happened either. “Our audits are progressing. Our books are — by closing our books from the prior year, that qualifies us to move ahead,” he said. “And, that’s imminent. We’re a couple of weeks away from getting our ducks in line.”

RELATED: MassRoots Wants To Be The Greatest Comeback In The Cannabis Industry

Horvath went on to say that High Times was in a much better position than when it last published financial statements in 2019. Back then the magazine experienced “recurring operating losses, net operating cash flow deficits, and an accumulated deficit.” Horvath’s claim that the financial statements were just a couple of weeks away, also did not come true. It is now May and no financial statements have been released. In addition to that, the updated statements wouldn’t include some of the company’s new revenue from its pivot to the dispensary business.

“The sales from our largest dispensary out of the three are more than [High Times] did in the last few years, you know, as a magazine and events company,” he said. “So, I think that’s a pretty big pivot when all sudden, boom, you’ve got assets that are generating revenue.”

Horvath and High Times seem to be made for one another. Both talk a big game and fail to deliver. Horvath had previously been the CEO of Green Growth Brands (GGB) which is no longer in business. Horvath had a retailing background with mainstream brands like Victoria’s Secret and DSW. He frequently stated in the early days of GGB that he was going to show cannabis people how “retail is done.” He wasn’t shy at dismissing cannabis dispensary owners as not knowing what they were doing. Of course, many of those same dispensary owners are thriving, while Horvath ran his company into the ground.

While CEO of GGB, Horvath consistently made business arrangements using GGB stock as payment, like paying for retail consultants. That stock is now worthless. High Times has also made numerous deals in which CEO Adam Levin has paid with High Times stock. Stock that still isn’t tradable and was originally sold at $10 a share. High Times has lately valued the stock at just $1 a share in certain business agreements.

Horvath announced with great fanfare in 2019 that he would be opening a chain of CBD stores in Simon Malls and selling products in DSW Shoe stores. While he did ultimately open over 100 stores, the chain went bankrupt as numerous employees claimed they hadn’t been paid. High Times has also faced lawsuits in the past for not paying writers and employees.

Horvath made lots of headlines for announcing big acquisitions like buying Aphria (APHA), a company that rejected GGB’s offer and has just merged with Tilray to become one of the largest cannabis companies in the industry. Then GGB said it was buying the company Moxie in an all-stock deal valued at $310 million. That deal was called off by December 2019. High Times also has a track record of announcing acquisitions with great fanfare only to have those acquisitions quietly slip away. Acquisitions like Spannibus and The Big Show never materialized and in some cases, sellers complained they never received promised funds according to a big expose in Politico.

Horvath is High Times’ third CEO in as many years and many believe he is not an acting CEO. For example, the documents for any recent deals announced by High Times are signed by Chairman Adam Levin, not Horvath.

At one point Executive Chairman Adam Levin suggested at the end of December 2020 that the company would launch its stock in the first quarter of 2021. That is what prompted Cheddar to ask when the stock would go public as the first quarter came and went with no IPO. Horvath then hinted the High Times stock may go public in April, which has come and gone. Now the clock is ticking. In March, the company extended the offering to May 21, 2021.

High Timeshas been trying or at least saying since 2017 that it planned to list on the public markets. Expectations have tempered over time down from a Nasdaq listing and eventually to the current mini-IPO plan on the OTC Markets. The company’s long-awaited debut hinges on its compliance with the Securities Exchange Commission, which requires up-to-date financial reports be filed and available to investors.

High Times cannot close on the offering, according to Marijuana Business Daily, until it files and releases semi-annual financial statements for the end of 2019 and the first half of 2020. When the company releases these statements, investors might not like what they see. It is expected that the debt is enormous. The company has begun shifting its lucrative assets to a separate subsidiary and no one knows whether the original High Times Holding Company shareholders will have any claims on those assets. High Times said it so far has raised $35 million from more than 30,000 shareholders.

If High Times tanks when the financial statements are finally released, at least the company is in experienced hands.