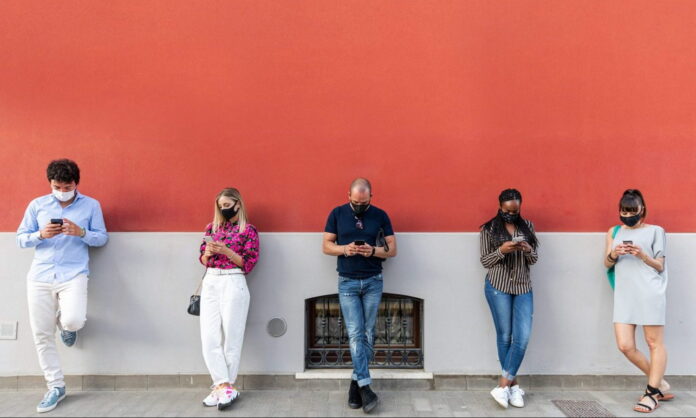 The social media platform has one of the highest numbers of cannabis-accepting audiences. In fact, records show that one of the most popular posts on the site can be found on the r/trees subreddit. The post in question was uploaded by a user who described the meltdown their parents experienced after consuming cannabutter unknowingly. The post has over 3,500 comments and at least 64,000 upvotes. A “no-smoking” sign got over 87,000 upvotes on a Reddit cannabis channel as well.

Reddit sees its fair share of trolls, memes, jokes, news updates, and comprehensive information on various topics. From cannabis to cryptocurrencies, science, and even food. Reddit is a comprehensive platform that caters to a heterogeneous global community.

Cannabis has its mini-universe on the Reddit platform. There are hundreds of subreddits dedicated to operating with the cannabis theme. For information about the latest cannabis news, culture, cultivation techniques, and even fast-growing quality marijuana plants, Reddit users know that various subgroups provide them.

Many even use Reddit to direct traffic to their cannabis websites due to the high performance and wide acceptance of pro-cannabis issues.

For cannabis users and advocates, Reddit serves as a source of fun, networking, tips, and most importantly, it provides a sort of weed crisis hotline in case of weed troubles.

Conversations In The Mini-Discussion Subgroups Vary

Different forms of cannabis posts are received differently and perform differently on the site. A great indication of the kinds of conversations that are usually well-received is more or less like the post described earlier.

The conversational feature of the site promotes discussion of cannabis. It requires users to have back-and-forth interaction with themselves. Experienced cultivators can share information with novices on the site or amongst themselves. For newbies in the cannabis scene, it is like Pandora’s box that contains almost every piece of information on tips, tricks, techniques, processing, and even marketing of cannabis plants. There’s always space for others to join the cannabis community.

For years, Reddit has been used to cater to the subcultures, medicine, and hobbies of millions of Redditors all over the world. Everyone with something to say or add to the conversation can always do so.

Unlike regular blogs that report cannabis updates in professional ways, leaving very little room for suggestions and corrections, Reddit has an amateur edge. There’s also the anonymity of discussions and posts.

RELATED: FDA Will Use Reddit To Learn About Cannabis-Derived Products Including CBD & Delta-8

Reddit is free to use, and users can be sure that there’s someone like them, with the same budget or skill set, in the subgroups. At least 90% of the problems and issues relating to cannabis have their solutions and tips on various subreddits.

In the event that a particular piece of information cannot be found, it is straightforward to create a new thread asking others to proffer beneficial or practical solutions. On Reddit, most users are willing to share their cannabis experiences, tricks, tips, and general knowledge about the plant and its uses.

Redditors are always quick to post their cannabis-related updates on cannabis-themed subreddits. Subreddit moderators stay on the ground to ensure all things run smoothly.

On r/cannabis, the most popular post since the group was created is less than a year old. It is a petition uploaded by a user to support the suspended track star Sha’Carri Richardson, who was prohibited from participating in the Tokyo Olympics after testing positive for cannabis. This petition made waves in the media and was reported by some media houses— proving that subreddits can be a source of weed news.

RELATED: What Is The Most Cannabis-Friendly Social Media Platform Today?

On r/marijuana, the most upvoted article is about three years old. The post reflected on Senator Bernie Sanders’s support for the decriminalization of all forms of cannabis. Sanders made this statement when he was in the running for the presidential election.

On r/cannabis cultivation, the most popular post can’t be a surprise because, as the subreddit name implies, it’s all about cultivation news and tips. The most-read posts showcase pictures of stunning weed gardens and large plants.

The most-rated post on r/stonerprotips is a thread on tips for packing bowls. The thread is pretty self-explanatory.

The post at the top of r/mmj was made by a happy user who had just obtained his first medical marijuana permit.

Not Everything Here Is True Or Accurate

For a platform as porous as Reddit, it is not unusual for fake new updates to be uploaded. Although moderators serve as fact-checkers to confirm the genuineness of information passed across, they are unable to detect it all.

In discussion with The Cannigma, the moderator on r/cannabis cultivation said that the platform’s most significant problems arise when people try to disseminate false claims and misinformation.

To be on the safe side, users are always advised to carry out more research on any piece of information that could seem helpful. Regardless of the tag of the Redditor who made the post, try to confirm the data. Sponsors and brands are now paying creditors to influence and hawk their products. This gives other users a false impression that the products are good. Thankfully, Google is just one click away.

Reddit is the most pro-cannabis social media platform because it gives users the freedom to post what they want. Having said that, the platform removes all posts that provide information on buying or selling weed products. Even with this, Reddit is still the most weed-tolerant space.

A Redditor wrote that Reddit probably has more weed users than there are in the general public. The stigma that is usually associated with the use of cannabis is considerably reduced on Reddit, most likely because a large proportion of Redditors are younger generations.