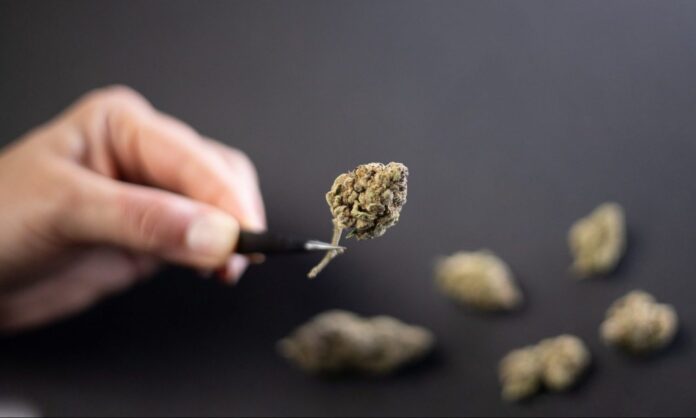 Some of the most popular terms within the cannabis world are indica and sativa. They are unavoidable when purchasing cannabis or when talking to someone who smokes weed regularly. As cannabis legitimizes across the country, industry experts have started to question the validity of these terms. Are they still relevant?

The terms indica and sativa are used to describe the effects of a particular strain of cannabis. Indica strains denote a more mellow experience, while sativas are meant to leave users energized and creative. For plant growers, the terms indica and sativa are meant to distinguish the way the plant looks. Indica leaves are broader, sativas are taller, with narrow leaves.

RELATED: Why Terpene Profiles May Shape The Future Of Cannabis

“‘Indica’ and ‘sativa’ were used to distinguish between cannabis varieties based on physical characteristics,” Jeff Chen, founder of UCLA Cannabis Research Initiative, told Insider. “But at some point, popular culture began attaching distinctions in the effects from consumption of indica versus sativa, despite no evidence of this.”

While your budtender or friend may advocate for a particular strain, the reality is that it’s all dependent on the batch itself and on the effect it has on you. Depending on the type of cannabis, an indica strain might be more energizing than a sativa and vice versa.

Nowadays, the lines between sativas and indicas are incredibly blurred, to a degree where experts call these labels “meaningless.” Over the years, cannabis has been extensively crossbred, resulting in cannabis plants that have parts of both indica and sativa strains. Another influencing factor is the environment where the plant is grown; things like sunlight, temperature, and humidity are big contributors. The same strain might be different when grown in Colorado than when grown in California.

No matter the genetics of the plant, cannabis interacts with our bodies in very complex ways. It’s why a friend might experience a completely different reaction from the same batch of cannabis as you do.

Contemporary data on cannabis shows how important terpenes are, which might provide better orientation when choosing a strain or marketing its effects. Not only are they responsible for providing taste and aroma, they also support and influence the effects of other cannabis compounds, playing an important part in cannabis’ entourage effect.

Cannabis remains mysterious and more research is needed in order to market it better and develop a better understanding of its effect on our bodies.