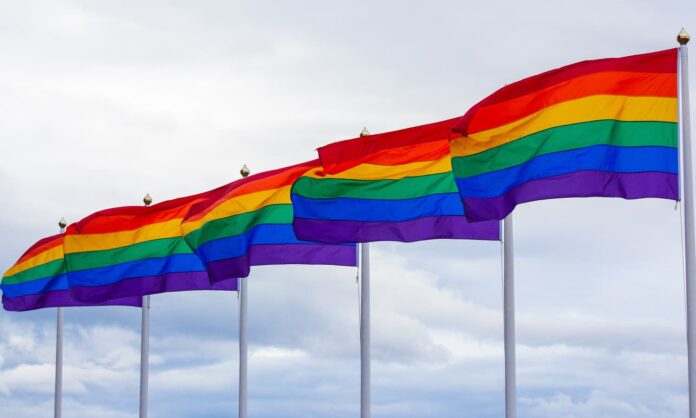 June is the month when retail brands let their customers know they support LGBTQ+ rights and inclusivity, although many of them go quiet once Gay Pride is over.

When retailers put away their rainbow flags and Pride marketing materials, some consumers are left feeling that the effort is more for a summer sales boost than a true expression of inclusivity.

Though from a business perspective, the targeting makes sense. In 2019, the community had an estimated annual buying power of $917 billion, according to the National LGBT Chamber of Commerce. But does it make sense as an ally?

The demand for more substance is here, and a growing number of companies are taking part as inclusivity trends upward to a certain degree.

Where Does LGBTQ+ Inclusion Stand Today?

The cannabis industry struggles with inclusivity. Like other minorities, the lack of LGBTQ+ inclusion has been a concern for years, with momentum gaining traction in recent years.

The lack of representation can be glaring when considering history.

The gay rights movement, as it was known in the 1970s, served as a central community in the advancement of medical marijuana. San Francisco’s Mary Jane Rathbun, better known as Brownie Mary, helped scores of local citizens with her famous pot brownies and that included people suffering with HIV/AIDS.

Kyle Porter, CEO of cannabis PR and marketing firm CMW Media says he can think of just a few LGBT-focused cannabis brands. Porter, who is gay, said that is the outcome of a predominantly straight, white male-dominated industry.

In previous years, Porter has had trouble finding attendees for LGBTQ+ cannabis events. “We tried to hold a LGBT event at MJ Biz two years ago and, like, 30 people showed up,” he recalled.

Porter and others have seen progress in recent years. He said LGBTQ acceptance is growing in cannabis and beyond, “but being LGBT in a board room, either pitching for money or representing a company, historically was not beneficial.”

Hackett, a member of the LGBTQ community, reported seeing “some representation in companies that have expanded beyond cultivation but diversity as a whole is lacking across the industry.”

Hackett emphasized the importance of diversity hiring, seeking talent outside their networks. “As with all emerging industries, there is a small degree of separation when hiring, as many companies hire folks they know, which usually limits diversity,” he said.

The commercialization of queer culture is often a point of debate when discussing Pride.

Laganja Estranja, a prominent pro-cannabis advocate and LGBTQ+ entertainer, said the industry is doing more each day to support the queer community through visibility and financial efforts.

RELATED: Why Social Equity Matters For Cannabis, And What States Are Doing About It

“While the steps may be small and mostly taken during Pride month, we are absolutely headed in the right direction,” Estranja said.

Year-round small steps can include using Pride imagery or scenes of queer couples in marketing materials.

Estranja has worked with various cannabis companies, including mouthpiece creator Moose Labs to promote its products and charitable causes.

The company runs a year-round Colors for a Cause initiative that donates 10% of sales of designated mouthpieces to specific organizations. Its recently rolled-out rainbow mouthpiece is now available all year, with the proceeds going to suicide prevention organization The Trevor Project.

RELATED: Setting Equal Standards For Women In The Cannabis Industry

While profiting off Pride is a concern, so too is being seen.

Porter admitted that Pride-branding is a critical issue and ultimately is happy to have representation in any form.

“Bottom line, I think most gay people, at least those 30 years old and up, would agree,” with the branding, Porter said. “We spent so long in the shadows, under-represented, or even discriminated against, seeing a brand embrace pride, is a win.”

A growing number of cannabis brands are taking up varied year-round efforts.

highlighted several company efforts, which include the Frank’s Friends initiative that offers 50% discounts on medical cannabis products for patients with HIV/AIDS.
The company also seeks to preserve the historical bonds between cannabis and the LGBTQ community by highlighting advocates like Dennis Peron and Gilbert Baker.

RELATED: Black Leaders Step Up To Battle Inequity In The Cannabis Industry

Zucker said some consumers are not fans of the company’s endeavors. “We have received a small bit of negative feedback because of that support, but we see that as an opportunity to reinforce the importance of inclusivity.” .

MSO Holistic Industries‘ year-round efforts include partnering with data firm Headset to register Gen-Z LGBTQ+ voters through the non-partisan organization Vote With Pride. The group notes that at least two million LGBTQ+ eligible voters currently are not registered to vote.

Other efforts launched by the MSO include a limited edition release of its low-dose edible DO Drops, with all proceeds benefiting three groups. In addition to funding Vote With Pride, sales will benefit the Transgender Law Center and Summer of Drag SADBrunch series.