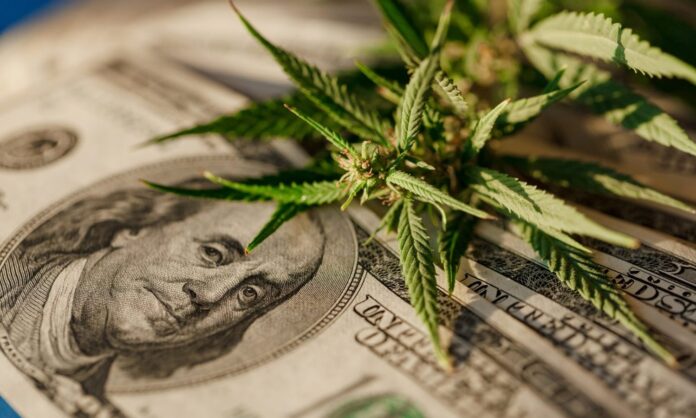 When states first began to “experiment” with the legalization of marijuana, lawmakers, state officials, and everyone else, for that matter, were eager to see how selling legal weed would pan out.

On the one hand, naysayers wanted to judge whether the socioeconomic cost of legalization was worth the tax dollars the market would surely drive into state and local coffers. At the same time, advocates stood waiting for a “told ya so” moment, when they could show the nation that a legitimate pot market would not lead to a drug-addled society. Years later, the results have been mixed.

However, a new study in the journal Addiction attempts to shine some light on the legalization of recreational marijuana. More specifically, it shows what can be expected to happen with illicit drug markets in states that pass recreational marijuana laws, and it is interesting, to say the least.

For starters, fully legal marijuana, subject to state regulations and taxes, appears to make black market pot products more affordable. Researchers found a 9.2% drop in the price of street weed in places with recreational marijuana laws on the books. In some cases, lower quality bud experienced a price decrease of 19.5%. The “prediction,” as the study calls it, is that marijuana legalization is creating less demand for black market weed and therefore driving down the prices.

Still, real life tells us that legalization is fueling the black market in a lot of ways. This is especially true in states like California, where illicit pot operations still outnumber the legal ones. The legitimate market has also increased black market dealings across state lines. Law enforcement in prohibition states continue to report more increases in marijuana seizures all the time.

By their own admission, cannabis advocates say the black market will not die — at least not until legalization becomes more widespread.

“You’re never going to eliminate [the illicit market] until most of the states are legal,” Adam Smith of the Oregon-based Craft Cannabis Alliance told Politico back in 2019. “As long as half the country still can’t get it legally, there’s a market for it illegally.”

Another implication of the study is that the price drop is connected to the increase in domestically grown cannabis, which has drastically reduced the need for criminal organizations to smuggle it from foreign lands. Yet, increased domestic production does not necessarily mean that criminal organizations have opted out of marijuana, although researchers believe that could happen eventually. It only suggests that pot production and distribution are now more logistically sound on US soil. As Smith pointed out, there is still a market for illegal cannabis in most of the country. Criminal cannabis producers (and yes, that includes cartel operations) aren’t going anywhere.

Federal marijuana legalization would help. Although it would not force prohibition states to change their pot laws, it would make it easier for them to do so. As we’ve learned from watching the downfall of alcohol prohibition, it could take some time before every state falls in line.

The trick is getting pot consumers to frequent the legal market rather than buy it from illegal sources. A recent report from the Nevada Appeal shows that the black market still produces $20 million in tax-free revenue in the southern portion of the Silver State. On a positive note, busts on illegal grow operations are down significantly. Las Vegas Metro reportedly took down 11 black market grow ops in 2020, compared to 111 in 2013.

RELATED: Why The Black Market Continues To Thrive — And What Is Being Done About It

Some believe the key to throwing a wrench in the illicit pot market is keeping taxes low. In New York, which is approximately 18 months from launching its new recreational marijuana scene, cannabis advocates feel the tax rate will be low enough to prevent the black market from running strong. Still, illegal weed slingers say they will press on.

Oddly enough, researchers found that marijuana legalization seems to affect the heroin market, as well. The data shows the smack being sold on the streets in legal marijuana states is 54% stronger than in areas of prohibition. Of course, the potency boost has driven the prices up by 64%. However, the prices of other hard drugs like cocaine and methamphetamine haven’t experience a similar increase. Just heroin.

All in all, researchers aren’t sure what legal weed has to do with heroin, but they believe there is a strong correlation, and they are eager to learn more.

“Our exploratory findings suggest that markets for illegal drugs may not be independent of legal cannabis market regulation,” lead author Dr. Angélica Meinhofer said in a statement. “As more states move towards legalization and additional post-RCL implementation data become available, we’ll need to do more research to determine whether recreational cannabis laws cause those changes in the illegal market and what happens in the long-term.”