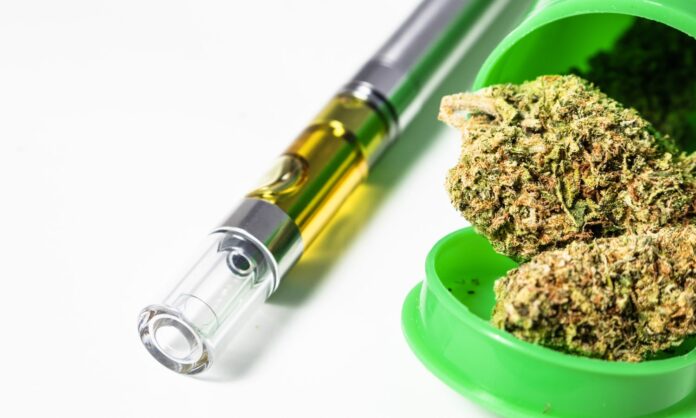 We don’t write about criminal cases often, but a recent decision from the Minnesota Court of Appeals caught my eye because of its potential impact on the people of Minnesota and businesses engaged in processing, manufacturing, possession, or selling of Hemp/CBD in Minnesota. This ruling affects manufacturers, processors, sellers, distributors, and consumers of any liquid form of Hemp/CBD.

Let me explain. State troopers executed an arrest warrant at a home in Brainerd, Minnesota. The officers found the defendant at the home and observed cannabis smoking paraphernalia (a pipe, rolling papers, a grinder, and a torch lighter) and a plastic tote box. The officers then obtained a search warrant and found three pounds of a “leafy plant material” and 89 vaporizer cartridges containing an “amber-colored liquid.”

The defendant was tried and convicted of a possession of a controlled substance, namely marijuana, and other offenses not relevant here.

The defendant appealed the marijuana convictions. Among his arguments were that the State failed to prove beyond a reasonable doubt that the substances he possessed had a delta-9 THC concentration that was greater than 0.3% on a dry weight basis. Defendant relied on a recent amendment to the Minnesota statute defining marijuana to expressly exclude hemp. Defendant contended the state failed to prove that he possessed marijuana as opposed to hemp.

So far so good for the Minnesota Public Defender’s office, which ably represented the defendant on appeal.

But the appellate court took a different view of the vaporizer cartridges because of a quirk in Minnesota’s controlled substances law. To understand the court’s reasoning, it is important to understand that Minnesota has separate statutory definitions for “marijuana” and for “tetrahydrocannabinols”. I’ll skip parsing the statutes and go right to the conclusion:

“Unlike the definition of marijuana, the inclusion of tetrahydrocannabinols in Minnesota’s Schedule I does not make any exception for hemp or for a substance or mixture that has a concentration of delta-9 tetrahydrocannabinol that is 0.3 percent or less on a dry-weight basis.”

Because the State established that the vaporizer cartridges contained some amount of tetrahydrocannabinols, the State’s evidence was sufficient to uphold defendant’s conviction.

What this means is that a “liquid mixture” containing tetrahydrocannabinols is a Schedule I controlled substance under Minnesota law. The state does not have to prove that the mixture contains delta-9 tetrahydrocannabinol in a concentration greater than .3 percent on a dry weight basis.

Although perhaps the appellate court may be commended for its by-the-book approach to statutory interpretation, the effect of this ruling leads to terrible practical results. It is now lawful to possess cannabis in the form of “leafy plant material” that contains a delta-9 tetrahydrocannabinol in a concentration less than .3 percent on a dry weight basis. (Hemp, in other words). But it is a crime to possess a “liquid mixture” containing tetrahydrocannabinol, regardless of its delta-9 THC content.

This means businesses or people who process, manufacture, sell, or possess any hemp in liquid form may be subject to criminal liability. Presumably a “liquid mixture” containing tetrahydrocannabinol includes tinctures, beverages, and possibly certain cosmetics and other products. As this case shows it certainly includes vape cartridges.

What’s the fix? I expect an appeal to the Supreme Court is likely. But a quicker and more certain result would be for the Minnesota legislature to amend the definition of tetrahydrocannabinol to exclude hemp. That should be done whatever happens with this case.

Jesse Mondry is an attorney at Harris Bricken and this article was originally published on the Canna Law Blog and was reposted with permission.