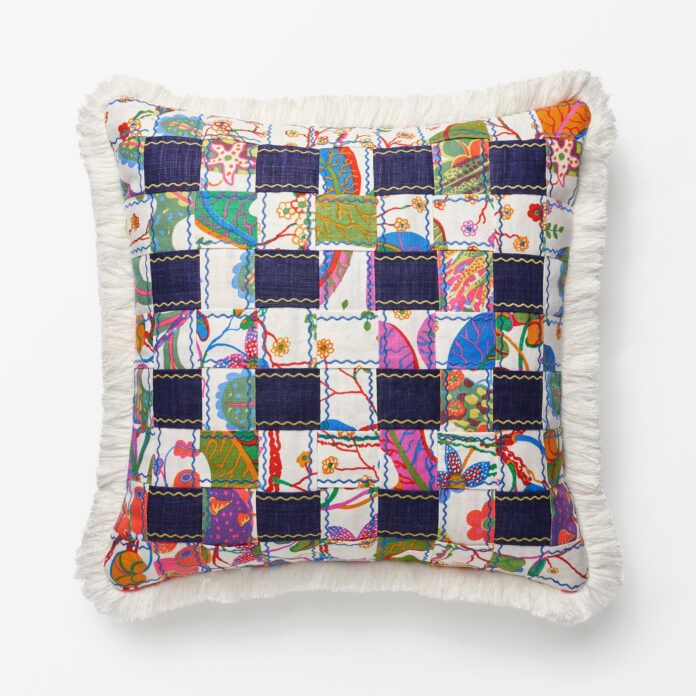 Ideas of Order, the California Closets magazine, has launched its fourth volume. The Home Issue, as it is being dubbed, includes notable clients like AD cover star Misty Copeland.

Elsewhere, Matthew Fisher has debuted a new slew of products. Think beautiful marble boxes, basins, and vases—all of which can be yours.

Belgian artist and painter Jean Philippe Demeyer reinterprets Svenskt Tenn founder Estrid Ericson’s summer home for the design house’s newest exhibition, hosted at the flagship store. Titled “Al Fresco,” it captures the playful and colorful spirit that Ericson’s house, Tolvekarna, was known for. The installation includes nearly 30 exclusively designed cushions that Demeyer made from recycled Josef Frank fabrics in hopes of giving the iconic prints a new life. The exhibition is taking place at Strandvägsgalleriet from March 26 to May 30 in Stockholm.

Another Exhibition Makes Waves on the Art Scene

Japanese artist Izumi Kato will showcase a new body of work at Perrotin Gallery on New York’s Lower East Side later this month. The exhibition will feature a selection of the artist’s mixed-media sculptures, paintings, and installations, all inspired by Shintoism, an ancient practice that emphasizes that every inanimate object contains a spirit. It is also the central philosophy to all of Kato’s work.

“The current exhibition specifically highlights the importance of material in his practice—including news works made out of stone collected from the base of Tokyo’s Mount Hakone, as well as fabric that Kato has gathered from flea markets across Mexico, France, China, and Japan over the course of nearly a half decade,” Peggy Leboeuf, a partner at Perrotin New York, says to AD PRO. “Izumi’s process is incredibly special because the artwork creation is equally as important to the material search as well as the in-situ installation.”

Bunny Williams—Not a House but a Home is the latest installment in the Institute of Classical Architecture & Art’s Design in Mind series. And while the episode has previously been on the radars of those in the know, today it begins its national broadcast on PBS-affiliated stations. Interested viewers can find the current broadcast schedule at classicist.org/broadcast and can stream the film at PBS.com. In other words, an inside peek into the wonderful world of the AD100 Hall of Fame designer is just a click (or two) away.

Also of note, designer Carmeon Hamilton has won Design Star: Next Gen. This means she has received $50,000 in prize money and has her own Discovery+ series on the horizon. Certainly, that is something that content streamers everywhere can get behind.