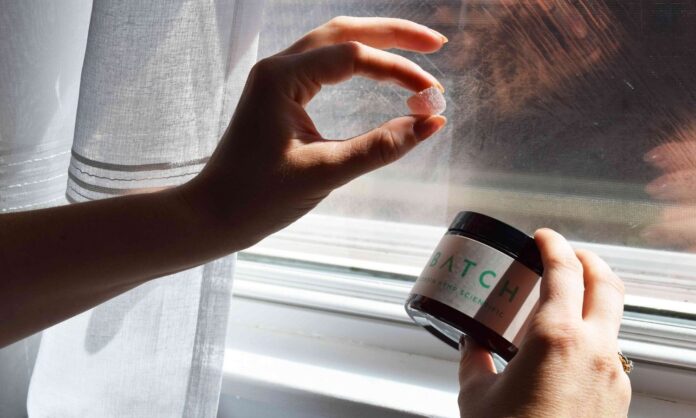 There is always a sense of apprehension and uncertainty because cannabis is still illegal at the federal level. However, there is a glimmer of hope whenever such discourses occur with bipartisan support.

The new senate bill (introduced in May) seeking to regulate CBD foods and other products is an example of a bipartisan effort that empowers the Food and Drug Administration to treat hemp-derived products just like any other.

Senator Rand Paul from Kentucky, Senator Ron Wyden, and Senator Jeff Merkley from Oregon sponsored the bill alongside the Hemp Access and Consumer Safety Act. In a statement, Wyden asserts that this bill is timely because the FDA fails to update its rules regarding such hemp-based products.

Senator maintained that he had worked with other senators so Congress could legalize hemp and other hemp-based products. This time around, they are set to ensure that the FDA takes the program seriously for America’s sake.

Congress confirmed the Agriculture Improvement Act in 2018, which, in addition to being the recent Farm Bill, is also a step towards removing hemp from the schedule 1 category. The schedule 1 grouping for hemp makes regulation and legalization difficult, and this act (if successful) eliminates such restrictions.

RELATED: The FDA’s Problem With Hemp-CBD

CBD products are used all over America in states that have legalized them, so one has to wonder why the Senate hasn’t done anything to ensure the federal government gets its CBD revenues. American consumers and farmers will have more liberality with CBD with a bill having the approval of Congress.

But, Congress still doesn’t have the final say because the FDA must approve CBD and certify it safe for consumption. So is the FDA on board with this plan?

FDA restrictions and its threat to the bill

According to the FDA’s rules, it doesn’t allow any new dietary food, ingredient, or beverage into interstate commerce if it has already been approved as a drug. Now CBD is mainly already used in the pharmaceutical industry, and the FDA had approved the Epidolex drug, which is purified CBD. Epidolex is used to treat seizures.

The FDA also has the authority to remove substances from the prohibited list and has maintained that it has “Limited” knowledge about the safety of CBD and other marijuana-based substances. Although the FDA made some effort by seeking information about CBD’s safety from stakeholders, their progress has not yielded results.

RELATED: Will The FDA Soon Treat Hemp CBD As A Dietary Supplement?

Their progress has been slow because of the negative impact of the COVID-19 pandemic. Thus, the FDA has only resorted to sending warnings to companies who create several claims for their CBD substance. For example, CBD products have been marketed as treatment options for arthritis, relief from cancer pain, and even Alzheimer’s.

Only one effort from Congress to legalize hemp farming and the sponsors of Hemp Access made the FDA effectively regulate hemp products, thus providing relief to help farmers and merchants.

Yet, the FDA is the sole entity holding Congress back from taking a bold approach with CBD. Senator Merkley aptly said that for every day the FDA continues to waste time with updating CBD regulations, hemp farmers will continue to miss out on making a profit. Farmers will also be left guessing which products will be regulated, and business owners will not know how to get into the market.

The Consumer Safety Act and Hemp Access plan allows hemp-based CBD products to be legally used in food, beverages, and supplements with the Federal Food Drug and Cosmetic Act. The bill’s sponsors agree to prioritize customer safety and ensure that manufacturers (for CBD products) comply with all federal requirements.

The bill will also ensure that all CBD-infused products are well labeled. More so, the bill insists that the Secretary of Health and Human Services will mark the requirements for dietary supplements and food that contains hemp.

Jeff Daulby, Senior Vice President of Governmental Affairs, along with the Consumer Brands Association, maintains that the CBA has commended Senators Merkley, Wyden, and Paul for displaying support for CBD. Consumer brands have also advocated for a federal regulatory framework for CBD that will help the FDA set intelligent and consistent laws.

Congress also hopes that by empowering the FDA, they will deliver the much-anticipated rules for the American CBD performer. If the FDA takes its responsibility seriously and influences Congress to legalize cannabis, it will be a good day for the farmers and users.

Every nation has to think about how to get internally generated revenues, and with the rest of the world embracing cannabis, it is time for America to do the same. The amount of lost revenues is mainly attributed to the back and forth between the FDA and the Senate.

If only both parties can agree to the process and stay committed to ensuring America has access to cannabis at will. There will still be hurdles to cross in the future, but one thing is sure: cannabis will continue to grow across states that have legalized cannabis.

Yes, indeed, the future of cannabis is right before us, but we must work together as a team to get there. So while the senators are doing their best to enforce the bill, the FDA needs to embrace the truth about CBD-infused products as valuable pieces in society.

In the past, the Senate has made similar efforts to regulate and legalize cannabis without any success. However, experts and enthusiasts are optimistic about this bill. The future will tell if they are right or wrong.