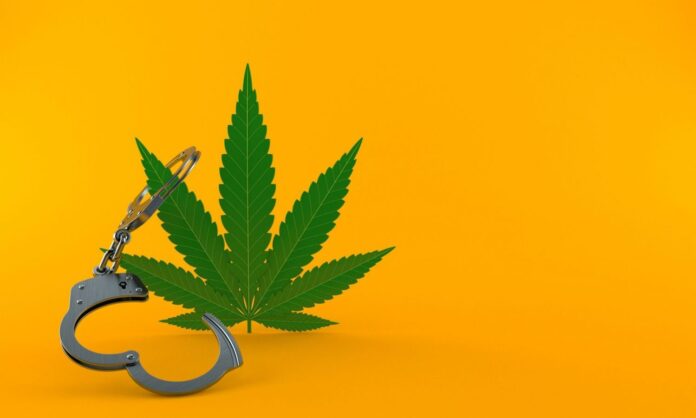 The most recent wave of successful legalization efforts has demonstrated the effectiveness of pro-cannabis reformers to frame cannabis policy as a civil rights and racial justice issue. Between November 2020 and April 2021, seven additional states approved laws to fully legalize adult-use cannabis. Thus far, 18 states plus DC have voted, either by ballot initiative or via the legislative process to do the same.[1]

The structure of the new laws in states likes Virginia, New Jersey, and New York—to name a few—have put centerstage a recognition that the war on drugs was and is a racist institution that purposefully harmed communities of color for decades. Drug reform laws were thus designed to right some of those wrongs and to rehabilitate and empower the victims of the drug war and the communities (both demographic and geographic) from which they hail. Reform advocates have expanded the policy space beyond criminal justice reform to include economic policy. With the community investment opportunities that new revenues will enable, legalization is just the beginning of a cannabis opportunity agenda focused on equity.

The legalization framework in New York illustrates this trend. The main focus of New York’s cannabis reform law, titled the Marijuana Regulation and Taxation Act, is racial and social justice. Each part of the Act addresses specifically how reform will benefit communities and people who have been disproportionally impacted by cannabis criminalization.

The first part New York’s plan is automatic expungement of cannabis-related convictions that are now legal so that people are not left behind in the new legal landscape. The Act expunges convictions for possessing cannabis, cannabis consumption, and other offenses from any point in time. Though the idea of expunging records is not new, only some states have made the process automatic. Illinois and Vermont preceded New York in including automatic expungement but most of the other states, including Michigan and California, that have enacted cannabis reform only authorized expungement or sealing of records by petition. New York previously sealed the records of over 150,000 people with cannabis-related convictions in 2019.

Automatic expungement is crucial for addressing the disproportionate effect of the war on drugs on Black and Latino Americans. This past year in New York City, 94% of those arrested for cannabis-related charges were people of color, even though cannabis consumption varies little by race. An automatic process also ensures that cannabis reform is effective in reaching all those impacted by criminalization, including people without the resources to petition for expungement. In New York, 107,639 convictions are estimated by the state to be eligible.

Second, New York has also taken steps to ensure that people disproportionately affected by cannabis criminalization have access to the new economic opportunities presented by reform. The primary way that they hope to include such communities is through ensuring that half of all cannabis licenses go to social equity applicants—people who are from communities disproportionately impacted by prior laws, minority and women owned businesses, disabled veterans, and struggling farmers.[2] Other states have adopted similar programs, with varying degrees of success. Massachusetts was the first state to adopt a state-wide social equity plan for licensing and has two programs to provide guidance and prioritize license review for those most impacted by the war on drugs.

But in 2019, three years after passing cannabis reform, only two social equity applicants for cannabis licenses had been approved out of total the 105 provisional and 79 final licenses issued. The legal cannabis market is monopolized by white distributors, with 81% of businesses being owned by white people. The barriers to entry for people of color are high, with some states forbidding those with felony convictions from obtaining a license and setting high application fees. The racial disparity in the legal cannabis market continues the disproportionate impact of criminalization on communities of color. By setting specific goals for equitable cannabis licenses, the New York plan will hopefully ensure more economic opportunities for people affected by cannabis criminalization, particularly Black and Latino New Yorkers.

Third, the plan also prioritizes investment in communities disproportionately impacted, recognizing the long-term effects of the war on drugs. High rates of incarceration for drug-related convictions have contributed to wealth disparities between communities of color and white communities, leading to fewer public resources and a lack of economic opportunities. New York anticipates receiving $350 million in yearly tax revenue and has committed to dedicating 40% to reinvestment. The money will go to the Community Grants Reinvestment funds, which include grants for local governments and community organizations to fund programs in communities disproportionately impacted.

The funds can be spent on a variety of social programs including adult education and mental health and substance abuse treatment. They can also be spent on economic equity programs like job placement and skills services, financial literacy, and community banking. Reinvestment grants can also help address the impacts of criminalization by funding legal services for people with prior cannabis convictions that face barriers to workforce reentry.

How states that legalized early are adopting equity measures

Each of the new states to legalize and prioritize issues of racial justice and social equity seek to build on the efforts—or lack of efforts—from prior states. The earliest jurisdictions to legalize such as Colorado, Washington, Oregon, Alaska, and DC often discussed issues of race in the initiative campaigns. Explanations, particularly in communities of color, about the effects of the drug war and how removal of criminal penalties would have significant benefits helped build the coalitions that passed those referenda. However, the initiatives themselves were severely lacking in proactively addressing issues of justice and equity. Many of the early legalizing states have subsequently passed reforms including social equity programs for minority cannabis business ownership and record expungement to combine criminal justice and economic opportunity elements into a comprehensive social justice effort.

RELATED: Why Social Equity Matters For Cannabis, And What States Are Doing About It

States like Illinois, New York, New Jersey, and others have recognized something critical to a comprehensive justice conversation: cannabis expungement is not enough. Expungement is important (automatic expungement more so), but expungement only fixes one day in a person’s life: the day he or she is convicted of a crime. Expungement does not inherently fix all of the missed economic, educational, wealth-building, and social opportunities that occurred because of a criminal record.

Several states have recognized that investment in the individuals and communities hit hardest by the war on drugs is essential to addressing this nation’s disastrous history in this area. California will invest $30 million this year, $40 million next year, and $50 million each year after into communities disproportionally impacted, a significant number that nevertheless pales in comparison to the approximately $140 million New York plans to invest yearly. The challenge now for states is to identify how to target such investment and ensuring that there are sufficient revenues to accomplish it. That challenge involves designing tax policy that is sufficient without being punitive. It also involves combining data on arrests and other law enforcement activities with a sensitivity to the fact that the geography of the drug war’s past may not be the same geography of the drug war today.[3]

Limits at the state level and how Congress can strengthen equity

For states seeking to ensure that newly forming cannabis markets include business opportunities for people affected by the drug war, there is a major obstacle: access to capital. Prohibition at the federal level means that borrowing funds to start a small business is not an option. As long as cannabis remains a Schedule I controlled substance under federal law, small businesses will largely continue to operate on a cash-only basis. A further squeeze on any small cannabis business is that banking services, if they are available at all, come at costs that only the largest market actors can absorb. There are two ways Congress can fix this and make it possible for license carve-outs to foster small business as intended. One would be establishing clear protections for banks to provide services to cannabis businesses in states where it is legal. The other would be, of course, to remove cannabis from Schedule I of the Controlled Substances Act.

On the community reinvestment side, Congress should pay close attention to the programs states are developing. In particular, New York’s investment commitment is significant. Investment in communities that were targeted in the war on drugs has the potential to touch on many different aspects of racial inequality.

Whether it’s unemployment, housing, the racial wealth gap, poor health outcomes or other issues, Congress and the administration can build on successful programs in the states. Cannabis legalization has provided a rare instance of clarity and consensus around a key social justice issue—a need to right historical wrongs. Tax revenue from cannabis sales alone won’t be enough to do the job. But it will create valuable laboratories of equity-building and community reinvestment in the states, the evidence from which Congress can use to make meaningful moves toward equity through its spending powers.

[1] The ballot initiative that passed in South Dakota is currently in a protracted legal battle regarding its constitutionality, and the DC ballot initiative has been blocked from implementation by a congressional appropriations rider.

[2] Social equity applicants are defined as people of low income who have, or have a close relative who has, a cannabis related conviction.

[3] One important challenge that states and other jurisdictions have and will need to work through is avoiding using dated—yet still important data indicators—that could lead to targeting investment funding to neighborhoods that no longer maintain a population targeted by the drug war. A neighborhood that has gone through extensive gentrification would be whiter, wealthier, and possibly older than it was 10 or 20 years ago. And while historic data on arrest rates could suggest that neighborhood should qualify for such support, the economics and demographics of that neighborhood today would not make it a prime target. Similarly, within neighborhoods undergoing gentrification, investment decisions must be made to ensure that those individuals and groups intended to benefit from such programs are the actual beneficiaries of those programs.

This article originally appeared on Brookings and has been reposted with permission.