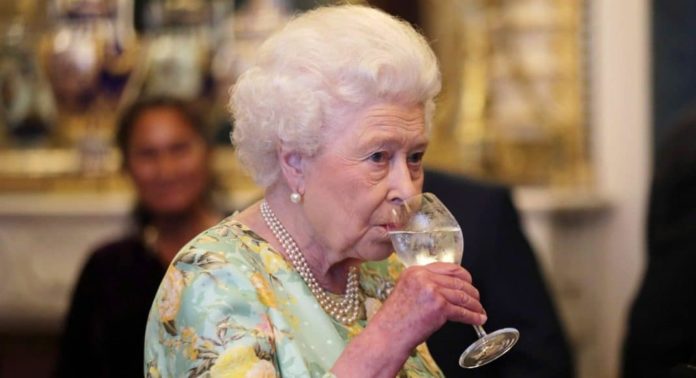 Queen Elizabeth’s sparkling of choice is Bollinger, the first Champagne to ever receive the royal stamp of approval. And you can score a bottle for way less than a Benjamin.

Anyone who’s been keeping up with the Queen’s drinking habits shouldn’t be surprised by the news that Her Majesty likes to imbibe in Champagne on a nightly basis. It’s just one of four cocktails she consumes daily  (being the Queen is stressful!)

Queen Elizabeth’s sparkling of choice is Bollinger, the first Champagne to ever receive the royal stamp of approval. While many bottles clock in at more than $100, you can score a bottle of Bollinger Brut Special Cuvee for around $50.

According to the Observer, Bollinger became the official supplier of Champagne to the British court after receiving a Royal Warrant in 1884 from Queen Victoria, and again in 1950 from King George VI.

Fun fact: there are only eight Champagne brands that have received royal warrants. The others include Krug, Lanson and Pol Roger.

A royal warrant is issued for brands that have supplied the royal family for a minimum of five years.

Here’s where the Average Joe comes in. Bollinger is releasing a bottle of limited edition rosé 2006 (the brand’s inaugural limited edition rosé), which has been aged for  a decade and is a combination of 72 percent pinot noir and 28 percent Chardonnay. A bottle of this limited edition bubbly will run you about $120. But then again, it’s not everyday you get to drink like royalty.

Campaign Spending at Trump Properties Down, but Not Out