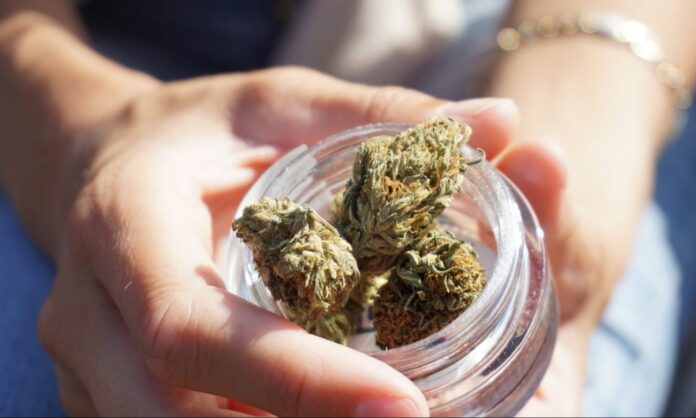 This article originally appeared on AskGrowers.com and has been reposted, unedited, with permission.

Those new to buying and smoking marijuana may at first get confused about the weed sizes terminology. Some dispensaries sell marijuana in grams, while others have weed prices denominated for ounces. So, how to determine which amounts of weed you’ll get if you buy, for example, a quarter? What are the weight and dimensions of an eighter?

As the cannabis culture is rich and long-standing, dozens of slang terms emerged to designate this or that quantity of weed you’re buying. Marijuana sales have for a long time been illegal, so dealers and buyers have developed a sophisticated vocabulary to denote different portions without risks of being understood by unwanted people.

Thus, don’t be surprised to hear weird words like “a dime bag,” “an eighter,” or “a zip.” Even though the industry has been legal for some time now, the culture of calling weed portions the old-school way is still alive. Knowing the terms will save you the trouble of confusing things or overpaying for weed. We’re here to clear all the weed measurements intricacies to help you out.

How Much is a Gram of Weed?

The minimum with which you can start is a gram of weed. As a rule, it’s the smallest size dispensaries can sell, and users acquire such quantity for a test of a new strain or quick, one-time use.

RELATED: Why You Should Smell Your Weed Before Buying

How much is a gram of weed? There is nothing complicated here – a gram equals 1g in standard weight measurements units, so you’ll hardly be mistaken.

The word “dime” is often used to denote 10, so a gram of weed bag is often called a “dime bag.” The dime bag of weed name comes from the portion’s price, which most users can acquire for around $10. Thus, if you need to buy only one gram, you can use the terms “gram,” “dime bag of weed,” and “dub.”

How Much is a Dub of Weed?

As the term suggests, a dub is a 20g bag of weed, also known as a dub-sack. All over the world, whenever you travel, you can always count on a dub-sack to contain 2g of marijuana.

A gram of weed has the following slang terms:

How Much Is an Ounce of Weed?

An ounce of weed takes you to the world of bulk buyers, allowing you to enjoy a lower price and a substantial quantity of cannabis for smoking at your pleasure and convenience. It’s also the legal maximum for a one-time purchase, even in states with legalized marijuana. The cost of one ounce ranges from $190 to $350 across the USA, and a decision to buy this weed measurements unit is usually wise for regular smokers. In this way, they don’t need to bother returning to the dispensary, again and again, having sufficient stock of weed in their homes for regular use whenever they please. However, it’s key to stay disciplined, as having so much weed at your fingertips may often only mean that you’ll smoke it more often than usual.

How Many Grams in an Ounce of Weed?

How many grams in an oz of weed? An ounce contains 28 grams of weed, which is usually enough for 2-3 weeks and even up to one month for disciplined smokers.

How Much is a Zip?

A zip of weed is precisely one ounce. This portion of weed acquired this name because it fits a sandwich zip bag ideally. Many dealers used to store ounces of weed in these bags, so getting an ounce is still equated to buying a “zip bag.”

An ounce of weed has the following slang terms:

How Much is a Half Ounce of Weed?

A half ounce of weed also equals two quarters. This amount of weed is also considered a bulk purchase, allowing you not to worry about stock replenishments for a couple of weeks (for those who smoke one joint per day). Heavier smokers usually use half an ounce for one week.

The cost of a half of weed varies from $110 to $180 in different states. Those who consume 2-3 joints a day won’t have it last longer than one week, but those having only one can extend the portion for several weeks of regular use.

How Many Grams in a Half Ounce of Weed?

How many grams in a half oz of weed? If an ounce is 28 grams, then a half of weed is precisely 14 grams in weight.

How Much is a Half a Zip of Weed?

A zip is another term for an ounce, so half a zip of weed is exactly half an ounce of weed.

A half of weed has the following slang terms:

How Much is a Quarter of Weed?

When we’re talking about a quarter of weed, we always mean the quarter pound of weed. Thus, to determine the right weight, you need to divide the ounce (28g) by four. The resulting weight is 7 grams, which is enough for a couple of days for a non-heavy smoker.

As a rule, you will need to pay from $70 to $100 for this amount of marijuana. People who don’t smoke marijuana too often can extend the quantity for over one week. However, this weed amount gives the owner relative freedom of consumption, as it’s quite enough to have a good time smoking for several days without concerns about the need to go to the dispensary again.

How Many Grams in a Quarter of Weed?

How many grams is a quarter pound of weed? This portion is one-fourth of 28 grams, which results in a weight of 7 grams.

How Many Ounces in a Quarter of Weed?

The ounce is a larger weed measurements size than a quarter, so there is only one fourth of an ounce in the quarter.

A quarter of weed has the following slang terms:

How Much is an Eighth of Weed?

An eighth of weed is a portion twice smaller than the quarter, and as its name suggests, it equals one-eighth of an ounce. The 8th of weed typically costs around $35-50, while high-demand markets (e.g., California) pose even higher prices. Whenever you buy an eighter, you should be ready to have 12-15 bongs with it (which is a fair amount of weed for around one week) or roll 4-5 joints.

How Many Grams in an 8th of Weed?

As this portion equals one-eighth of the size of one ounce, its weight can be identified by dividing 28 by 8, which is 3.5 grams. Those who want to have it all precise and right should refer to the weight of 3.543 grams. If you want to understand how much this portion weighs, try a penny coin in your hand. It’s around 3-3.5 grams in weight. How much is an 8th of weed in grams? The weight is 3.5 grams, though the precis estimates differ from 3 to 3.5 grams in various locations.

How Many Ounces in an Eighth of Weed?

An ounce is a larger measurement of weed unit, so there is no full ounce in an eighth. An eighth of weed contains one-eighth part of an ounce, which is 3.5 grams.

An eighth of weed has the following slang terms:

Small portions are always the most expensive, so if you know the weed well and want to consume more of it, it’s better to get a larger portion at once, saving on the bulk purchase.

Please keep in mind that buying anything larger than an ounce is prohibited by the law, even in those states where marijuana is legalized. Thus, if you’re trying to get an ounce for yourself, you can only get some problems with law enforcement officers (unless you’re a dispensary owner or a licensed, official distributor).

RELATED: 4 Things You Need To Know Before Visiting A Marijuana Dispensary

Another tip is to use digital scales for weed measurements of your home-grown or purchased weed. Digital scales are much more precise than usual scales, which is an essential matter in weighing such a costly product as cannabis.

Finally, keep in mind that a major portion of weed weight is determined by moisture. So, the older your weed is, the lighter it gets because of drying out.

Now that you have all information about marijuana weights and portion sizes, you’ll be much better positioned to buy the right quantity for your needs and budget. If you’re unsure about a new blend or want to try a new strain, it’s better to opt for a gram or so. In this way, you’ll consume the weed quickly, just giving it a try without paying too much for something you might not like.