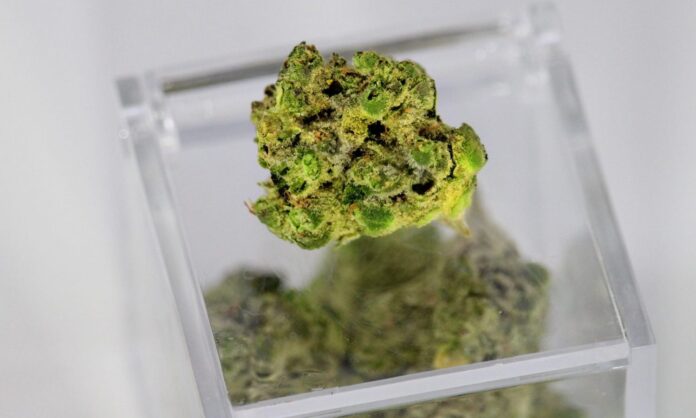 For years, the only cannabinoid that anyone seemed to care about was delta-9 THC. Cannabinoids are compounds found in or derived from cannabis (or in some cases, other organic materials). Delta-9 is the component in marijuana that gets users high. However, it is not the only compound in the cannabis plant.

Starting in 2016, CBD emerged as a wildly popular, non-psychoactive cannabinoid that could be derived from hemp, which is cannabis with less than 0.3% delta-9 THC on a dry weight basis. Then came delta-8 THC, which has exploded in popularity as the next big thing in cannabis.

In light of this, we at the Green Light Law Blog want to inform our readers about other, up-and-coming cannabinoids. Today we will focus on THC-O’s legality and more.

For more on this, check out this MJBizDaily article. At least one patent has been granted for the process of converting cannabis oil into THC-O: US Patent No. 10,792,584. THC-O is potent. It is described as having three-times the psychoactive effect of delta-9 THC and lasts much longer.

What is the legal status of THC-O derived from hemp?

THC-O derived from hemp is most likely going to be considered an illegal product by the Drug Enforcement Administration (DEA). The 2018 Farm Bill amended the Controlled Substances Act (CSA) to exempt “tetrahydrocannabinols in hemp” from the CSA. THC-O is not specifically listed as a controlled substance. One would think that this Farm Bill reference would cover THC-O, making it fall outside the confines of the CSA. But the analysis is more complicated because THC-O is not naturally occurring in cannabis, including hemp. Therefore an argument can be made that THC-O is not a tetrahydrocannabinol in hemp despite being derived from cannabinoids in hemp.

The process by which THC-O is manufactured also has legal significance. The DEA has made its position clear when it comes to synthetically-derived cannabinoids in its Hemp Rule, issued in August 2020:

Because THC-O is produced in a laboratory, it is likely that it would be considered a “synthetic cannabinoid” by the DEA. The term “synthetic” is not clearly defined in DEA regulations or the CSA. According to a DEA Resource guide from 2017, “Synthetic cannabinoids are not organic, but are chemical compounds created in a laboratory.” Black’s Law Dictionary defines “synthetic” as “[a] product not naturally produced but fabricated through synthesis.” In turn, “synthesis” means the “[p]rocess of combining substances to create a new substance.” Based on these definitions, and the DEA rule, it seems likely that the DEA does or will consider THC-O derived from hemp as a controlled substance.

State law may also factor into the question of THC-O legality. I recently wrote about HB 3000’s impact on Delta-8 products in Oregon and the Oregon Liquor and Cannabis Commission’s (OLCC) role in regulating hemp products. HB 3000 defined a new class of products called “Adult Use Cannabis Products” which may not be sold to anyone under the age of 21. The presence of “Artificially derived cannabinoids” makes a product an Adult Use Cannabis Product. According to HB 3000, “Artificially derived cannabinoid” means a “chemical substance that is created by a chemical reaction that changes the molecular structure of any chemical substance derived from the plant Cannabis family Cannabaceae.” In Oregon, THC-O derived from hemp may not be explicitly prohibited, but they would be restricted. Other states may ban all forms of THC from hemp, so it is important to consider how state law plays into the question of legality.

Because THC-O is not naturally occurring in hemp, its legality is highly questionable considering the DEA’s position on synthesized cannabinoids and the Analogue Act. The sale of THC-O opens up all parties involved to criminal risks associated with drug trafficking. While it is unlikely that the DEA will allocate limited resources to THC-O, it is not outside of the realm of possibilities. Be careful out there and feel free to reach out with any questions about THC-O. We will also be writing about other minor cannabinoids so stay tuned to the Green Light Law Blog.

Daniel Shortt is a corporate and regulatory attorney based in Seattle, Washington who works extensively with entrepreneurs in the cannabis industry. You can contact him at info@gl-lg.com or (206) 430-1336.