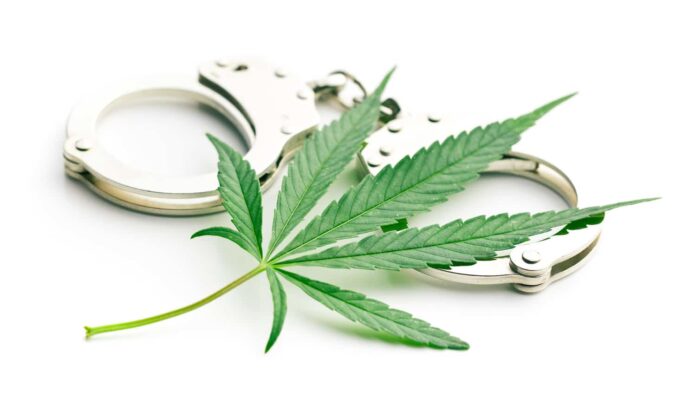 I am proud to report that the legislature of my home state of Texas has passed the ‘Star-Spangled Banner Protection Act’which will penalize professional sports teams if they do not play the national anthem before games. Unfortunately, they could not change lyrics so that they still say something about “the land of the free and the home of the brave.” That could give people the wrong idea.

For example, the same group just decided that Texans can’t be trusted to possess any quantity of marijuana, although the penalties may be reduced for a small amount.

A 2021 University of Texas/Texas Tribune Poll found that 60% of Texas voters believe possession of small or large amounts of marijuana should be legal for whatever purpose, but the majority of the legislature don’t trust the voters who voted for them.

In 2019, there were more than 45,000 arrests in Texas for possession of marijuana, but that was a decrease from the nearly 63,000 reported arrests in 2018, the most in America (out of a total of half a million nationally).

Ironically, in July of 2019, the Texas Department of Public Safety issued a memo instructing DPS officers to issue citations, rather than make arrests, for possession of less than 4 ounces of marijuana. The Texas police are more enlightened than the legislature! (Faint praise.)

Previously, the legislature voted to make it legal for Texans to carry handguns without a license or training. A solid majority of Texas voters don’t think permitless carry should be allowed, according to the latest University of Texas/Texas Tribune Poll.

The Texas legislature also passed a number of other laws that restrict voting, supposedly to “protect democracy”. But why bother?

The contrast between the enforcement of the marijuana laws and gun laws nationally can be seen in an article published by The Trace, a nonprofit “Investigating gun violence in America.”

SEE: The ATF Catches Thousands of Lawbreaking Gun Dealers Every Year. It Shuts Down Very Few

The article begins with a report on Uncle Sam’s, a huge pawn shop in Man, a tiny town in West Virginia:

“This was the ATF’s third inspection of Uncle Sam’s in seven years. The two most recent audits found that the store had transferred weapons without conducting background checks and failed to provide safety notices to handgun buyers. At one point, ATF records show, more than 600 firearms that should have been in stock could not be found — a red flag for gun trafficking.”

Law enforcement is not always so forgiving. “Black people in West Virginia are 7.3 times more likely than white people to be arrested for cannabis possession despite national usage rates being similar, a report released Monday by the American Civil Liberties Union of West Virginia reveals.”

SEE: Guns And Marijuana. The Drug War Is The Greatest Threat To Gun Ownership Rights

In 2018, the last year I could find data for sales, 8% (53,000) of 663,000 arrests for marijuana-related offenses were for selling or “manufacturing” the plant. There are more marijuana arrests than for all violent crimes combined, but arrests for sales are usually prosecuted as felonies.

There were 14,400 gun-related homicides in 2019 in the United States and those involving a gun accounted for nearly three-quarters of all homicides in the country that year. Of course, there were no reported marijuana-related deaths.

SEE: America’s gun culture in charts AND: Guns And Marijuana. The Drug War Is The Greatest Threat To Gun Ownership Rights.

Richard Cowan is a former NORML National Director and author of Differences Between Buying CBD Online And Offline.