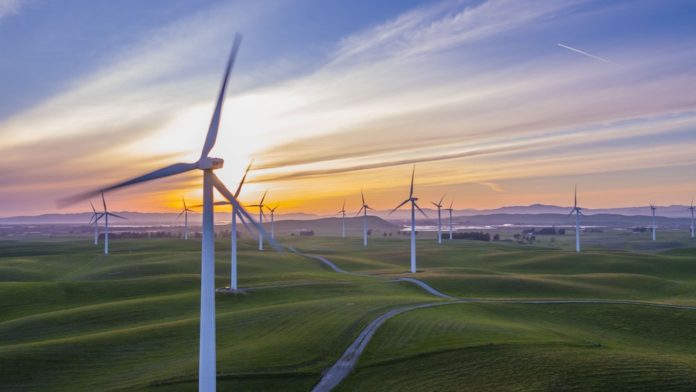 The climate crisis will not wait for us.It will continue to exacerbate existing threats to our well-being – from stronger hurricanes to rising seas to longer droughts putting our food and water at risk – and give rise to new ones. And contrary to what the White House says, addressing these threats is not a political issue but a moral and practical one.

The impacts of the climate crisis are far-reaching, but solutions exist that can help us improve quality of life around the world right now and work toward a healthier, more sustainable future for all.

But with all that said, we know it can also be seem overwhelming. And thanks to all the different voices claiming this and that – including fossil fuel interests and deniers spreading all kinds of myths – many people don’t know the truth of what’s happening or what we can do.

Below, we’ve provided answers to seven foundational questions about the climate crisis you may have been afraid or embarrassed to ask to get you up to speed on what’s almost certainly the greatest threat humanity has ever faced – and how together we can defeat it.

1. WHAT EXACTLY IS “CLIMATE CHANGE”?

Some people use the terms “climate change” and “global warming” interchangeably, so to get to a definition of the one, we’re going to talk about them both because they are profoundly linked but not exactly the same thing.

“‘Global warming’ refers to the long-term warming of the planet. Global temperature shows a well-documented rise since the early 20th century and most notably since the late 1970s,” according to NASA. “Worldwide, since 1880 the average surface temperature has risen about 1° C (about 2° F), relative to the mid-20th-century baseline (of 1951-1980).”

This rise in global temperatures is causing our climate – the average weather patterns for a particular region over a long period of time, typically 30 or more years – to change.

So, “climate change” is a broad, general term for these changes. It’s largely the consequence of the warming described above, and includes everything from the increasing incidence of extreme weather events like powerful hurricanes and severe drought to more frequent flooding and longer-lasting heat waves. It’s the accelerated ice melt we’re seeing in Greenland, Antarctica, and the Arctic and the related rise in global sea levels rise. It’s worsening pollen seasons, spreading vector-borne diseases, and much, much more.

2. WHAT IS CAUSING THIS TO HAPPEN?

Our changing climate comes largely from the increased levels of atmospheric greenhouse gases (GHGs) – chiefly carbon dioxide – produced by our burning of fossil fuels for electricity, industry, and transportation.

Carbon dioxide, methane, and other GHGs trap heat that would otherwise escape Earth’s atmosphere. This is known as the “greenhouse effect,” and in the right proportion, these gases do a critical job ensuring the atmosphere holds onto enough heat to support every kind of life on the planet. Without them, the Earth would lose so much heat that life as we know it would be impossible.

The problem arises when GHG levels get too high because of human activities, trapping too much of the sun’s energy as heat and upsetting the natural systems that regulate our climate. Things keep getting hotter and hotter and we start seeing more and more extreme weather and other impacts because of it.

Since the Industrial Revolution, burning fossil fuels has emitted hundreds of billions of tons of heat-trapping CO2 into the atmosphere, where it stays for centuries. More and more CO2 (and other GHGs) means more and more heat.

This added carbon and extra heat are more than the Earth’s finely balanced systems can handle. At least without changing our climate and making storms more violent, oceans hotter and more acidic, and on and on.

>> Learn more: What Is the Greenhouse Effect? <<

3. ARE YOU SURE THIS ISN’T PART OF A NATURAL CYCLE?

Does it seem coincidental – or especially natural – then that global temperatures are steadily increasing at their fastest rate in millions of years?

In other words, the evidence of a strong correlation between human behavior (the burning of fossil fuels) and the higher temperatures we’re seeing today is irrefutable.

Want more proof? While the Earth has indeed experienced cycles of warming and cooling before, the speed of the warming now happening is utterly unprecedented.

“The biggest temperature swings our planet has experienced in the past million years are the ice ages. Based on a combination of paleoclimate data and models, scientists estimate that when ice ages have ended in the past, it has taken about 5,000 years for the planet to warm between 4 and 7 degrees Celsius,” NASA explains.

>> Learn more: How Do We Know Humans Are Causing Climate Change? <<

4. WHY IS CLIMATE CHANGE A PROBLEM?

We’re seeing the effects of a world transformed by rising temperatures and changing weather patterns everywhere from our well-being to our wallets. And while it’s true that the dangers of climate change will vary greatly from area to area – many more-temperate regions will likely see less direct damage done, especially in the relative near-term, we admit – there’s no question that it will make life harder, not easier, for everyone everywhere.

And many of the places most vulnerable to the worst of these impacts are already among the poorest countries on the planet – places currently reeling from famine and food insecurity, from violence and public health woes. Beyond obvious humanitarian concerns, climate impacts in these regions can further fuel migration, instability, and security concerns all over the globe.

We’ll keep this one short: Well over 97 percent (some say as much as 99 percent) of scientists agree that climate change is happening and largely caused by people.

That’s scientific consensus, folks – and don’t let anyone tell you different. In fact, it’s about the same level of certainty with which medical researchers know that smoking causes cancer.

>> Learn more: Why People Ignore the Science Behind the Climate Crisis (And What You Can Do) <<

6. HOW IS CLIMATE CHANGE AFFECTING THE PLANET RIGHT NOW?

A not-insignificant-part of many discussions of climate change centers on what could happen down the road. You’ve no doubt heard many of them: from truly dramatic sea-level rise to desertification of broad swaths of the planet, unimaginable extreme weather to ice-free poles.

And those things are incredibly important to think about. But climate change is already having a serious impact on the world we live in today. Storms are getting stronger and stronger. Heat waves are getting longer and more dangerous. Droughts are starving major cities of water, while others flood. Vector-borne diseases like Lyme disease are spreading as longer-lasting warm weather and milder winters extend the life and breeding cycles of many insects, including fleas and ticks. Longer breeding cycles allow them to grow their ranges by moving ever-poleward right along with increasing average temperatures.

Here are three more you may not think a lot about as being climate crisis impacts, but which you’ve likely dealt with yourself or know someone who has:

Wildfires: The climate crisis creates the perfect conditions for extreme wildfire seasons in the American West, parts of Europe, and many other regions around the globe. The reasons why are pretty simple science: Warm weather is arriving earlier and earlier and lasting longer. It goes to figure that snowpacks are melting earlier, leaving less water available during the heat of the summer. Precipitation patterns are also changing. The result? Parching of the land and die-off of plant life.

All these dead and dried-out plants then act as tinder, igniting when the heat soars and lightning strikes or a careless cigarette butt gets tossed or campfire ember lands in the wrong place. And, with less predictable rains, and seemingly more unpredictable wildfire behavior, once fires begin, it’s harder to stop them.

Worsening allergy seasons and other respiratory worries: Burning fossil fuels doesn’t only pollute our air directly with irritants like particulate matter and soot. As greenhouse gases accumulate in the atmosphere and average temperatures rise, they also contribute to higher levels of ground-level ozone that can cause acute and long-term respiratory problems. Moreover, rising global average temperatures are leading to longer pollen seasons in many places – and when combined with stronger rainfall events, flooding, and higher humidity, create the perfect environment for mold to flourish.

Some foods are becoming less nutritious: While this area of research is relatively new, scientists project that increased atmospheric CO2 speeds up photosynthesis, the process that helps plants transform sunlight to food.

This makes plants grow faster, yes, but in so doing they pack in more carbohydrates like glucose at the expense of other essential nutrients human beings (and other animals, right down the food chain) depend on.

Some have gone so far as to call this the “junk-food effect.”

When grown under the CO2 levels expected by 2050, reductions of protein, iron, and zinc in common produce in some parts of the world could be anywhere from 3–17 percent. And if emissions continue at the current rate, in many countries, these nutrient declines could turn dire, jeopardizing the health of people all over the world.

7. IS THERE REALLY ANYTHING WE DO ABOUT CLIMATE CHANGE?

The solutions to the climate crisis are numerous, but they boil down to one shared goal: Urgent action to cut greenhouse gas emissions and speed the global shift to renewable energies like solar and wind.

We need to de-carbonize our economies. And we need to do it as rapidly as possible.

How much the planet warms is up to us. To limit global warming and avoid the worst impacts of climate change, according to the world’s best scientists, we need to cut fossil fuel emissions in half by 2030 and achieve net-zero emissions by around 2050.

This means moving very quickly to leave oil, coal, and natural gas behind and accelerate the just transition to clean energy already underway around the world. It’s a big ask and a lot to accomplish in a little more than 11 years. But nothing less than the future of the Earth is at stake.

READY TO TAKE THE NEXT STEP?

The application is now open for our next Climate Reality Leadership Corps activist training. This inspiring three-day event trains people of all ages and walks of life how to personally make a difference on climate and will be held in Minneapolis-St. Paul, Minnesota from August 2–4.

At a training, you’ll learn:

The Most Radical Thing About Ford's Electric Pickup? The Cost

3 Rare Side Effects Associated With Marijuana Use