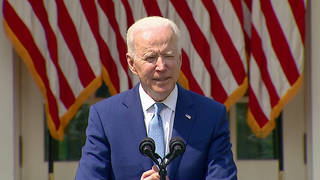 President Joe Biden has ordered a series of executive actions on gun control in the wake of mass shootings in Georgia, Colorado and elsewhere, calling gun violence in the U.S. an “epidemic” and an “international embarrassment.” The most significant executive order aims to crack down on so-called ghost guns — easily assembled firearms bought over the internet without serial numbers, which account for about a third of guns recovered at crime scenes. Biden has also nominated gun control advocate David Chipman to lead the Bureau of Alcohol, Tobacco, Firearms and Explosives, but acknowledged this week that major new gun control measures, like an assault weapons ban and universal background checks, will require legislation from Congress. “We are calling on Congress to carry the torch here and pass additional laws to keep Americans safe and save American lives,” says Brian Lemek, executive director of Brady PAC.

Men Living Alone Are At Greater Risk Of Suffering From This