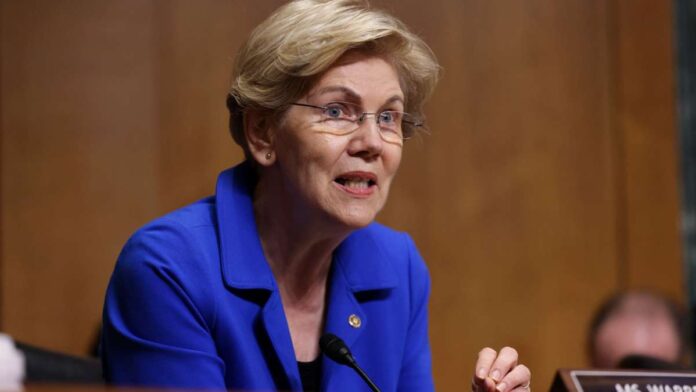 Sen. Elizabeth Warren’s (D-Massachusetts) proposals to raise and enforce taxes on corporations and the rich could raise more than enough to pay for the Democrats’ $3.5 trillion reconciliation plan, according to a new op-ed by the senator.

Warren writes in The Washington Post that, if Congress and the president were to adapt her plans to levy a wealth tax, create a tax on corporate profits and fund the IRS to catch rich tax cheats, they could raise $5 trillion in revenue. That could cover the Democrats’ spending bill and the bipartisan infrastructure plan, which proposes $550 billion in new spending, and still have nearly a trillion left over to expand either plan or put toward a future package.

“Though not every Democrat agrees with every one of my ideas, [President Joe] Biden campaigned aggressively on a suite of progressive tax policies, and voters embraced these changes at the ballot box,” Warren wrote. “No matter how loudly Washington lobbyists bleat otherwise, progressive tax policies are wildly popular. Americans understand that our tax system has been rigged to reward the rich and powerful at the expense of everyone else. So let’s fix it.”

As the Massachusetts senator has previously proposed, a 2 percent tax on the wealth of the top 0.05 percent of the richest households in the U.S. could raise about $3 trillion over the next decade. Even a one-time wealth tax would raise $1 trillion.

Warren raised the example of Jeff Bezos, who is sometimes able to avoid paying federal income taxes altogether by exploiting tax loopholes. “When Jeff Bezos takes a joyride to space, he isn’t paying for it with his declared income of $80,000. Bezos, who owns The Post, and lots of other billionaires have gamed the system so they have plenty of spending money and close to zero tax obligations,” she wrote.

A recent analysis by progressive organizations also found that, if the world were to levy a 99 percent tax on billionaires’ COVID-19 profits alone, the tax could raise enough money to pay for a vaccine for every adult on earth — and have enough left over to provide $20,000 in cash to hundreds of millions of unemployed workers. It’s a far-fetched policy, but it shows the extreme wealth of the world’s richest people. It also shows how precipitously their wealth has surged as the rest of the world has suffered during the pandemic.

The Real Corporate Profits Tax Act, which Warren introduced this week, could raise $700 billion over the next decade. The bill would create a seven-percent tax on income over $100 million which corporations report to their shareholders, also known as book profits, rather than on the profits they report to the government. This could collect more revenue and help ensure that corporations actually pay federal taxes.

“These companies boosted their stock prices and increased CEO pay by telling their shareholders they raked in hundreds of millions of dollars in profits, while simultaneously telling the Internal Revenue Service that they don’t owe any taxes,” Warren wrote. She also emphasized that Biden supports the idea, having unveiled a similar proposal earlier this year as part of his infrastructure package.

The last policy that Warren raises is another that Biden has supported: pouring funds into the Internal Revenue Service (IRS) so that the agency can more effectively chase after wealthy and corporate tax cheats. Biden previously proposed effectively doubling the agency’s size so that it could target the nation’s wealthiest individuals and companies.

Warren’s proposal goes a step further. Whereas Biden proposed an $8 billion a year funding plan, Warren in May unveiled a bill that would create mandatory yearly funding of $31.5 billion for the IRS. That’s about 2.5 times higher than its budget for 2021.

This proposal could raise as much as $1.75 trillion, Warren wrote. She pointed out that Republicans have taken an axe to IRS funding over the past decades, meaning that the agency has lost 20 percent of its enforcement budget and a third of its enforcement workers. “It’s no surprise that audit rates for taxpayers making more than $10 million have plummeted,” she wrote. “This should enrage every American who plays by the rules.”

The lawmaker said that Congress should use these plans to help pay for the infrastructure and reconciliation packages and make corporations and the wealthy pay their fair share in taxes.

The reconciliation package incorporates some proposals to tax these groups, but it’s yet unclear how drastic these tax hikes will be. It’s unlikely that a wealth tax will be incorporated, though a memo on the package suggests that funding for the IRS could be included. Republicans have roundly rejected any role for taxes on the rich and corporations, so it’s up to Democrats to pass these proposals during the budget reconciliation process.