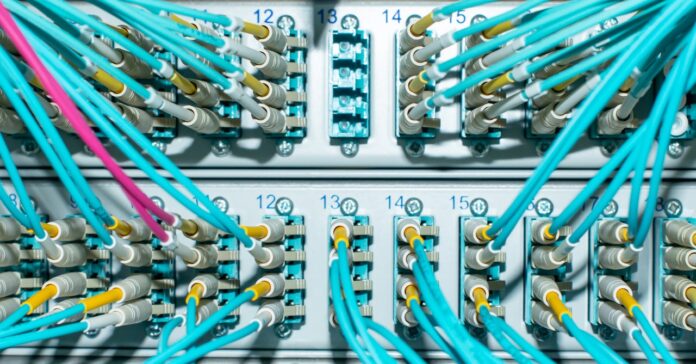 The $100 billion proposal will probably be met with fierce resistance by telecom companies, but there’s a lot to like for internet users.

President Biden’s plan to connect all Americans with high-speed broadband includes proposals to boost competition, build more publicly owned networks, lower prices, and prioritize “future-proof” networks instead of ones that would quickly become outdated. In other words, the plan includes some of the broadband industry’s least-favorite ideas and is sure to meet fierce resistance from cable and telecom lobby groups and Republicans.

Biden’s $100 billion broadband proposal is part of the American Jobs Plan described by the White House in a fact sheet released Wednesday. The broadband details released so far are a bit vague, and the plan could be changed in Congress, but there’s a lot to like for internet users.

“The president believes we can bring affordable, reliable, high-speed broadband to every American through a historic investment of $100 billion,” the fact sheet said. The $100 billion in broadband funding would be spread out over a number of years, as the entire jobs plan is slated to “invest about $2 trillion this decade.”

Municipally owned networks, nonprofits, and cooperatives would play a major role in the expansion pitched by Biden. The broadband industry and Republicans have been fighting city-owned networks for years, and nearly 20 states have laws that restrict the growth of municipal broadband. While Democrats have proposed eliminating those state laws, congressional Republicans last month proposed a nationwide ban on municipal broadband.

Biden’s plan “prioritizes support for broadband networks owned, operated by, or affiliated with local governments, nonprofits, and cooperatives—providers with less pressure to turn profits and with a commitment to serving entire communities,” the White House fact sheet said.

Biden’s plan also seeks to “promote price transparency and competition among internet providers, including by lifting barriers that prevent municipally owned or affiliated providers and rural electric co-ops from competing on an even playing field with private providers, and requiring internet providers to clearly disclose the prices they charge.” The “lifting barriers” part of that statement could be a reference to overturning state laws that restrict municipal broadband, but the fact sheet didn’t get more specific on that point.

The proposal also “ensures funds are set aside for infrastructure on tribal lands and that tribal nations are consulted in program administration,” the fact sheet said. “Along the way, it will create good-paying jobs with labor protections and the right to organize and bargain collectively.”

Biden’s plan to “requir[e] internet providers to clearly disclose the prices they charge” is another idea hated by major broadband providers, which love to advertise low rates and then hit users with much higher monthly bills through a slew of hidden fees. The Obama-era Title II regulation included rules requiring more price transparency, but they were eliminated when FCC chair Ajit Pai led a vote to deregulate the industry and repeal net neutrality rules.

Biden’s fact sheet did not get specific about the price-disclosure rules he proposes, but he also promised other actions to reduce prices. The fact sheet said:

While the president recognizes that individual subsidies to cover internet costs may be needed in the short term, he believes continually providing subsidies to cover the cost of overpriced internet service is not the right long-term solution for consumers or taxpayers. Americans pay too much for the internet—much more than people in many other countries—and the president is committed to working with Congress to find a solution to reduce internet prices for all Americans, increase adoption in both rural and urban areas, hold providers accountable, and save taxpayer money.

Biden’s fact sheet didn’t specify any minimum speeds for broadband networks built under the plan. But it said, “The president’s plan prioritizes building ‘future-proof’ broadband infrastructure in unserved and underserved areas so that we finally reach 100 percent high-speed broadband coverage.”

Future-proof could mean fiber broadband with symmetrical upload and download speeds, or at least networks that provide higher upload speeds than today’s cable and fixed-wireless networks. If Biden wants to prioritize symmetrical speeds, he will have support from at least some high-ranking congressional Democrats.

As we recently reported, the congressional Democrats’ plan would include an $80 billion fund to deploy broadband with download and upload speeds of 100 Mbps to unserved areas. These speeds would likely require a massive fiber-to-the-home investment and is opposed by AT&T, which argues that Americans should be happy with 10 Mbps upload speeds.

AT&T admitted that fiber technology is the most “future-proof” while claiming that bringing fiber to every home “is not practical.” But with Democrats controlling Congress and Biden agreeing that “future-proof” networks are the ones to prioritize in funding, the US could end up with a universal-broadband plan that heavily emphasizes fiber to the home.

Biden’s fact sheet argues that the investment in broadband needed by America today is similar to the one that brought electricity nationwide nearly a century ago. The fact sheet said:

Generations ago, the federal government recognized that without affordable access to electricity, Americans couldn’t fully participate in modern society and the modern economy. With the 1936 Rural Electrification Act, the federal government made a historic investment in bringing electricity to nearly every home and farm in America, and millions of families and our economy reaped the benefits. Broadband internet is the new electricity. It is necessary for Americans to do their jobs, to participate equally in school learning, health care, and to stay connected. Yet, by one definition, more than 30 million Americans live in areas where there is no broadband infrastructure that provides minimally acceptable speeds.

The Biden fact sheet also said that America needs to fix the digital divide that has left many disadvantaged groups with less access to and ability to afford internet service:

Americans in rural areas and on tribal lands particularly lack adequate access. And, in part because the United States has some of the highest broadband prices among OECD countries, millions of Americans can’t use broadband internet even if the infrastructure exists where they live. In urban areas as well, there is a stark digital divide: a much higher percentage of White families use home broadband internet than Black or Latino families. The last year made painfully clear the cost of these disparities, particularly for students who struggled to connect while learning remotely, compounding learning loss and social isolation for those students.