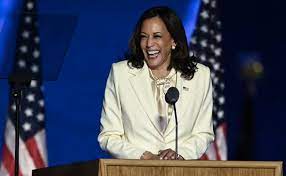 While the media defends the KHive’s rampant harassment of Kamala Harris critics, including in offline settings, new findings reveal a Democratic Party-linked bot farm amplified its leaders. An April 8 LA Times profile of the “KHive” attempted to put a positive spin on the online nest of Vice President Kamala Harris super fans, while completely ignoring the disturbingly abusive qualities and record of offline harassment the group is increasingly known for. Describing the KHive as “the type of modern political […]

The post Kamala’s KHive trolls boosted by bots while media defends its harassment campaigns appeared first on The Grayzone.