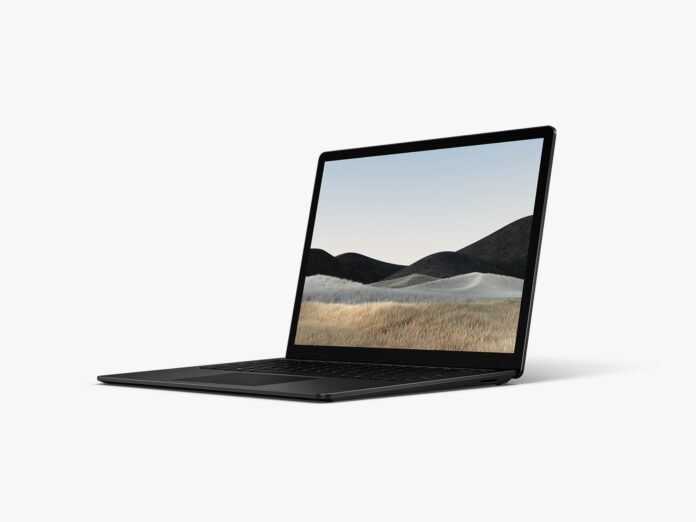 This fourth-gen notebook lacks Thunderbolt and has a spongy keyboard, but it delivers where it matters most.

Microsoft’s Surface Laptop 4 is everything I’d hoped the previous version would be, which is to say an excellent all-around, well-made machine with a speedy AMD chip. It isn’t the most powerful laptop around, nor is it the cheapest, but it’s powerful enough for most people and wraps Windows in a package that competes well with Apple’s hardware.

The Surface Laptop 4 looks like the Surface Laptop 3. Technically, it’s slightly thinner, but unless they’re side by side, you won’t notice. At just over half an inch thick (0.58 inches) and weighing only 3.4 pounds, this is a remarkably portable 15-inch machine. For comparison, that’s half a pound lighter than the lightest configuration of Dell’s XPS 15. (It’s also available in a smaller 13.5-inch screen size.)

There’s a new “Ice Blue” color option, but most of what was good about the Laptop 3 remains unchanged here. The build quality is still excellent, the all-metal construction doesn’t flex or bend when carried, and while it’s not the easiest laptop to open with one hand, it’s manageable.

The 3:2 screen ratio also remains, as does Microsoft’s proprietary charging port along with one USB-C, one USB-A, and a headphone jack. I appreciate the latter two, but it’s disappointing that neither the Intel nor AMD Surface Laptops support Thunderbolt on the USB-C port.

I mention this mainly because both the Dell XPS 15 and MacBooks support Thunderbolt, which means better connections to external monitors and faster data transfer speeds. Depending on your situation, the USB-A port on the Surface Laptop 4 might be more of a win than the lack of Thunderbolt. At least the USB-C port can be used to charge the thing, helpful if you carry an external battery capable of charging laptops.

What’s different in this update is that you can now get both the 13-inch and 15-inch models with either Intel or AMD chips (this was previously only a luxury for the 15-incher). If you opt for Intel, you’ll get 11th-generation Core i5 or i7 chips. If you prefer AMD, you’ll get Ryzen 4000 series processors. If you’re not sure which is best for your use case, check out our laptop buying guide.

While chip updates are pretty standard for a new laptop release, Microsoft claims these changes, along with some other tweaks, deliver not only better performance but also improved battery life compared to the previous Surface Laptop. I have to agree. Performance-wise, the Laptop 4 is a huge step up. It runs circles around the Laptop 3 in every CineBench benchmark I ran. More impressive, the new version doesn’t get nearly as hot, even when I was pushing it with benchmark tests.

I tested the 15-inch AMD Ryzen 7 4000 series configuration with 16 gigabytes of RAM and a 512-gigabyte SSD. As configured, this model is $1,700. That’s roughly comparable to Dell’s 15-inch XPS or the 16-inch MacBook Pro. The Ryzen 7 Surface fared well against the i9 Dell in benchmarks, though of course the latter was faster (much faster in some cases). I have never tested the 16-inch MacBook, but the Surface Laptop 4’s results beat many of the MacBook benchmarks available online. It’s worth noting though that, if you’re in the market for a larger laptop, Apple is expected to release an M1-based MacBook Pro later this year.

However, compared to other top-end laptops on the market now, the Surface’s performance is pretty middle-of-the-road. Using the older Ryzen 4000 series chips is a strike against it now that the Ryzen 5000 series is out. I’ve been testing several laptops with the latest Ryzen chips, and they are faster across the board and get better battery life.

Where the Surface wins most of the time is design, build quality, and the screen. I love the 3:2 ratio. It gives you more vertical screen real estate, which means less scrolling so you can focus on what you’re reading. The native resolution of 2,496 x 1,664 pixels isn’t 4K-sharp like the Dell XPS 15, but it’s considerably better than the “Full HD” 1080p screens found in many 15-inch laptops. In terms of pixel density, it’s very close to “Quad HD” (2,560 x 1,440 pixels but on a 16:9 display).

It’s plenty sharp, with nice crisp text and excellent colors. The Ryzen-powered 15-inch version also uses AMD’s FreeSync technology, which allows for on-the-fly screen refresh rate adjustments, resulting in very smooth animations and almost no jerky movements. This is a feature you often find on gaming machines, but it’s rare on consumer-oriented devices. It might sound like a small thing, but after using the Surface Laptop 4 for a week, it was painful to go back to displays without it.

Another big win for the Surface Laptop 4 is battery life. Previous models struggled to get through a full day of work, but this one has no trouble. In our standard battery drain test (looping a locally stored 1080p video at 75 percent brightness), I managed 9.25 hours, which is one of the best results out there for a 15-inch machine. In real-world use, it managed even better, clocking out at just under 11 hours in most cases.

The weak point here is the keyboard. It feels strangely spread out. The keys are spongy and seem to lack the fast rebound of competitors like the Dell XPS 15. I’m also miffed at the lack of a right control key. I hardly ever see this complaint mentioned anywhere, so I’m possibly the only person using this key. (It’s possible to map the little menu key to control using third-party software, so this isn’t a deal breaker.) The trackpad, as with previous Surface Laptops, is the best non-Apple trackpad I’ve ever used.

If you want a 15-inch laptop for the extra screen real estate it affords, and don’t have big plans—you’re not editing video or gaming—the Surface Laptop 4 is a solid choice. For most, the base $1,299 version with the Ryzen 7, 8 gigabytes of RAM, and 256-GB SSD is more than enough for watching Netflix, editing documents, and browsing the web. What sets it apart from similarly priced, and certainly cheaper, laptops is the build quality.

But if you’re looking for a portable video editing workstation, gaming rig, or other performance-intensive tasks, there are better options available, like the Dell XPS 15.