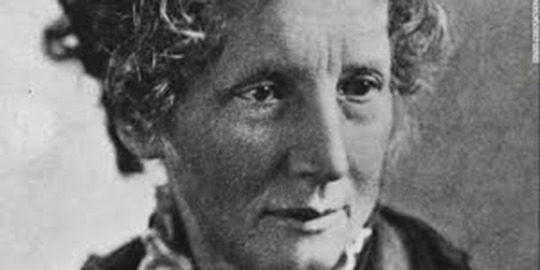 Many people throughout history have fought for the eradication of slavery. We’ve heard of and studied many of these brave men and women in our history classes. Maybe you
grew up having dinner conversations about those who sought to end slavery. Maybe you are having those exact conversations with your children now, because you know that slavery is still, to this day, such a prevalent problem. Whatever the case may be, chances
are that you have heard of some, or all, of the people on our list of famous
abolitionists in history.

1.
Frederick
Douglass—Frederick Douglass was born into slavery in Maryland in the 1800s,
and went on to become the first African-American citizen to hold a high
position within the U.S. Government. When Douglass was sold, the wife of his owner
taught Douglass the alphabet, despite the ban on teaching slaves to read and
write. Douglass’s ability to read refined his political views and human rights
ideology, and gave him the impetus to do something about it.

2.    Harriet Beecher Stowe—Harriet Beecher
Stowe was one of 13 children born in a family that, with full unanimity, cared
about social justice. She wrote Uncle
Tom’s Cabin, a novel that conveyed the harsh reality of African-American
slaves in the United States. Some even say that this book contributed to the
start of the Civil War. Not only was Stowe’s book important as a narrative to
the abolition movement, but it also helped pave the way for women in public
affairs.

3.    Sojourner Truth—Sojourner Truth was
born into slavery in New York, and became an important voice in the fight for
racial and gender equality. Truth escaped slavery in 1827 and may be best known
for her speech, “Ain’t I a Woman?” delivered at the Ohio Women’s Rights
Convention in 1851.

4.    Harriet Tubman—Harriet Tubman was also
born into slavery, but she eventually became one of the most important
“conductors” of the Underground Railroad. Tubman was noted as being brilliant
and brave, making the trip to the South at least 19 times in order to guide
more African-American slaves to freedom.

5.    John Brown—John Brown helped both freed
and escaped slaves find refuge along the route of the Underground Railroad. He
also created the League of Gileadites, a group formed to protect black citizens
from slave hunters. John Brown was executed on December 2, 1859, after he was
captured during the failed raid on Harper’s Ferry.

Each of these
people might have different stories, but they each have something in common:
They cared deeply about helping men, women, and children in need.

Slavery still
exists today, and Restavek Freedom wants to see a world in which it has been
eliminated. We are working every day to end slavery in Haiti, specifically child
slavery.

Admit It: The Facebook Oversight Board Is Kind of Working

Home prices in some Virginia suburbs have shot up $100,000. Thank Amazon