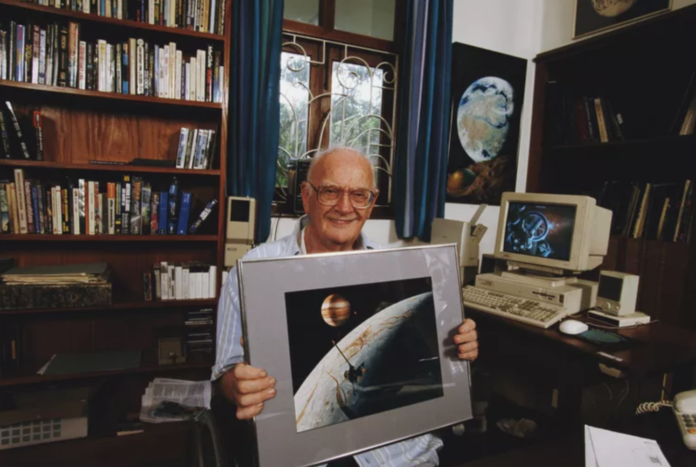 Clarke’s Laws are a series of three rules attributed to science fiction legend Arthur C. Clarke, intended to help define ways to consider claims about the future of scientific developments. These laws do not contain much in the way of predictive power, so scientists rarely have any reason to explicitly include them in their scientific work.

Despite this, the sentiments that they express generally resonate with scientists, which is understandable since Clarke held degrees in physics and mathematics, so was of a scientific way of thinking himself. Clarke is often credited with having developed the idea of using satellites with geostationary orbits as a telecommunications relay system, based on a paper he wrote in 1945.

In 1962, Clarke published a collection of essays, Profiles of the Future, which included an essay called “Hazards of Prophecy: The Failure of Imagination.” The first law was mentioned in the essay although since it was the only law mentioned at the time, it was called just “Clarke’s Law”:

In the 1962 essay, Clarke made an observation which fans began calling his Second Law. When he published a revised edition of Profiles of the Future in 1973, he made the designation official:

Clarke’s Second Law: The only way of discovering the limits of the possible is to venture a little way past them into the impossible.

Though not as popular as his Third Law, this statement really defines the relationship between science and science fiction, and how each field helps to inform the other.

When Clarke acknowledged the Second Law in 1973, he decided that there should be a third law to help round things out. After all, Newton had three laws and there were three laws of thermodynamics.

This is by far the most popular of the three laws. It is invoked frequently in popular culture and is often just referred to as “Clarke’s Law.”

Some authors have modified Clarke’s Law, even going so far as to create an inverse corollary, though the precise origin of this corollary isn’t exactly clear:

Poet Martín Espada on “Floaters,” the Dehumanization of Refugees, Puerto Rico & His Father