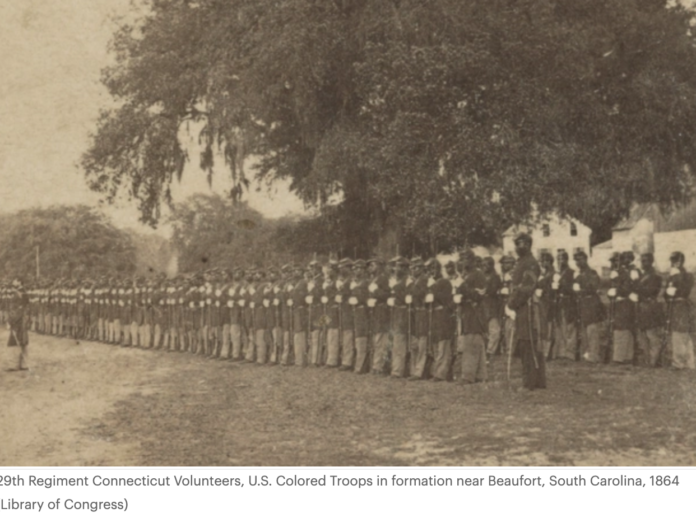 On Monday, the retired four-star general and White House Chief of Staff John Kelly asserted that “the lack of an ability to compromise led to the Civil War.” This was an incredibly stupid thing to say. Worse, it built on a long tradition of endorsing stupidity in hopes of making Americans stupid about their own history. Stupid enjoys an unfortunate place in the highest ranks of American government these days. And while one cannot immediately affect this fact, one can choose to not hear stupid things and quietly nod along.

For the past 50 years, some of this country’s most celebrated historians have taken up the task of making Americans less stupid about the Civil War. These historians have been more effective than generally realized. It’s worth remembering that General Kelly’s remarks, which were greeted with mass howls of protests, reflected the way much of this country’s stupid-ass intellectual class once understood the Civil War. I do not contend that this improved history has solved everything. But it is a ray of light cutting through the gloom of stupid. You should run to that light. Embrace it. Bathe in it. Become it.

One quick note: In making this list I’ve tried to think very hard about readability, and to offer books you might actually complete. There are a number of books that I dearly love and have found indispensable that are not on this list. (Du Bois’s Black Reconstruction in America immediately comes to mind.) I mean no slight to any of those volumes. But this is about being less stupid. We’ll get to those other ones when we talk about how to be smart.

1) Battle Cry Of Freedom: Arguably among the greatest single-volume histories in all of American historiography, James McPherson’s synthesis of the Civil War is a stunning achievement. Brisk in pace. A big-ass book that reads like a much slimmer one. The first few hundred pages offer a catalogue of evidence, making it clear not just that the white South went to war for the right to own people, but that it warred for the right to expand the right to own people. Read this book. You will immediately be less stupid than some of the most powerful people in the West Wing.

2) Grant: Another classic in the Ron Chernow oeuvre. Again, eminently readable but thick with import. It does not shy away from Grant’s personal flaws, but shows him to be a man constantly struggling to live up to his own standard of personal and moral courage. It corrects nearly a half-century of stupidity inflicted upon America by the Dunning school of historians, which preferred a portrait of Grant as a bumbling, corrupt butcher of men. Finally, it reframes the Civil War away from the overrated Virginia campaigns and shows us that when the West was won, so was the war. Grant hits like a Mack truck of knowledge. Stupid doesn’t stand a chance.

3) Reading the Man: A Portrait of Robert E. Lee: Elizabeth Pryor’s biography of Lee, through Lee’s own words, helps part with a lot of stupid out there about Lee—chiefly that he was, somehow, “anti-slavery.” It dispenses with the boatload of stupid out there which hails the military genius of Lee while ignoring the world that all of that genius was actually trying to build.

4.) Out of the House of Bondage: A slim volume that dispenses with the notion that there was a such thing as “good,” “domestic,” or “matronly” slavery. The historian Thavolia Glymph focuses on the relationships between black enslaved women and the white women who took them as property. She picks apart the stupid idea that white mistresses were somehow less violent and less exploitative than their male peers. Glymph has no need of Scarlett O’Haras. “Used the rod” is the quote that still sticks with me. An important point here—stupid ideas about ladyhood and the soft feminine hand meant nothing when measured against the fact of a slave society. Slavery was the monster that made monsters of its masters. Compromising with it was morally bankrupt—and stupid.

5.) The Life and Times of Frederick Douglass: The final of three autobiographies written by the famed abolitionist, and my personal favorite. Epic and sweeping in scope. The chapter depicting the bounty of food on which the enslavers feasted while the enslaved nearly starved is just devastating.

So that should get you to unstupid—but don’t stop there. Read Du Bois. Read Grant’s own memoirs. Read Harriet Jacobs. Read Eric Foner. Read Bruce Levine. It’s not that hard, you know. You’ve got nothing to lose, save your own stupid.

Want More From Your Marijuana High? Try This

Sadie Roberts-Joseph, founder of an African American history museum, is found dead in the trunk of a car

The Most Radical Thing About Ford's Electric Pickup? The Cost

5 Ways To Make Moving House More Eco-Friendly, Because The Process Can Often Result...