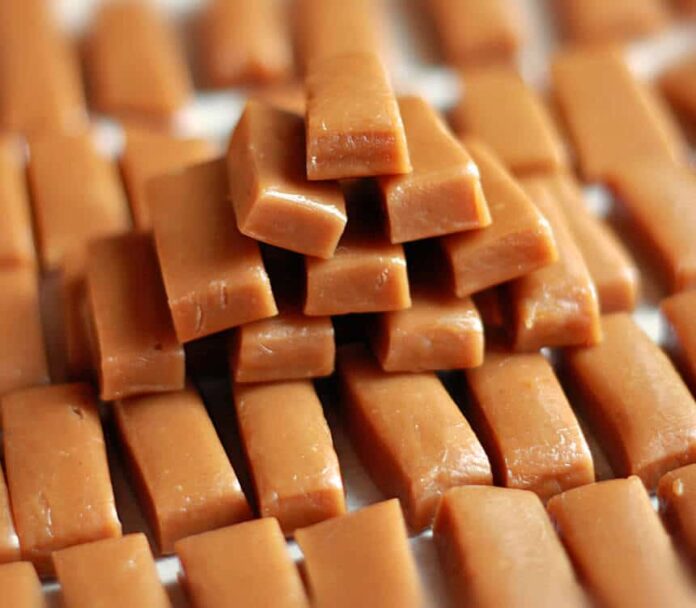 Occasionally mispronouncing a word is an unavoidable part of speaking English. The way a term is spelled doesn’t always indicate how it should sound, which can lead to embarrassment when you try saying a word you’ve only ever read. Things become even more confusing when a word develops drastically different pronunciations in different regions, as is the case with caramel.

According to Eat This, Not That!, at least two distinct pronunciations of caramel are used widely in different parts of the U.S. If you ask people from the Southeast and East Coast what those brown, chewy, or brittle candies are called, they’re likely to say car-uh-mel. Most people from western and northern states drop the middle syllable of the word altogether and pronounce it car-mel.

Hop across the Atlantic to the UK and you’ll hear another variation on the sweet name. There they pronounce the first syllable of the candy as care (as in care-a-mel) while Americans tend to say car. The sound of the last syllable also varies by speaker. Some people say car-a-muhl (or car-muhl), while others opt for car-a-melle.

With multiple pronunciations of caramel circulating through the English language, it’s not obvious which one is correct. Though the middle-syllable droppers and the pronouncers may always insist their way is the right way, the truth is that both pronunciations are technically acceptable.

The general English-speaking public decides how words are used, not linguists. Because these two pronunciations of caramel are so popular, Merriam-Webster’s Dictionary includes both in its entry for the word.

Other tricky English terms aren’t as forgiving of speakers as caramel is. Here are some common words you’re probably pronouncing wrong.