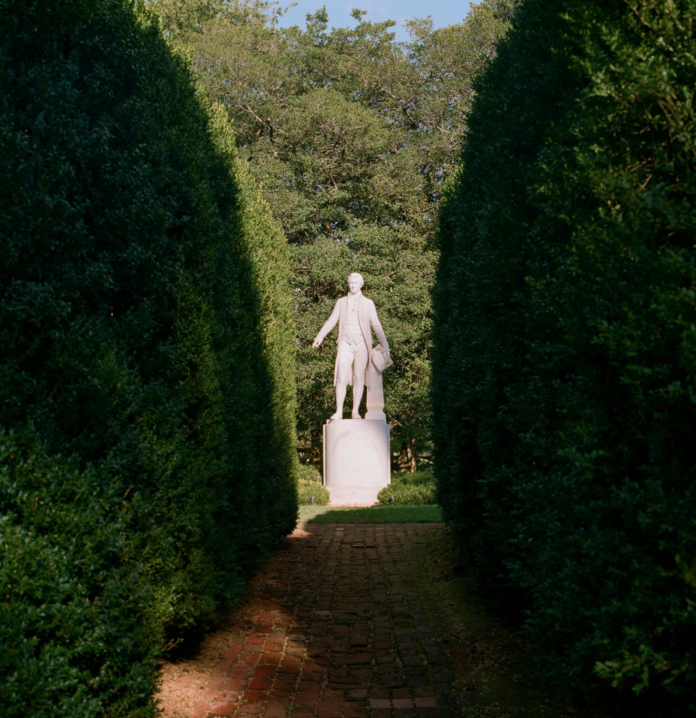 So many Monroes in rural Albemarle County remember the moment they asked a parent or grandparent if they were somehow connected to the nation’s fifth president, James Monroe.

The telltale entrance sign to Monroe’s plantation estate, now a museum, had been a fixture of their childhoods, part of the landscape on the route back and forth between Charlottesville and the small, predominantly African-American community they called Monroetown.

Ada Monroe Saylor, 79, was riding in her father’s green Chevrolet on the way to the grocery store in the early 1950s when he confirmed her suspicions.

George Monroe Jr., a cousin of Ms. Saylor’s, spent much of his childhood at the homestead built by his great-great grandfather, Edward Monroe, known as Ned, whose parents were believed to be enslaved by the president and were among the first known to carry his name. For slaves whose African heritage had long been stolen or lost, this was not uncommon.

Mr. Monroe, 45, was about 8 years old when he posed the question to his father, after driving by the plantation, known as Highland.

“I had been seeing that entrance sign all my life,” Mr. Monroe said. “We were riding, and I asked my dad if we were the same Monroes, and he said yes, but he wouldn’t say much more. We didn’t talk about it.

“It was just understood that we were connected to the president, not by blood but by slavery.”

For seven generations, members of the Monroetown descendant community have lived less than 10 miles away from Highland, yet until three years ago there had never been a conversation between them and the museum. Now, they are working together to change the way slavery is presented at the former presidential plantation.

The president lived at Highland from 1799 to 1823. The property, which he purchased in 1793, was his family home while he served as a governor of Virginia and president. It is now owned by his alma mater, William & Mary.

As president, Monroe supported abolition, but he enslaved up to 250 people in his lifetime. Daily tours and the Highland website note the contradiction.

Visitors are now told about the nearby descendant community. They are also told about two enslaved men by name — Peter Mallory and George — who built Monroe’s guesthouse. A space under the porch of the guesthouse is being refashioned to reflect its former use as slave quarters. Biographies of the enslaved will soon be presented, and William & Mary will begin recording the oral histories of the descendants.

A more layered and complete narrative about the lives of the men, women and children enslaved by Monroe was built upon one family’s quest to trace its roots, the discoveries made by two independent researchers and the museum’s desire to accurately reflect the role slavery played on the plantation of a founding father. The intersection of those related paths, unfolding as part of a larger cultural reckoning, is an American story.

‘We are all Monroes!’

Highland rises against the Southwest Mountains. It was once a 3,500-acre estate, filled with grain crops. Now it is a tourist attraction, about two miles from Thomas Jefferson’s Monticello.

After emancipation, some of the enslaved carried the Monroe name and settled nearby, informally calling their new free community Monroetown. This is where the Monroe descendants’ first chapter begins. The family estimates that fewer than 100 Monroes still live in that area.

5 Questions You May Have About COVID-19 Boosters

They made a material that doesn’t exist on Earth. That’s only the start of...