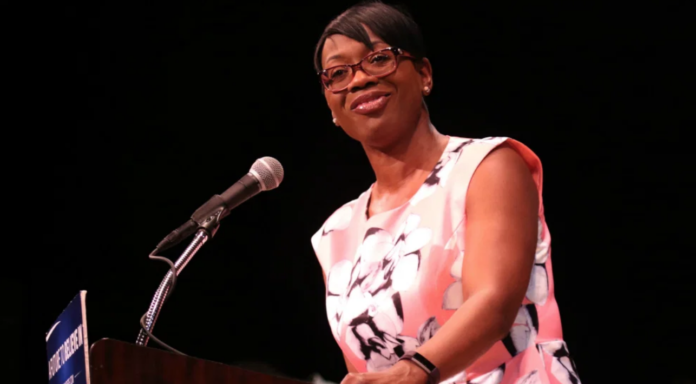 Nina Turner, one of Bernie Sanders’s top allies, the day after she announced she is running for Congress in Ohio to fill the seat of Congressmember Marcia Fudge, who Biden tapped to head the Department of Housing and Urban Development. Turner has promised to hold the Biden team accountable and pressure the incoming administration to enact a progressive agenda. “I’m running in service of the people,” says Turner. “We need more, not just bold voices, but people who will take action and will be fearless when it comes to standing up for what is just, for what is right and for what is good.” Turner is a former state senator from Ohio who served as president of Our Revolution, the progressive organization spun out of the 2016 Bernie Sanders campaign, and national co-chair of Bernie Sanders’s 2020 presidential campaign. If elected, she will join the growing progressive wing of the Democratic Party in Congress.