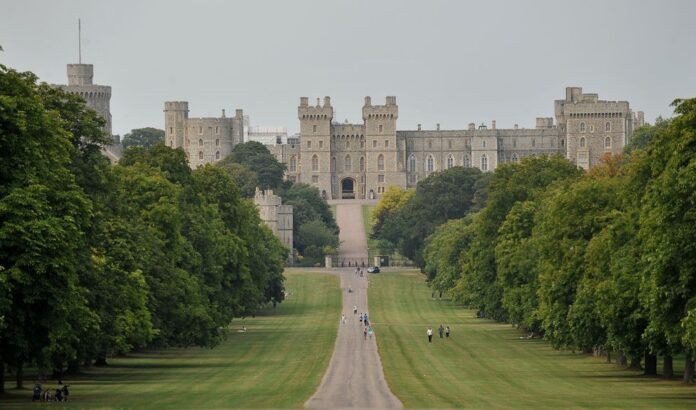 In true royal fashion, Queen Elizabeth II has a home for just about every occasion (Balmoral for the summer, Sandringham for Christmas…). Some of these properties come with the title, while others came from inheritance. Here, take a look at the Queen’s six royal and private dwellings.

Crown-owned, the palace—located in the City of Westminster—belongs to the ruling monarch at the time, a tradition that dates back to 1837. It has a total of 775 rooms, including 19 State rooms, 52 Royal and guest bedrooms, 188 staff bedrooms, 92 offices, and 78 bathrooms. Visitors can actually tour a number of the state rooms inside the palace during specific times of the year.

The Queen moved here first with her sister, Margaret, during WWII for safety reasons. Today, the Queen frequents this location on weekends, and it serves as a country home of sorts, not far from her London home base. As with Buckingham Palace, Windsor is Queen Elizabeth’s home for as long as she is ruling monarch. It spans 13 acres and boasts 1,000 rooms, making it the largest occupied castle in the world.

The Edinburgh palace is the Queen’s official residence in Scotland, and hosts her when she travels north, typically the first week of the summer—an event known as “Holyrood Week.” It was originally founded as a monastery in 1128.

Read More: The Palace of Holyroodhouse, Queen Elizabeth’s Royal Residence in Scotland, Has an Impressive History

Balmoral is a private estate owned by the Queen. It’s where she spends many weeks at the end of each summer, and is believed to be her favorite residence.

A beloved private home of the Queen, Sandringham is often used for entertaining during the holidays. It’s well-known for hosting the royals’ annual walk to Christmas Day services at St. Mary Magdalene church.

Similar to how the Queen stays at Palace of Holyroodhouse when officially visiting Scotland, the Queen dwells in Hillsborough during her visits to Northern Ireland. It is also the official residence of Northern Ireland’s Secretary of State. Built in the 1770s, the home is surrounded by 100 acres of lush green gardens.