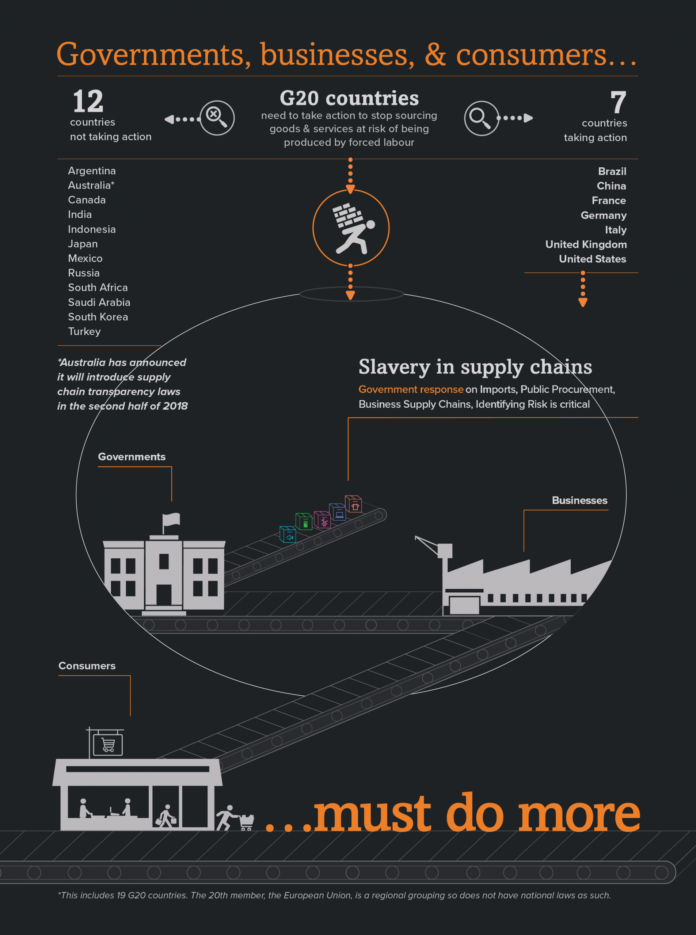 Countries use differing terminologies to describe modern forms of slavery. This includes how they describe slavery itself, but also other concepts such as human trafficking, forced labour, debt bondage, forced or servile marriage, and the sale and exploitation of children.

In this report, modern slavery is used as an umbrella term that focuses attention on the commonalities across these concepts. Essentially, it refers to situations of exploitation that a person cannot refuse or leave because of threats, violence, coercion, abuse of power, or deception.1

For full terminology refer to the Overview page under Methodology.

Modern slavery is a hidden crime that affects every country in the world. In the period between this Index and the last (published in 2016), modern slavery was found in many industries including garment manufacturing, mining, and agriculture, and in many contexts, from private homes to settlements for internally displaced people and refugees. Instances have been identified in Thai fishing, coal mining in North Korea, in the homes of diplomats in Australia, car-wash stations in the United Kingdom, cocoa agriculture in Côte d’Ivoire, and cattle ranching in Brazil, just to name a few examples.

Modern slavery impacts all of us, from the food we consume to the goods we purchase. It is everyone’s responsibility to address and eliminate this crime everywhere it occurs.

Nearly every country in the world has committed to eradicate modern slavery through their national legislation and policies. Governments have a central role to play by enacting legislation, providing safety nets to their populations, and pursuing criminals who participate in this heinous crime. As no single actor can address all these challenges, governments need the support and engagement of the private sector, civil society, and the community at large.

The Global Slavery Index is a tool for citizens, non-government organisations (NGOs), businesses, and governments to understand the size of the problem, existing responses, and contributing factors so that they can advocate for and build sound policies that will eradicate modern slavery.

All supporting data tables and methodology are available to download from the Resources page.

In 2017, the inaugural Global Estimates of Modern Slavery were produced by the ILO and the Walk Free Foundation in partnership IOM. The regional estimates produced through this collaboration form the starting point for the national level estimates presented here for 167 countries.

These national estimates were calculated2 using individual and country-level risk factors of modern slavery. The analysis draws on data from nationally representative
surveys implemented through the Gallup World Poll, including a module on modern slavery in 48 countries, and data from the Global Slavery Index Vulnerability Model. The final set of risk factors were selected from an exhaustive list of variables to optimally predict confirmed cases of forced labour and forced marriage. The model was then used to generate average predicted probabilities of modern slavery by country. The regional totals in the 2017 Global Estimate were then apportioned based on each country’s average predicted probability of modern slavery. A final calculation accounting for state imposed forced labour was performed to reach the final estimated prevalence of all forms of modern slavery.

A detailed description of the methodology is set out in the Prevalence page under Methodology.

Figure 2Estimating the prevalence of slavery at the national-level

The Global Slavery Index Vulnerability Model is built on statistical testing and processes to identify the factors that explain or predict the prevalence of modern slavery. The 2018 Vulnerability Model provides a risk score for 167 countries based on an analysis of data covering 23 risk variables across five major dimensions.

A detailed description of the methodology is set out in the Vulnerability page under Methodology.

The Government Response Index provides a comparative assessment of the legal, policy, and programmatic actions that 181 governments are taking to respond to modern slavery. This is based on data collected on 104 indicators that are relevant to understanding how each government is tracking towards achieving five milestones:

A detailed description of the methodology is set out in the Government response page under Methodology. 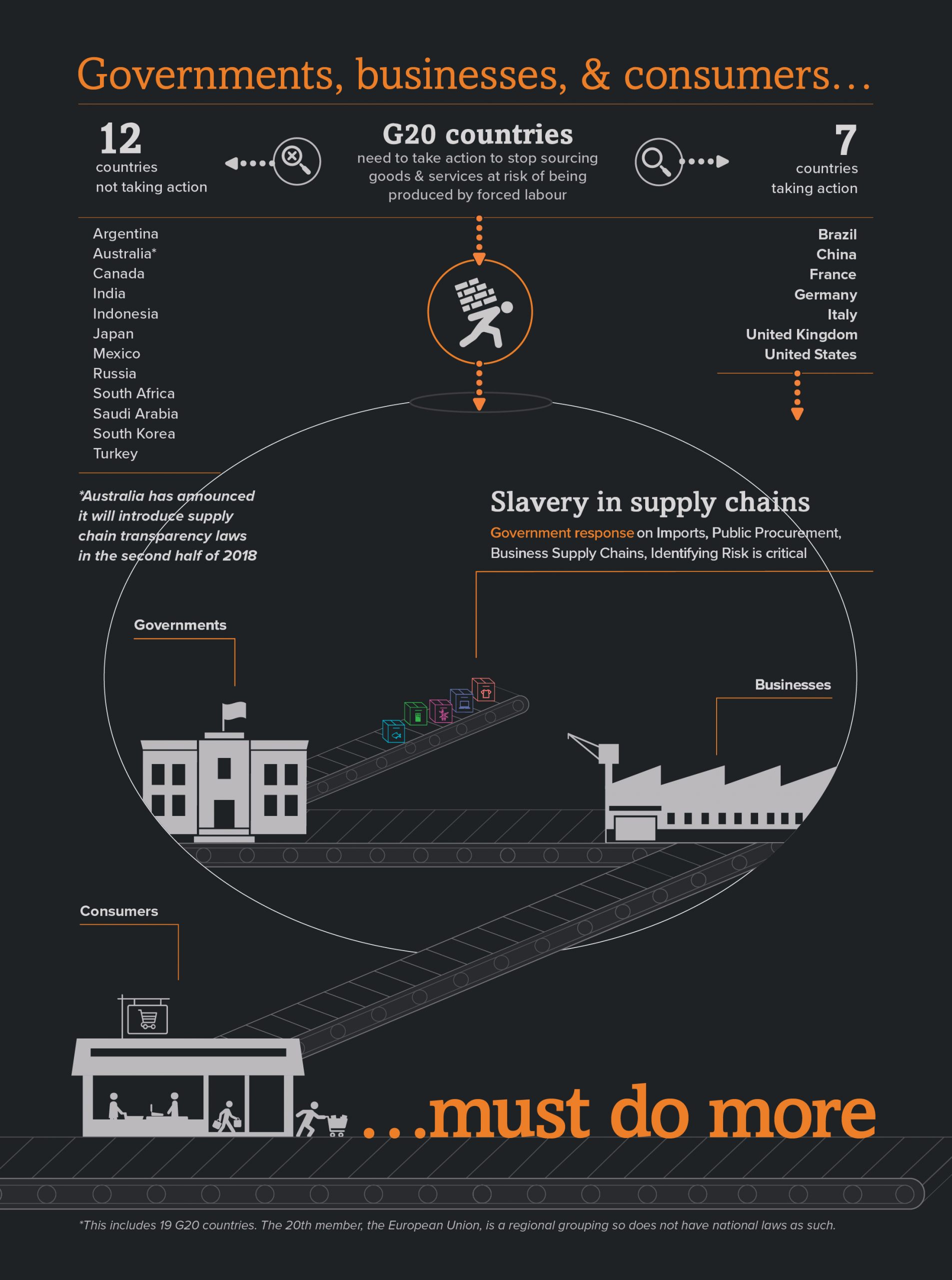 “Get This Thing Out of My Chest”

6 of Our Favorite Sex Toys Are on Sale Now