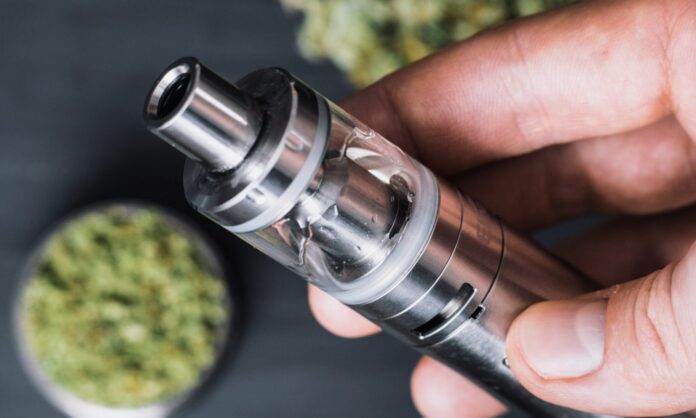 One of the most popular trends within the cannabis world is vaping dry herbs. It’s easy to see why people find vaping dry herb appealing, considering the fact that it’s healthier than traditional forms of smoking and more discreet.

Another reason why people have gravitated towards vaping as a primary method of consumption is because it’s easier for people to conserve their cannabis. Vaping also provides users with the opportunity to get more out of their cannabis than traditional methods allow.

After initially vaping marijuana, it turns into a brownish-green color which may lead some people to believe that it should be disposed of like ashes. Although that’s likely a common misconception, weed that’s been vaporized can still be repurposed in a number of ways that are enjoyable. Here are a few examples.

Already vaporized bud can be an essential ingredient for making cannabutter, which is necessary for making pot brownies, cookies and other cannabis infused goodies. The process for making cannabis-infused butter using already vaped bud is fairly simple, too.

Making cannabutter entails adding already vaped bud into melted butter. After it’s been added, cook the mixture on low for 45 minutes, stirring to prevent the mixture from burning. Once the time is up, strain the butter into a glass container, then save and store the cannabutter for when you’re ready to bake up a batch of feel-good brownies. Need a recipe? Here’s A Beginner’s Guide To Making The Best Ever.

Since lots of people associate cannabis with relaxation at the end of a long day, the thought of adding cannabis to morning coffee or tea could be off putting. Even though it’s unconventional, adding already vaped bud can lead to interesting results that’ll lead you to no longer crave the coffee or teas you normally crave.

RELATED: Are Coffee And Cannabis Compatible? Here Comes The Science

Similar to making cannabutter with already vaped bud, the process for using it to make cannabis-infused coffees or teas is fairly easy, too. All it takes is adding it to the coffee grounds prior to brewing it. While the effects of cannabis-infused coffee may make people feel better than a regular cup of joe, the taste likely won’t measure up. That’s why people planning on making cannabis infused coffee benefit from adding flavor enhancers such as  French vanilla or caramel creamer.

The benefits of vaporizing bud are impactful enough to change your relationship with weed entirely. That’s especially the case after understanding the possibilities that come with knowing how to repurpose it. Knowing these hacks can be instrumental in helping cannabis users save money by extending their weed stash.