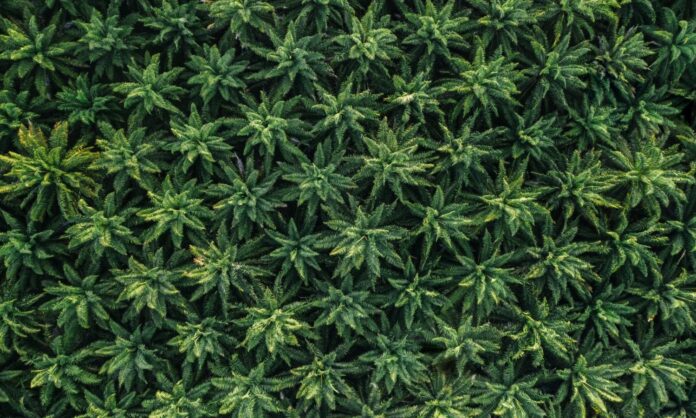 In a letter dated December 17th, the group warned Governor Gavin Newsom of the strains caused by the hefty taxes imposed on operators in the industry. To prevent the impending disaster, the group says a rapid expansion of retail cannabis stores is needed to stabilize the marketplace. The letter was also sent to the legislative leaders in Sacramento, as the group understands that the executive arm needs the support of the legislative body to make changes to the industry. In addition to this, the group proposes that mandatory taxes be halted for a while or cut down significantly.

Some companies, executives, and groups that signed the letter are the California arm of the National Organization for the Reform of Marijuana Laws, the California Cannabis Industry Association, CannaCraft, Flow Kanna, and the Los Angeles-based United Cannabis Business Association.

A Drastic Change Is Needed

In the letter, they explained that the industry is on the verge of collapsing. The industry has been heavily taxed, and little has been done to improve the conditions of the industry, despite the vast sums of money generated by companies annually. California’s marketplace has more or less remained stagnant since it was established, and it is now deteriorating at a fast rate.

Since 2016, when the state passed Prop 64, very little has been done to steady the shaky industry. In the letter, the industry was described as a never-ending rollercoaster ride.

While it can’t be denied that the state has gained massive economic boosts from the legislation, it must also be stated that this current mess of an industry is not what residents expect or deserve.

The industry’s leaders praised the state government for generating significant revenue from the industry for the state coffers. However, they also said that the sector had suffered severe setbacks due to the struggles of local governments to work around bureaucratic red tape at the state level.

Just four years into the start of operations in the state’s cannabis industry, operators are not only struggling with tax payments, they’re also competing with illegal cannabis operators to make a profit.

According to the details in the letter, the group said that the current rules and regulations guiding the industry had not helped the legal operators in any way. Instead, it seems as though it was set up to ensure the industry crumbles. The group highlighted that this wasn’t the first warning given to the state government. For several months, there have been a series of complaints leveled against the state’s cannabis regulatory agency, but nothing has been done.

Industry officials and executives have reported the heavy taxes and limiting regulations on several occasions. They backed their complaints with proof of being unable to compete against the widespread cannabis blackmarket in different state regions. They added that consumer prices in illegal markets are meager; hence sales are at least double that of the legal markets. Legal cannabis products are fifty percent more expensive than unlawful cannabis products.  Some are pushing for a tax-free cannabis sector to battle the illicit market prices in California.

About 73% of the total cannabis consumed in California is produced and sold on the black market. This means that most of the cannabis products consumed by Californians are untested and unsafe for consumption. The leaders told the state’s government that they had had enough. The government’s inaction to do anything worthwhile in the industry has pushed stakeholders to the breaking point.

Excessive taxation has crippled the industry and caused expansion opportunities to be squandered. To an outsider, California has one of the biggest cannabis industries, but it takes more information to understand that the state could have a more robust legal market.

The letter, which was co-signed by the leading officials and advocates in the state’s cannabis industry, explicitly said that the industry’s problems require the help of the state government, as these challenges are too numerous to be handled and overcome by the industry alone.

RELATED: Are High State Marijuana Taxes Really The Cause Of The Tenacious Black Market?

The first piece of help needed is an immediate lifting of the cultivation tax imposed on all legal cannabis growers in the state. A request for a three-year holiday from the excise tax was also listed in the letter. In addition to this, the team asks that the state government expand retail stores across the state. In a state as big as California, only one-third of its cities have cannabis dispensaries. The absence of dispensaries in two-thirds of the state’s cities can be blamed on the sluggishness of local governments in granting sales and production permits to applicants.

At a press conference to address the letter’s contents, the co-signers asked the state regulators to cancel out the mandatory 15 percent tax on cultivation and the excise tax on sales. They also pleaded that the state begins to issue more licenses to applicants so that the expansion process can begin.

RELATED: These States Have The Highest Cannabis Sales Taxes In America

Erin Mellon, the governor’s representative, said that Gov. Newsom fully supports cannabis tax reforms. She also stated that the governor agrees with the demand of the group to overhaul the system to clamp down on illegal activities within the sector. She also acknowledged that the current mandatory taxes pose severe challenges to the industry’s progress.

She ended her statement by promising that the governor is ready to work with the legislature to bring the much-needed tax reform efforts to fruition.

The unwillingness of the state’s executive and legislative governments to effectively legislate, implement, or execute laws — and also coordinate a fully functional cannabis industry — is the root of all the problems ailing California’s cannabis industry.

These politicians and lawmakers need to immediately make good on their pledges to wipe off the state’s cannabis black market. Honestly, it makes no sense that a state’s bootleg cannabis market is at least twice the size of its legal market.

The faster these issues are resolved, the earlier operators in the legal sector can begin making their deserved profits while making the industry the most robust legal cannabis industry in the United States.