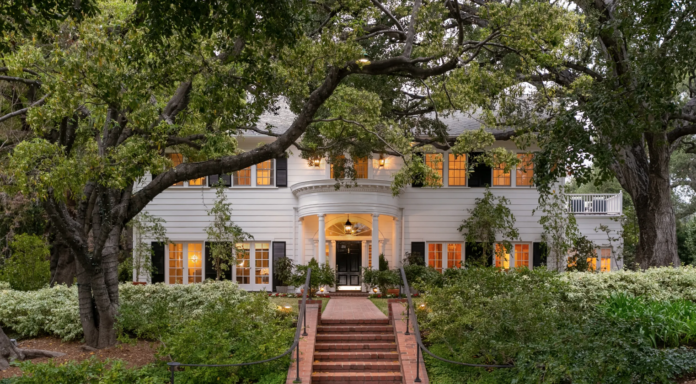 It was an honor to be invited to the home of chief financial officer David Wallace—who was played by actor Andy Buckley—so much that not even all the employees of Dunder Mifflin from the beloved TV series The Office got to go. Now imagine having the chance to own it. The huge six-bedroom, six-bathroom mansion located in Pasadena, California, is up for grabs, and homebuyers are determined to close the deal.

Currently, the home’s asking price is around $6 million dollars, but buyers are apparently willing to pay well above that amount, resulting in a major bidding war. “We had significant interest and the property is now in escrow—over the asking price with multiple offers,” listing broker George Penner shared with the New York Post.

Ever since the pandemic, it has become a seller’s market with so many looking to purchase a home, and if you have the capital to get this house, why not? Plus, you can count on it to last as it was originally built in 1925 and designed by architect Lucille W. Luckhardt. You also can’t go wrong with all the natural lighting throughout the property, thanks to the plethora of French doors in nearly every room.

The ultimate resource for design industry professionals, brought to you by the editors of Architectural Digest

For those curious to know which parts of the not-so-humble abode made it to the show, you’ll be excited to know that there’s a library, hot tub, and a pool just like in the hilarious episodes. The only differences are, the actual features are way nicer and there’s no loud drumming in sight from Wallace’s kid. Phew, Michael Scott would totally approve.