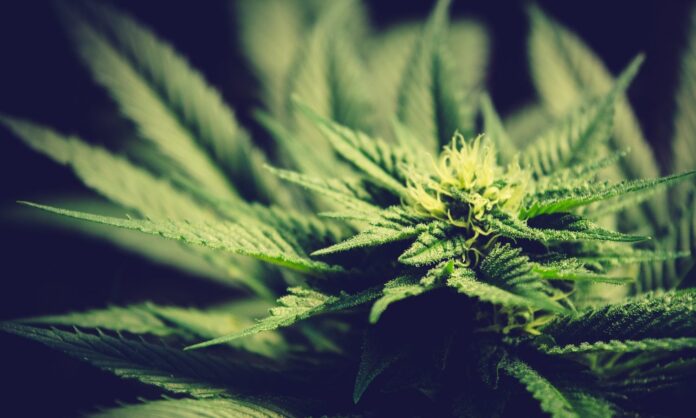 How well do you know your cannabis? I mean, most people know the basics of what gets you high, but from there on out, it becomes a bit hazy.

Most people know what pistils are, they know what trichomes are, but what are calyxes?

In this article we’re going to be taking a closer look at the calyx in order to expand our knowledge on the cannabis plant, helping us better understand what it is we are smoking. Additionally, this will be a very informative article for cannabis growers.

The skinny on cannabis calyxes!

The calyx is the first part of a flowering bud. It consists of a small collection of leaves that spiral near the stem of the flower. These are made up by sepals, which are miniature leaves that protect the flower at its base.

The calyx can be considered to be the flower’s center and binds everything together. It provides the structure for the plants reproductive organs.

Now that we know that, we can begin to understand the importance of calyxes in the cannabis plant. But did you know that these pockets of goodness tend to have the highest ration of cannabinoids? Now you do.

Why the calyx is so important?

As mentioned, the calyx is the center of the flower, meaning this is where all buds originate from. If you look at a cola, it originated from the calyx itself.

Within the calyx, you can find many things such as “pistils” and “trichomes”. Within the calyx, the pistil density is supreme! The resin glands, where that sweet THC is being cooked up, are also found in there.

RELATED: The Easy Way To Cultivate Your Own Medical Cannabis Seeds

It’s very easy to spot a calyx form when the plant starts flowering. The tiny flower will begin to produce pistils (or the long white hairs) if it’s a female. On the other hand, if it’s a male, the calyxes will produce pollen sacks.

Of course, unless you’re breeding for seeds, murder the male and put it in a blender for juicing.

Now that we have a firm understanding of calyxes, let’s take a look at genetics. Some plants have a higher density of calyxes to leaf. Knowing which strains will produce more calyxes can significantly increase your yield.

How do you find the calyxes in a cannabis plant?

If you’ve got an abundance of sugar leaf, odds are at the center you’ll find a calyx. This is because the calyx is the center of production of resin, and as it produces, it pushes itself outwards, covering the surrounding leaf.

In the vast majority of cases — especially if you’re buying in a dispensary — most of the leaf will have been trimmed off. This is because the leaf, while having some trichomes on it, is not the desired thing to smoke.

RELATED: What Is Sinsemilla And What Does It Mean In The Cannabis Industry?

Rather, we want the flower — meaning we want the calyxes. Consumers have been conditioned to only want “top notch buds” so it would be very unlikely for you to get buds that aren’t trimmed these days.

However, for the home grower, you have options.

This really comes down to personal preference. In my case, I prefer to do a very loose wet trim in order to let the leaf curl in on itself. Then, before jarring, I give it another cut just to make sure that most “non-resin” leaf is removed.

Why it’s important to learn more about the cannabis plant?

While now you may only have a technical term for what a “bud” is made up of, it’s important to understand the anatomy of a cannabis plant — especially when growing weed.

For example, if you’re considering making your own seeds — as I have written about before — you will want to collect the pollen from a male plant and sprinkle it on the Calyxes of the female plant since this is where the sex-organs are.

RELATED: Here’s Why Cannabis Terpenes Are So Very Important

I’m considering to take a deep dive on the cannabis plant anatomy. You know, really get into genetics, making seeds, cloning, etc – this is of course if there is some interest.

I’m on the verge to start an online cultivation group for people in Mexico where I’ll be teaching people how to grow from seed to smoke since it will soon be a constitutional right for Mexicans to cultivate. Yes, I do also speak Spanish. Not as good as I’d like, but you enough to teach people the ins and out of cultivating cannabis.

At some point I’ll open up an English group as well, but for now I’m only catering to the Spanish marketplace, specifically in Mexico, but anyone who speaks Spanish can join.

As for my writings here on Cannabis.net, I aim to provide a bit more scientific knowledge about cultivation for my fellow growers out there. I believe that if enough people can come together and start growing their own medicine or recreational smoke, we’ll be conducting a major shift back to self-sufficiency.

The cannabis plant is an amazing plant — almost alien when comparing it with other plants on earth. Humans have a genetic link with this marvelous plant due to our compatibility through the endocannabinoid system.

I think it warrants a deeper understanding and I think it can only enrich the experience of cultivating and consuming cannabis.