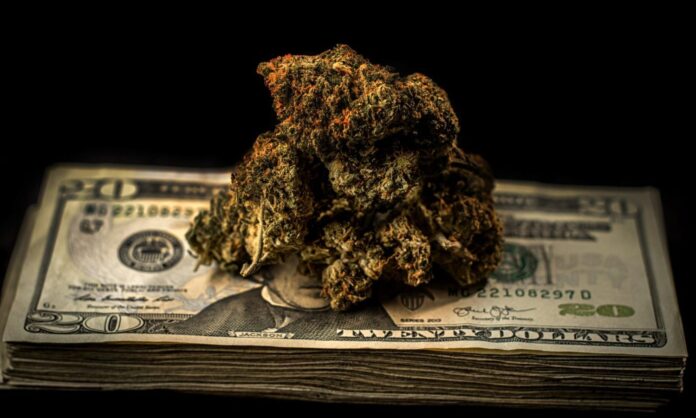 Marijuana businesses have been operating on an all-cash basis for years now. No thanks to the federal government’s ancient policies that make accessing the services of banks and lenders impossible for hemp-based companies. This circumstance makes the cannabis industry a target of crime.

In 2017, a beacon of hope appeared in the form of a bill called the SAFE Banking Act, though the edict has not been authorized, despite passing the house several times. This begs the question, “How long before the Senate approves the SAFE Banking Act?”.

The SAFE Banking Act and Its Origin

The Secure and Fair Engagement Banking (SAFE) Act was originally sponsored by Sen. Jeff Merkley of Oregon and Rep. Ed Perlmutter of Colorado in 2017. Since this initial introduction, it has been introduced eight more times to the House.

As is the usual procedure, after a bill has passed the House, it has to be approved by the Senate, after which it can finally be signed into law by the President. The longer it takes for the Senate to approve SAFE Banking Act, the longer it takes for traditional financial institutions to render their services to businesses in the cannabis industry.

This regulation is the only progressive step that can be taken to curb the financial problems facing the US cannabis industry.

To make this clearer, currently, a marijuana enterprise in a state that has legalized the use of marijuana will still have problems procuring the assistance of financial organizations in that state.

This is because these institutions are restricted by federal regulators from extending services to businesses that are founded on cannabis plant sources.

Erring banks can be punished for failing to adhere to these regulations.

So, it doesn’t matter if the region a canna-business is located has legalized the use of marijuana or not, the federal law trumps all.

This has affected the cannabis industry so much, some entrepreneurs have had to close shops because they couldn’t access needed loans to grow, expand their companies or even recover from unforeseen events that wiped their inventories.

As soon as the SAFE Banking Act is signed into law, federal regulators would be unable to sanction these financial facilities for rendering their services to cannabis companies and their workforce.

One of the current Sponsors of the bill, Sen. Berkeley said in a statement recently that ‘it is extremely dangerous for legal marijuana businesses to run all-cash operations in the community’.

These companies are forced to cart around bags filled with cash to pay for their business expenses. Making them exposed to robbery attacks, organized crime, and money laundering schemes.

The senator also reiterated that the issue is of utmost importance and the law is needed for public safety.

An Overview of the 2021 SAFE Banking Act

The 2021 bill is a slightly modified rendition of the 2019 and 2017 SAFE banking act. There are added protections for the banks that would be serving cannabis-related businesses. All these juicy additions were included to cajole the bipartisan senate members to approve the bill.

The cannabis businesses are also protected by this bill

Despite the senate-house being the death ground of the previous versions, there have been a lot of positive speculations that the bill will be approved by the Senate in a few weeks or months—Lesser amount Of opposition, and there is more support from senators that see the commonsense in the bill.

The bill will secure the future of thousands of workers in the cannabis industry, as well as ensure small hemp businesses have access to capital or loans required to keep their businesses afloat and profitable.

The playing ground would be equal for all small, medium, and large-scale cannabis entrepreneurs.

“The SAFE bill will provide ample assurance to all traditional financial institutions. It would ensure that they’re comfortable and confident enough to render their services to businesses in the cannabis industry” said Morgan Fox, the director of media relations for the group.

Future Of The SAFE Banking Act

While it is almost certain that this bill will be passed this year, it does not promise to be hitch-free.

One of the senators in the Senate banking committee, Sherrid Brown, has said that he is not yet fully convinced about the bill. He added that there are other things to be considered—like the sentencing reform— before the bill can have its full backing.

The chairman of the Senate Banking Committee, Sen. Mike Crapo, has not called any meeting on the bill yet, and reports say that he is against the proposal until it is modified to include some terms and conditions which have been considered illogical to the growth of the cannabis industry.

For instance, Chairman Crapo says the bill should have a condition that reads “all cannabusiness in need of financial services from banks mush have a THC content of at most 2%”. This is untenable.

The fact that it was approved by an extremely bipartisan house gives the bill an optimistic future. Also, the bill has massive support from the American Banking Association.

At the last count, more than a third of the chamber is fully vested in approving this bill. And there are now over 30 cosponsors long with the original sponsors of the bill.

The SAFE Banking act is a big deal for entrepreneurs and employees in the marijuana industry. The approval of this bill will not only provide banking reforms for the cannabis industry but would also kick start the process of legalizing the drug.

Yes, banking reforms are just a temporary solution, the most effective solution is delisting cannabis from being a Schedule 1 drug. Interestingly, the MORE Act is all about this.

The sooner the SAFE Acts get approved, the earlier the MORE Act can be worked on.

No one can give a definite time frame on how long it would take the Senate to approve the bill, but be rest assured it will be soon.