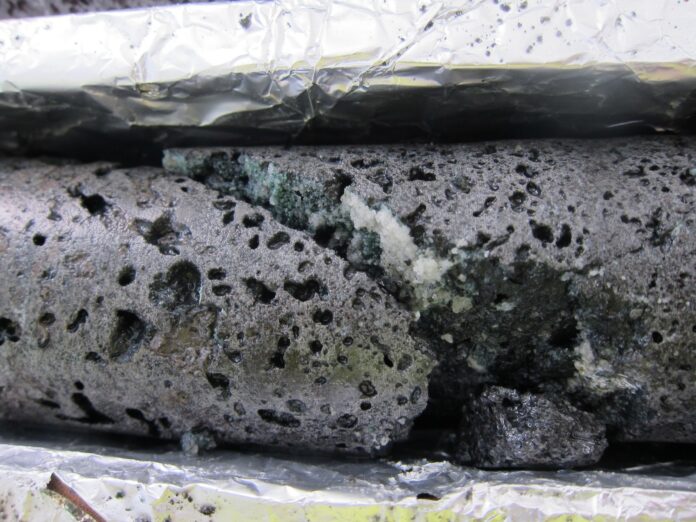 Iceland was the ideal location for Orca. “It’s the only only site in the world where you can mineralize the CO2,” explains Beuttler, who notes that Climeworks has had a demonstrator running there since 2017. The site also allows the company access to geothermal energy from ON Power’s Hellisheidi Geothermal Power Plant. “We get low carbon- or almost no carbon-renewable energy from the plant for our plant,” says Beuttler. “And also we get the waste heat, which is our main energy source.”

The Orca consists of eight modular collector containers. Fans draw air into the containers, where carbon dioxide is captured on a filter. Once the filter is full, the container is closed and heated, releasing the CO2. The carbon dioxide is then mixed with water and pumped underground into nearby basaltic rock formations, where it is turned into stone naturally in less than two years.

While Orca is an exciting innovation, critics of direct-air capture note that the cost per ton is still too high to work at the scale that is needed. However, Beuttler is optimistic that the technology can eventually go mainstream. He compares the company to Tesla in the early 2000s as it developed the Roadster. “We’re trying to build prototypes that eventually will be good enough and efficient enough to enter into mass production,” he says. “Obviously, the time has to be ripe for that mass production because currently we operate in niche markets and we need incentives to compete.”

The next steps involve building the Climeworks version of Tesla’s gigafactory and eventually develop an entire industry, which, he notes, it won’t do alone. “When we mass produce, that means we will have a value chain and we will have components manufactured externally,” he says. “This is where we see the price come down significantly. And I think the challenge for the next few years, or this decade, is entering that phase, building that industry.”