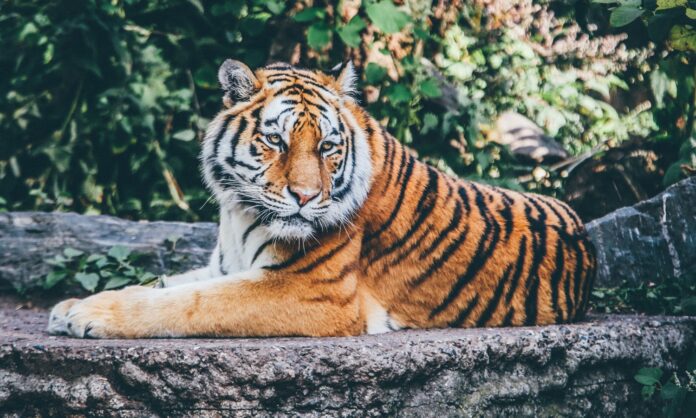 Joe Exotic, that guy from the Netflix series Tiger King, is getting involved in the weed business. Unlike many other cannabis entrepreneurs, he is launching his brand from jail.

Per TMZ, Exotic (real name Joseph Maldonado-Passage) has been working on this idea for a cannabis brand since last July. In a statement, entertainment lawyer Brad Small, one of Exotic’s attorneys, said that his client would be partnering up with Tango Hotel Charlie Group, LLC and Cannaxxs LTD. The collaborative brand will be called Joe Exotic Cannabis.

To make the story even weirder, Exotic is partnering with Jason Hervey, the older brother from the hit TV series the “Wonder Years.”

According to Forbes, Small mentioned to Hervey that he was looking to strike a deal in the cannabis industry for his client and the rest is history. “I told Brad, ‘Well, that’s funny, my friend and I are discussing the cannabis business right now,” said Hervey. “The timing was good; the chemistry was even better—away we go.”

The outlet further explained that:

When asked what he thinks about doing business with someone who is in prison for a murder-for-hire plot—Moldanado-Passage has vehemently denied the charges he’s been convicted of—Hervey admits that Joe Exotic is a “polarizing figure” but he believes being in prison only makes Joe’s story and brand more compelling.

It seems like Exotic has been involved in every stage of the brand-making process via phone calls and emails. One of Exotic’s motivations to get involved in the cannabis industry is to provide relief for people who suffer from a variety of ailments.

RELATED: Tiger King and Marijuana Are Linked In More Ways Than One

Joe Exotic Cannabis will include a variety of products and will be sold in dispensaries located in Colorado, California, and Oklahoma. The brand’s products will include THC in the states where it’s legal (California and Colorado) and CBD.

The brand will launch within weeks, with a part of the proceeds being donated towards captive tiger care organizations.

In addition to “Tiger King”, Exotic’s much-touted 2020 also included a fight with the Trump administration following an attempt to get a pardon from the then-sitting president. Exotic now claims to have “more faith in President Biden and VP Harris to do the right thing, not just for me, but for the thousands serving long sentences for non-violent crimes such as conspiracy.”

Despite the ending of the documentary series, Hollywood is not through with Joe Exotic and Carole Baskin’s story. Two scripted TV series are in the works, one starring Nicolas Cage and the other with Kate McKinnon and Cameron Mitchell attached to star.