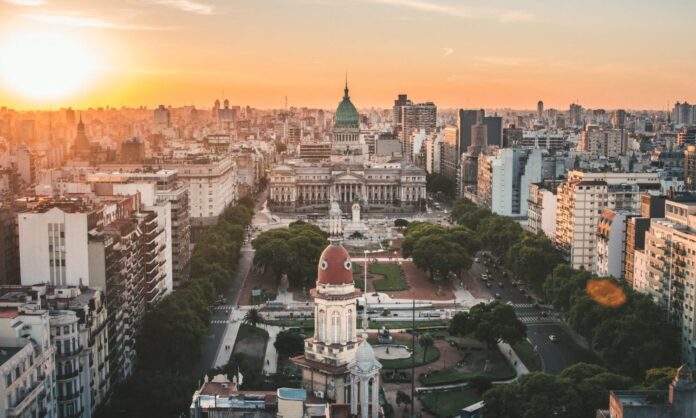 In what has undoubtedly been the biggest cannabis news to come out of Latin America in a while, Mexico’s Supreme Court declared the prohibition on adult-use cannabis to be unconstitutional. This means you can now drive the 7,498 miles between Sydney, Nova Scotia and Ciudad Hidalgo, Chiapas passing solely through jurisdictions where cannabis is legal (though you should not attempt to cross any international borders with cannabis).

Following Mexico’s historic move, cannabis observers are wondering who the next newsmaker will be. Here are some countries we should keep an eye on, in alphabetic order.

In June, a bill was introduced to regulate medical cannabis and industrial hemp. As explained in a previous post, medical cannabis was legalized in Argentina in 2017, but inadequacies in the regulatory framework have forced many patients to turn to the black market.

In addition, back in November 2020 a bill that would legalize adult-use cannabis was introduced by Deputy Enrique Estévez; once new regulations for medical cannabis and industrial hemp are in place, it will be logical for attention to turn to recreational use. While believing that such legalization must be “handled with much care,” President Alberto Fernández has a “very liberal outlook” on the subject. In addition, legislative elections in November could bring reformist winds to Congress.

As we described in a recent post, Chile is in the process of drafting a new constitution. Based on the composition of the constitutional convention, we can expect the resulting document to pave the way for full legalization. There is also considerable support for legalization within the cohort of mayors elected in May. It is likely that the legislative ranks will see a similar trend when elections to Congress take place later this year. Moreover, one of the leading candidates for the presidency, Communist Daniel Jadue, openly supports legalization. All in all, the stars are aligning in favor of legalization in the Country of Poets.

Last year, the Chamber of Representatives voted down a proposed law that would have legalized adult-use cannabis. However, a new legalization bill was introduced in the Colombian Senate in short order. According to some analysts, the newer proposal has a higher chance of success, as it would legalize cannabis through new regulations, instead of requiring a constitutional amendment as the failed bill did. Moreover, the new bill’s framework would place the government at the heart of the legal cannabis industry, structure licensing in a way that benefits smallholders, and favor historically marginalized communities. These features may help make legalization attractive to a broader set of constituencies.

RELATED: Latin America Moves Toward Legalization With Some Absurd Exceptions

The three countries mentioned above are far from the only jurisdictions of interest in Latin America and the Caribbean. There could be dark horses that surprise us. Rest assured we’ll be here to tell you about it.

Fred Rocafort is a former diplomat who joined Harris Bricken after more than a decade of international legal experience, primarily in China, Vietnam, and Thailand. This article originally appeared on the Canna Law Blog and has been reposted with permission.

“Committing the Truth”: Whistleblower Daniel Hale to Be Sentenced Tuesday for...

The Number of People With IRAs Worth $5 Million or More...