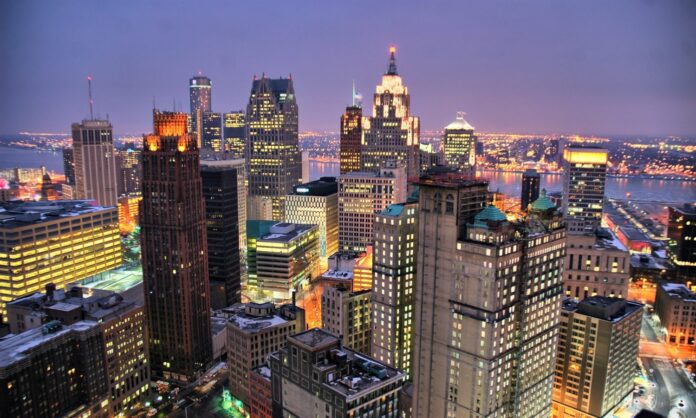 Cannabis billboards are appearing along the highways and byways in Michigan, most likely to the delight of the state’s several million adults who voted to legalize the plant in Nov. 2018 by an indisputable 56-44 margin.

That being said, some state lawmakers are trying to pull them down, although the billboards are regulated and have all been approved by theMarijuana Regulatory Agency(MRA), which makes sure their content does not come across too, well, stoned. In fact, no photos of cannabis products can be displayed on the billboards across Michigan, home state of Benzinga.

Dispensary owners are miffed. They say they need the publicity more than ever and are willing to pay for it.

“I would say probably 50-60% of our budget right now is on billboards. That’s probably one of the biggest and easiest ways for us to advertise right now,” declared Tom Farrell, founder of Kalamazoo-based dispensary, The Refinery.

Farrell told a local CBS News channel that Michigan pot shops have been forced into advertising on billboards because of tough regulation for ads on nearly every other platform, including social media.

“It would affect us quite a bit,” Farrell said. “I mean, it would take away probably one of our biggest forms of communications to our customers.”

Current law states that marijuana products cannot be advertised unless the business advertising them has evidence that 70% of the audience for the advertisement is made up of adults.

No one is quite sure how that would work, though MRA executive director Andrew Brisbo tried. “They have to get trusted data and be able to demonstrate that to us, so they have to supply their demographic studies to show that the target audience will be who’s viewing this advertising,” Brisbo said.

History Repeats Itself? Not Quite

In April 1970, President Richard Nixon signed legislation banning cigarette ads on television and radio after alarming health studies emerged (as far back as 1939) linking tobacco to cancer. No such studies exist today regarding cannabis.

And it’s not for lack of trying. Government agencies, backed by myriad, sometimes hysterical, media reports over the years have published all manner of anti-cannabis, non-scientifically supported claims, starting with Reefer Madness, up to the most current misinformation that cannabis is a “gateway drug,” which even the National Institute on Drug Abuse refutes.

Super Majority Have Access To Cannabis Dispensaries In Michigan

Billboards notwithstanding, Michigan residents’ access to cannabis dispensaries is far greater than the rest of the country, according to a new report.

“Over 80% of Michiganders now live within a 20-minute drive of an adult-use retail store,” said Brian Peterson, director of public policy and economic analysis of Michigan-based Anderson Economic Group (AEG), which undertook the study.

“Our analysis shows that the retailers have established themselves across the state in order to meet consumer demand for cannabis.”

Although the report also found that 70% of marijuana consumed in Michigan still comes from sources other than retail stores. “Many consumers are still choosing non-retail options,” Peterson said, “but we expect that the growth in retail stores could convert some consumers into retail customers.”

Despite the illicit weed sales, Michigan still managed to generate quite a haul in cannabis revenue: In 2020, Michigan cannabis sales reached record highs ($3.2 billion, according to AEG) and are on track to possibly double that amount this year.