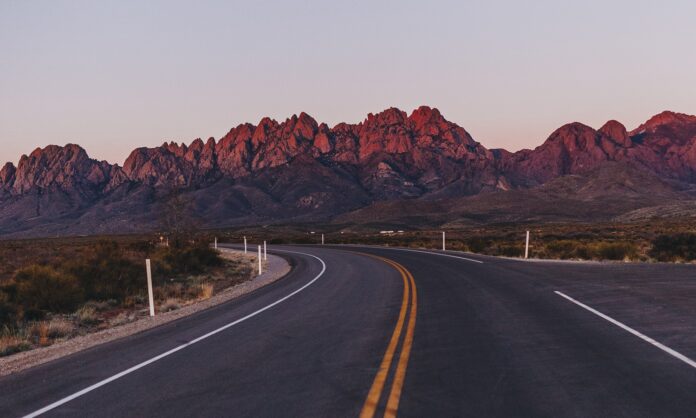 New Mexico is one step away from becoming the 17th state to legalize cannabis for adult use and the fourth state to adopt a legalization policy by passing a bill through its state legislature. The last stop is Democratic Governor Michelle Lujan Grisham’s desk for signing. New Mexico follows New York state, which also took this route to full legalization. Illinois and Vermont chose the legislator path while 13 other states have legalized by voter initiative.

Members of the New Mexico House and Senate gave their final approval on Wednesday to two separate measures amending the state’s marijuana laws. The first legalizes and regulates marijuana possession, production, and sales for adults. The second facilitates the automatic review and expungement of the records of those convicted of low-level marijuana offenses.

“New Mexico legislators and advocates deserve a round of applause as they are on the verge of legalizing cannabis for adult use. This year is proving to be nothing short of monumental for the cannabis policy reform movement. State legislatures across the nation are recognizing the urgent need to end cannabis prohibition and are rising to the challenge,” said Steve Hawkins, executive director at the Marijuana Policy Project. MPP said in a statement that under HB 2, personal possession of up to two ounces of cannabis and home cultivation of six mature plants will be legal for adults 21 and over. Additionally, HB 2 includes measures that would encourage those who were disproportionately impacted by prohibition to enter the new industry. Legal sales would begin no later than April 1, 2022. A companion bill provides for automatic expungement.

Commenting on the bills’ passage, NORML State Policies Manager Carly Wolf said: “This is a historic day for New Mexico! These important policy changes will ensure that consumers going forward will no longer suffer criminal arrest and prosecution, while also remedying past injustices caused by the drug war. I commend lawmakers for working together to craft legislation that prioritizes social justice and inclusion. Passage of this legislation will ensure that minor marijuana possession offenders, many of them young people, are no longer saddled with a criminal record and the lifelong penalties and stigma associated with it.”

Emily Kaltenbach, Senior Director for the Resident States and New Mexico for the Drug Policy Alliance said, “New Mexicans are finally able to exhale. After many years of hard work, another whirlwind legislative session, and input from stakeholders throughout the state, social justice-centered cannabis legalization is on its way to the Governor’s desk, where she has already agreed to sign. We thank the Governor and our legislative allies for not taking ‘no’ for an answer and stopping at nothing until we were able to get justice for New Mexico communities—particularly Hispanic/Latinx, Black, Native and Indigenous—that have been immensely harmed by cannabis prohibition.”

She added, “Today’s passage of the cannabis legalization and expungement package will ensure equitable opportunities for farmers and other small businesses, and long overdue justice—including automatic expungement—for those with past cannabis arrests or convictions. And it doesn’t stop there. We still have our work cut out for us to fully repair the damage that has been done as a result of the war on drugs, and that means coming back during the 2022 budget session to ensure funds are made available for critical reinvestment in the communities that have been most harmed.”

NORML Executive Director Erik Altieri added: “New Mexico joins an ever-growing list of states that have realized the failures of marijuana prohibition and the harms it brings to their communities and citizens. They are the third state so far this year that has approved legalization via the legislative process and we expect several more will follow suit in a short period of time. The American people are demanding an end to prohibitionist policies that have wreaked havoc on communities of color, squandered countless millions in taxpayer dollars, and wasted limited judicial and law enforcement resources on criminalizing otherwise law-abiding individuals for possession of a product that is objectively less harmful than currently legal alcohol and tobacco.

“Thankfully lawmakers at the state level are finally implementing the will of their constituents and, by doing so, they are applying further pressure on the federal government to finally deschedule marijuana nationally and end this ongoing tension between state and federal policies.”

US escalates in Ukraine battleground

The Federal Government Will Now Give PPP Loans to Borrowers in...