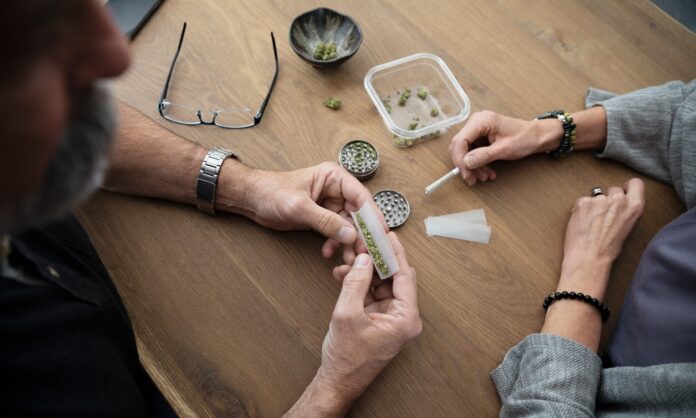 By all accounts, marijuana is the most popular drug in the world. Some of the latest statistics show there are somewhere around 35 million regular users all across the United States. It’s an impressive number, too, considering that weed is still illegal in most parts of the country. Right now, some 36 states have legalized it for medicinal use, while 18 (plus D.C.) have taken the concept up a notch and made it legal for adults 21 and older.

No matter how you slice it, there is a load of people smoking marijuana here in the Land of the Free, some of which, we are sad to report, may end up becoming casualties. Because while marijuana dependence is said to only affect roughly 9%of users, that still means that millions of people are going to experience problems in their personal life as a result of cannabis.

Unfortunately, the toll will only increase as marijuana use becomes more prevalent in areas post-legalization. So, for those of you worried about whether you might fall into this category, here are three signs that it might be time to lay off marijuana.

Legal Issues Because of Marijuana

People who encounter troubles with substance abuse almost always, at some point, meet the wrath of law enforcement. In a situation involving marijuana, the user might get arrested for weed during a traffic stop, or they may find themselves caught up in a bust after visiting a neighborhood street dealer. Even in legal states, where cannabis consumers can walk into a dispensary and buy the herb with the swipe of a credit card, there is plenty of room to find trouble.

RELATED: Here’s What You Should Know If You’re Caught Driving While High

Cannabis users might find themselves in front of a judge for foul-ups like stoned driving, possession violations, and other offenses — all of which come with their own hassles and hardships. Therefore, if marijuana-related legal woes start to become a regular event in someone’s life, especially in states where it is legal, that’s a pretty solid indication that the herb is occupying too much space in their world. After all, most cannabis users never end up in court because of it.

Marijuana is quickly becoming more popular than alcohol on college campuses. Some believe this is due to students trying to make healthier choices when it comes to times of inebriation. This shift is just one of the reasons that alcohol sales are reportedly starting to slip in the United States. But the same as alcohol has been known to cause problems for students — making them late for class, causing them to fail courses, lose scholarships, etc. — marijuana can have a similar impact for some.

RELATED: CBD Can Assist Those Addicted To Marijuana

Most students have no issue honoring their scholastic duties because of an affinity for weed. But when they do, it can be clear that their focus isn’t exactly where it needs to be to find success at school. It might begin with them being tardy for class, and then all at once, they aren’t showing up at all. Perhaps their dedication to the doobie might even lead to disciplinary action. All of these things can be signs that cannabis has become too prevalent in a young person’s life.

For some, getting stoned after a long day at work is just what the doctor ordered. Marijuana is known for its ability to calm anxiety, lessen stress and just get the user into the right headspace to forget about the job for a while. Very rarely does this use interfere with a person’s ability to earn a living. But it is not beyond the scope of imagination that a person might want to experience the feel-good effects of the herb more than just after the day is done. These people might consume cannabis before work and even on the clock. Of course, in most cases, marijuana use is not tolerated in the workplace.

RELATED: An Essential Legal Marijuana Guide For US Employers — Here Are The Rules

Showing up high can bring about its own fair share of troubles. It is also possible that excessive cannabis use could hinder a person’s productivity, making them a target for disciplinary action, or perhaps even landing them in the unemployment line. Any person willing to risk their livelihood to stay high, well, they may need to reevaluate everything.