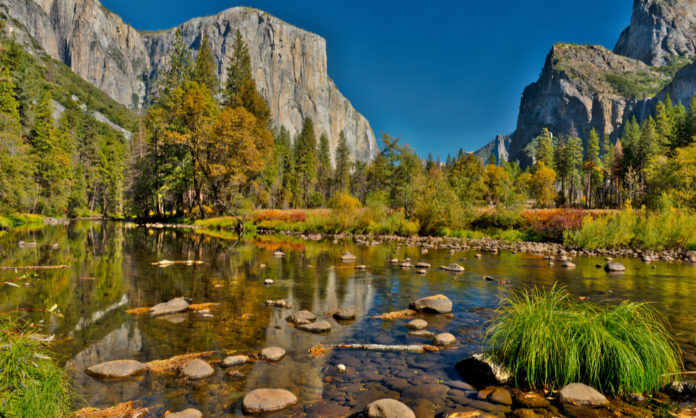 The world’s first national park, Yellowstone has wowed visitors with its 3,500-sq. miles of wilderness and volcanic action since 1872. The setting is almost too perfect for nature-loving cannabis enthusiasts, with many vacationers undoubtedly tempted to sneak in some product and light up on a trail.

National Park Cannabis Policies: What You Need to Know

If you acquire a misdemeanor related to a cannabis charge on federal land, the federal government is still required to check in to ensure you’re getting drug tested—even if you reside in a legal state.

To answer these questions, we got in touch with Alex Freeburg, a criminal defense attorney who represents people accused of smoking or possessing cannabis in Yellowstone and Grand Teton National Parks. If you think possession in parks is a non-issue, Freeburg would disagree—he’s had at least six cases this year alone, and that number will only balloon once the summer months get into full swing and the parks start to fill.

Freeburg clarifies that just because you’re in a sprawling forested area doesn’t mean you can sneak a puff and get off scot-free. Federal land goes by federal rules. “The feds have way more resources than the states do,” says Freeburg.“The feds are nationwide.” This means that if you acquire a misdemeanor related to a cannabis charge on federal land, the federal government is still required to check in with you in your home state to ensure you’re getting drug tested—even if you reside in a legal state.

“In my experience—in Wyoming—on a first defense pot charge, you can get on probation,” says Freeburg. “If they’re not from Wyoming no big deal, they go back to their home state and there’s no Wyoming probation officer, you know, to check up on you in California. But with the feds, there is.”

Instead of going about your life after dealing with legal issues in Wyoming, there’s still a big possibility that you may be obligated to provide urine samples for testing from back home—and if the tests come out positive for cannabis you may lose your probation, even for those surrounded by legal dispensaries in their state of residence.

Not only is probation a headache, you could be dealing with a cannabis charge for at least three to six months, as well as having to fork over some cash. Freeburg says, “Yellowstone is the crown jewel of our national parks and it gets three million visitors, so you’re looking at [about] $795 for a conviction [there], but that’s a ballpark number. At other parks, I believe it’s around $200.”

Three to six months may not sound like a huge deal in the long run, but there are always exceptions to the rule, and Freeburg has seen it all. He had a recent client who pleaded guilty for possession and went on probation, but when that client went back to his home state he ran into some unfortunate issues. “This is the only time I ever heard of this, but they forced him into a group home—he was from Georgia—for pleading guilty on a pot charge. He hired me to deal with all of this and they had him on probation for less than a gram of pot. He left the halfway house and got six months in jail—which is the max you can get. So, in the end, the way you can get jail time on these charges is if you violate probation. It’s an extreme story, but it has happened.”

There are myriad ways that cannabis cases can devolve for the worse, even when you think you’re good to go. According to Freeburg, the most common case occurs when a “person arrives late and finds out that all campsites are full, decides to sleep in the car, and takes a puff before sleeping. Then the ranger wakes them up to say ‘no sleeping in your car’ and smells the weed.” To avoid such a scenario, always check to make sure you have everything tucked away and under a tight lock before letting your guard down.

Play It Safe and Know Your Rights

Not wanting to see others go through the same ordeals as his clients, Freeburg outlines some helpful tips below for if you’re planning on visiting a national park such as Yellowstone:

We strongly recommend heeding Freeburg’s advice and always consuming cannabis in a safe, legal, and comfortable setting. While the trail to legalization is well on its way to being blazed, an unlucky run-in can still have a negative impact your life—and that’s not something any of us want to deal with. [Souce: Leafly]